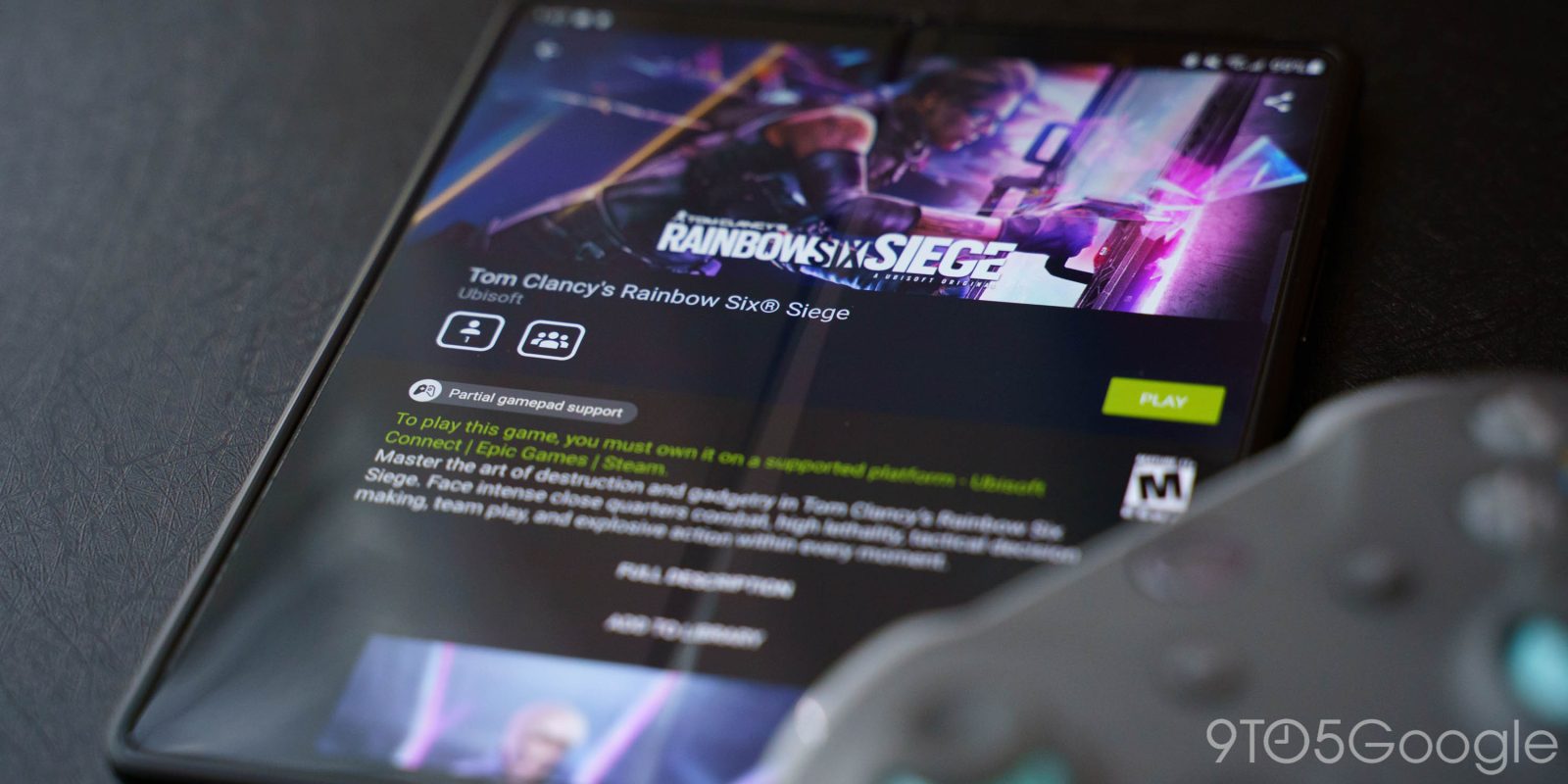 With the power of NVIDIA GeForce NOW and cloud gaming, you no longer need to play watered down “mobile” versions to enjoy your favorite shooters from your Android phone or tablet. And it’s about to get even better with Far Cry 6 coming soon to GFN and a new season of Rainbow Six Siege launching this week alongside a free-to-play weekend.

For this weekend only, you can get access to the full game including all maps and modes, all playable on GeForce NOW for completely free.

Between looter-shooters like Destiny 2 and The Division 2, tactical options like Rainbow Six Siege and Counter Strike: Global Offensive, and strong single-player titles like Far Cry 6, there’s a wealth of options to get your fill of gunplay on GeForce NOW.

Of course, one of the real advantages of cloud gaming is the ability to take your games anywhere that you can find good internet, a task that should only get easier as 5G networks become more widespread. To that end, today we’re going to look at some essential tips and tricks to getting the most out of your favorite shooters while gaming on the go with GeForce NOW.

Tips for playing shooters from your Android device

Win before you begin

Keyboard and mouse are your friend — It should go without saying that the best way to play a shooter, especially a first-person shooter, is with a keyboard and mouse. A well-configured mouse that you’re practiced with will almost always be significantly more accurate than a controller. GeForce NOW on Android has support for keyboard and mouse controls, which should work out great when playing from a larger device like a foldable or tablet.

Find a good controller anyway — Of course, if you want to bring your gaming fully on the go, there are many places where a keyboard and mouse won’t make sense, as you won’t necessarily have a flat surface to play from. In those moments, your options are to either pack a good controller or try to play with the built-in touch controls, and you can imagine which will get you a better K/D in Rainbow Six: Siege. Plus, a good controller mount can hold your phone up at a good distance and angle for playing.

Plug in whenever you can — Nowadays, almost everything can connect wirelessly via Bluetooth, but without fail Bluetooth will add a bit of extra input lag to your game. Whether you’re using a keyboard and mouse or your favorite controller, try plugging them directly into your Android phone via USB-C when playing shooters on GeForce NOW. In some cases, the difference will be immediately noticeable, with less delay between the pull of a trigger and your in-game gun responding.

Mind your radar — This should go without saying, but when playing a shooter, you need to be aware of the presence of any and all potential enemies in your vicinity. Most games will offer you a radar in the corner to tip you off to their location before you end up inadvertently in their crosshairs. Playing on a smaller screen, you may need to adjust your own senses a bit to check the corner with more than just your peripheral vision. Get the drop on your enemies, not the other way around.

Bring your squad — When playing any multiplayer game, but especially a tactical shooter like Rainbow Six Siege, communication is critical. Whenever possible, invite some friends to your game, and use the in-game voice chat or an app like Discord to strategize. Of course, to do so, you’ll need a good headset, and just like your controller, be sure to plug in if possible to reduce audio delay.

Listen carefully — Speaking of headsets, your ears can be just as important as your eyes when trying to locate enemies. Be mindful of the sounds of footsteps, gunshots, explosions, and even just objects moving or falling. Any of these can potentially help tip you off to a foe before they’ve gotten close enough to appear on your radar.

Branch out — While there’s something to be said about obtaining a level of mastery over a game and its mechanics, it’s important to take time to play more than one shooter. Or better yet, play games from other genres. You would be surprised what lessons a MOBA can teach you about tactics and teamwork that can be easily applied to a shooter, or what you can learn from Rainbow Six Siege to apply to Destiny 2.

If you’re ready to pick up your phone and dive in to a good first-person shooter, Rainbow Six Siege is celebrating the launch of their newest season of content by hosting a free weekend starting today. Between now and September 13, you can play all maps and modes entirely for free, including through GeForce NOW.

Have you got some good tips for playing your favorite shooters on an Android phone? Be sure to share them in the comments below.