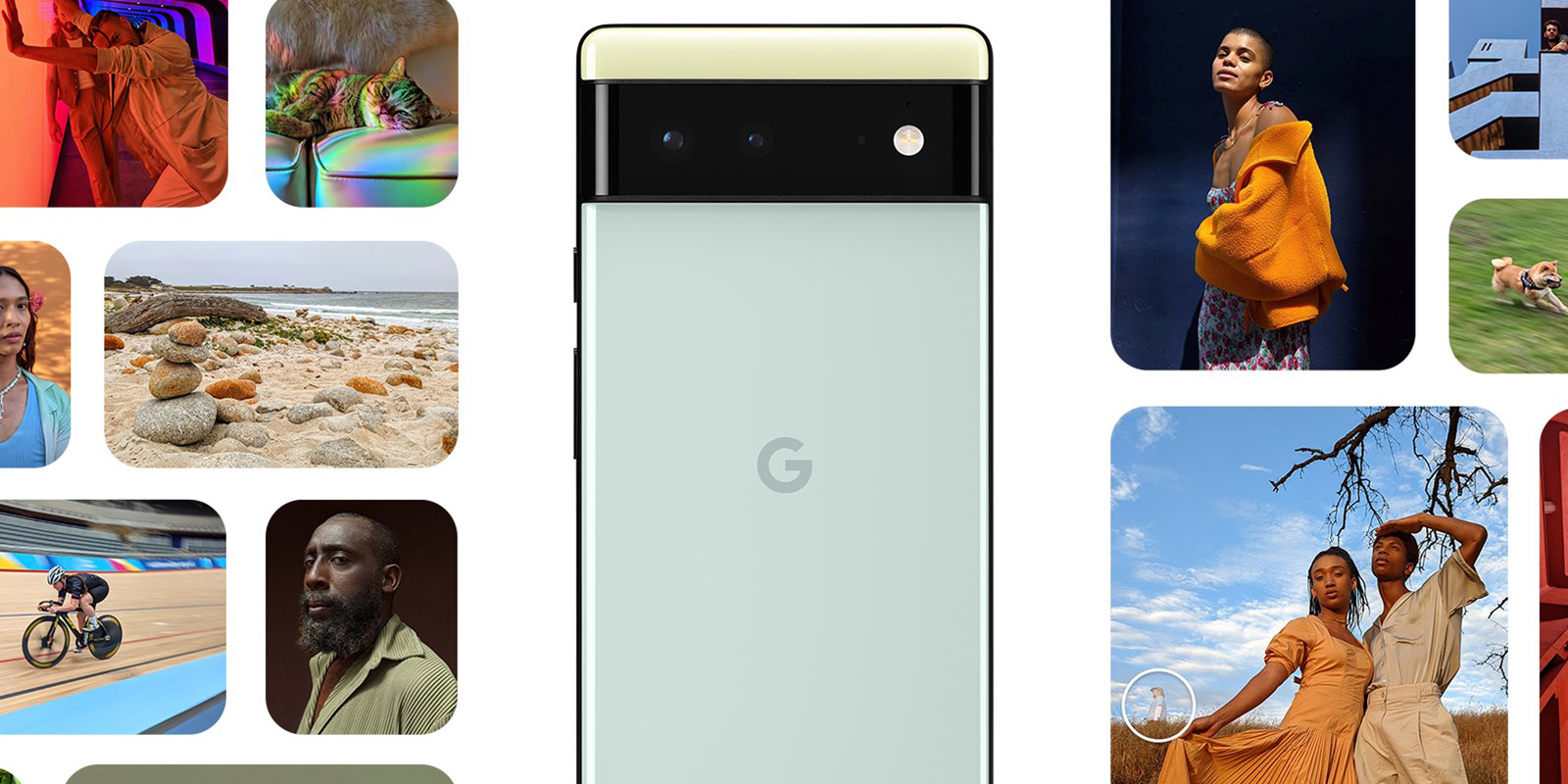 The Pixel 6 series is set to deliver the biggest camera overhaul the Pixel lineup has ever seen, and now a pair of marketing sites are giving us more insight into what this camera refresh will deliver including a new feature called “Magic Eraser.”

A marketing site posted by Carphone Warehouse (via @evleaks) gives us a sense of how Google will advertise the camera in the Pixel 6 series, and it’s clear the company is leaning into its overhauled hardware.

The page explicitly confirms includes a 50MP primary sensor on both phones, with Google saying this new sensor can capture 150% more light compared to what was in the Pixel 5. A further image also shows the physical difference in size between the two sensors. As with anything in the camera world, a bigger sensor leads to better shots both in terms of light capture and in natural bokeh (blur). The page goes on to confirm Pixel 6 Pro will have a 12MP ultrawide camera and 48MP 4x telephoto camera.

The differences between the Pixel 6 and Pixel 6 Pro are also, once again, put on display. As previously announced, the Pixel 6 will lack the 4x telephoto camera found in the Pro, but these listings also point to the Pixel 6 having an inferior selfie camera. A 94-degree FOV selfie camera is also mentioned on the Pro’s listing, but not for the base model. Notably, though, it seems RAW quality is required to get the full field of view.

Beyond the physical hardware, this page also goes over some key Pixel 6 camera features, most notably including “Magic Eraser.”

“Magic Eraser,” which leaked last month without any clear details, will apparently be powered by Google Photos, and will have the ability to remove “stranger and unwanted objects.” In a footnote, though, Google mentions that the feature “may not work on all image elements.” Similar footnotes can be found on mentions of the deblur feature. Google also calls out better handling of skin tones.

Magic Eraser makes distractions disappear with a few taps. Remove strangers and unwanted objects in Google Photos, so the people and places that you capture remain the true stars.

There are further mentions of portrait mode, the previously confirmed “Face Deblur,” and also “Motion Mode” which appears to “add extra depth” to a shot by leaving some sense of motion in the shot. In the example, Google uses a Ferris Wheel spinning behind two subjects who are still. Google also directly mentions improved portrait shots that more accurately handle skin tones.

Somewhat concerningly, Google doesn’t talk about video in either of these marketing sites despite hyping up the feature in its initial teasers.

You can check out the two sites for Pixel 6 and Pixel 6 Pro to see everything in one place, but we assume these pages will be taken down sooner than later.