Poll: Which Pixel Fall Launch announcement are you most excited for? 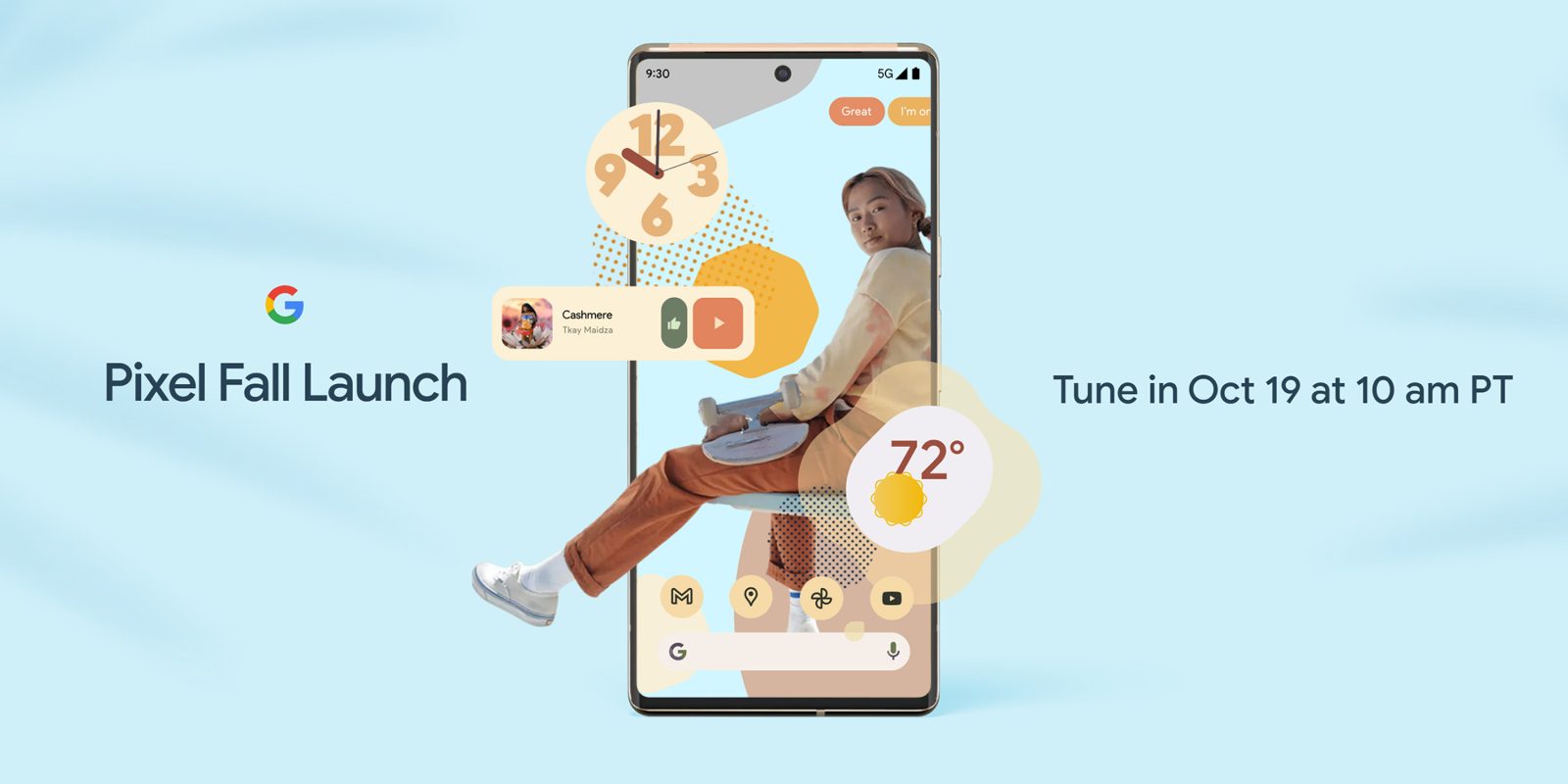 Did you know that Google’s upcoming Pixel Fall Launch event will include more than just smartphone announcements? Yes, we’re going to see some other stuff too!

Not everyone is in the market for a new device, even if the Pixel 6 and 6 Pro look to be very enticing given all the leaked information and tidbits. We’re expecting a little more than just smartphones, and Google could even throw a little surprise in to keep everyone guessing. Although that is likely, we have a fairly good idea of what is coming and we’re intrigued as to which individual announcement you’re most interested in ahead of the Pixel Fall Launch.

Signifying a major step back into the mindshare of tech fans, the Pixel 6 and 6 Pro are also a rebirth for the Made by Google series. Notable hardware upgrades are finally set to come with a new chip, high-end internals, and a massive camera upgrade in tow. The “little and large” duo will also diverge for the very first time in meaningful ways.

If you’ve lived under a rock for the past few weeks, you’ll probably know exactly what is coming. We’ll see 6.4-inch Pixel 6 and 6.7-inch Pixel 6 Pro announced during the Pixel Fall Launch keynote. The cameras are getting a major upgrade with 50-megapixel sensors coming, a brand-new Tensor chip, design refresh plus more on top.

Are you a software junkie? Does the Material You + Dynamic Color overhaul as part of the delayed Android 12 launch have you salivating at the prospect of installing on your existing Pixel phone? There is no shortage of information on what is coming with Android 12, but there could be a few extra surprises thrown in with special features likely taking advantage of the Tensor chip that might not make it to older models upgrading OS.

The Tensor chip is arguably a bigger deal than the Pixel 6 and 6 Pro. It is rare to see new chipsets in the mobile space, and Google clearly wants something more bespoke than an off-the-shelf Qualcomm chip to power the Pixel line moving forward. These early steps could signify a change in favor of fortune what has been a quietly popular smartphone series so far.

Tensor’s announcement during the Pixel Fall Launch event will also uncover some of the performance-rating mysteries surrounding the chip. Can it match or exceed the Qualcomm Snapdragon 888? We are very eager to find out.

Maybe the updated Pixel Stand is lower down your list of anticipated announcements during the Pixel Fall Launch event. It’s hard to get excited by a wireless charging stand, but you may be intrigued by faster charging and a few extra features. A new UI appears to turn the Pixel 6 into a mini Nest Hub with smart home controls, music player, and more. It could be a great desk companion for an existing Pixel or the new Pixel 6 series.

What product announcement are you most excited for ahead of the Pixel Fall Launch event? Vote in the poll below and tell us in the comments section below.