‘Batman: Arkham Knight’ is the first game to be powered by white-label Stadia streaming 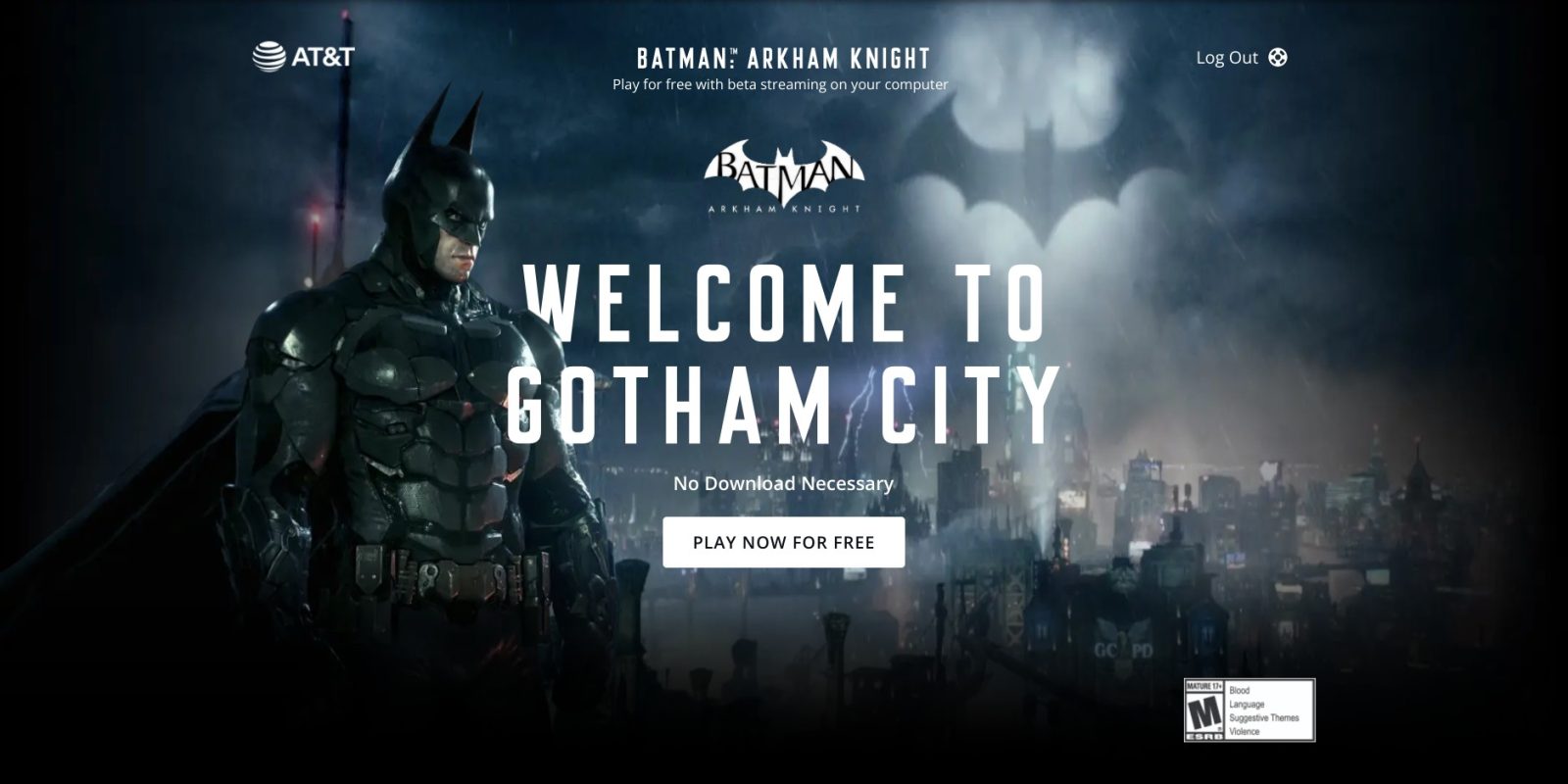 AT&T is working with Warner Bros to offer a streaming version of Batman: Arkham Knight, powered by Stadia’s streaming technology.

When Google began the process of shutting down Stadia Games and Entertainment, it was announced that Google would begin working with partners to offer Stadia’s streaming capabilities. Many saw this as a sign that Stadia would become the backbone for streaming services, being “Stadia” in everything but name.

Today, thanks to Warner Bros and AT&T, we have our first example of Stadia acting as the behind-the-scenes provider for another service’s game. Specifically, current AT&T Wireless customers can stream Batman: Arkham Knight directly from their Google Chrome or Microsoft Edge browser. Interestingly, despite this being an AT&T Wireless promotion, gameplay is only available on desktop/laptop devices, not smartphones.

Once you’ve signed in, using your AT&T phone number and billing zip code, you’re greeted to a landing page with an FAQ and a “Play Now for Free” button. Clicking that play button boots you into a full-screen streaming experience that looks almost identical to what Stadia players have through Chrome today, albeit in a light mode, instead of dark.

Digging a bit deeper, while “Stadia” is not mentioned by name anywhere on the page, we’ve found that the necessary web requests to start streaming connect to Google’s servers and make mention of “cloudcast” which is one of the internal codenames for Stadia’s technology. All signs point to this being “Stadia” in everything but name.

Just like Stadia’s free tier today, AT&T’s Arkham Knight demo allows gameplay in up to 1080p, with no mention of a way to play in 4K — a feature that is currently exclusive to Stadia Pro subscribers. Expectedly, there is also currently no way to connect Google’s official Stadia Controller to the gameplay. That said, you can play with a keyboard and mouse or with nearly any USB/Bluetooth controller.

What’s especially interesting about this demo is that Batman: Arkham Knight, the 2015 finale to Rocksteady Games’ Arkham trilogy, is not currently available on Google Stadia. It remains to be seen whether today’s tech demo will lead to that game, or even the whole trilogy, becoming available to Stadia players.

AT&T is in the process of spinning off WarnerMedia and merging it with Discovery to form “Warner Bros. Discovery.” Until then, it makes sense for AT&T Mobile and Warner Bros. Games to continue working together. The gaming division is confirmed to be part of the new company.

AT&T’s demo of Arkham Knight comes just a few months after AT&T promised that they were optimizing their network for better Stadia gameplay. The prominent “Learn more” link on the Arkham Knight page leads to a general AT&T gaming page, which primarily consists of info about Google Stadia including the carrier’s ongoing promotion offering a free Stadia Premiere Edition bundle.