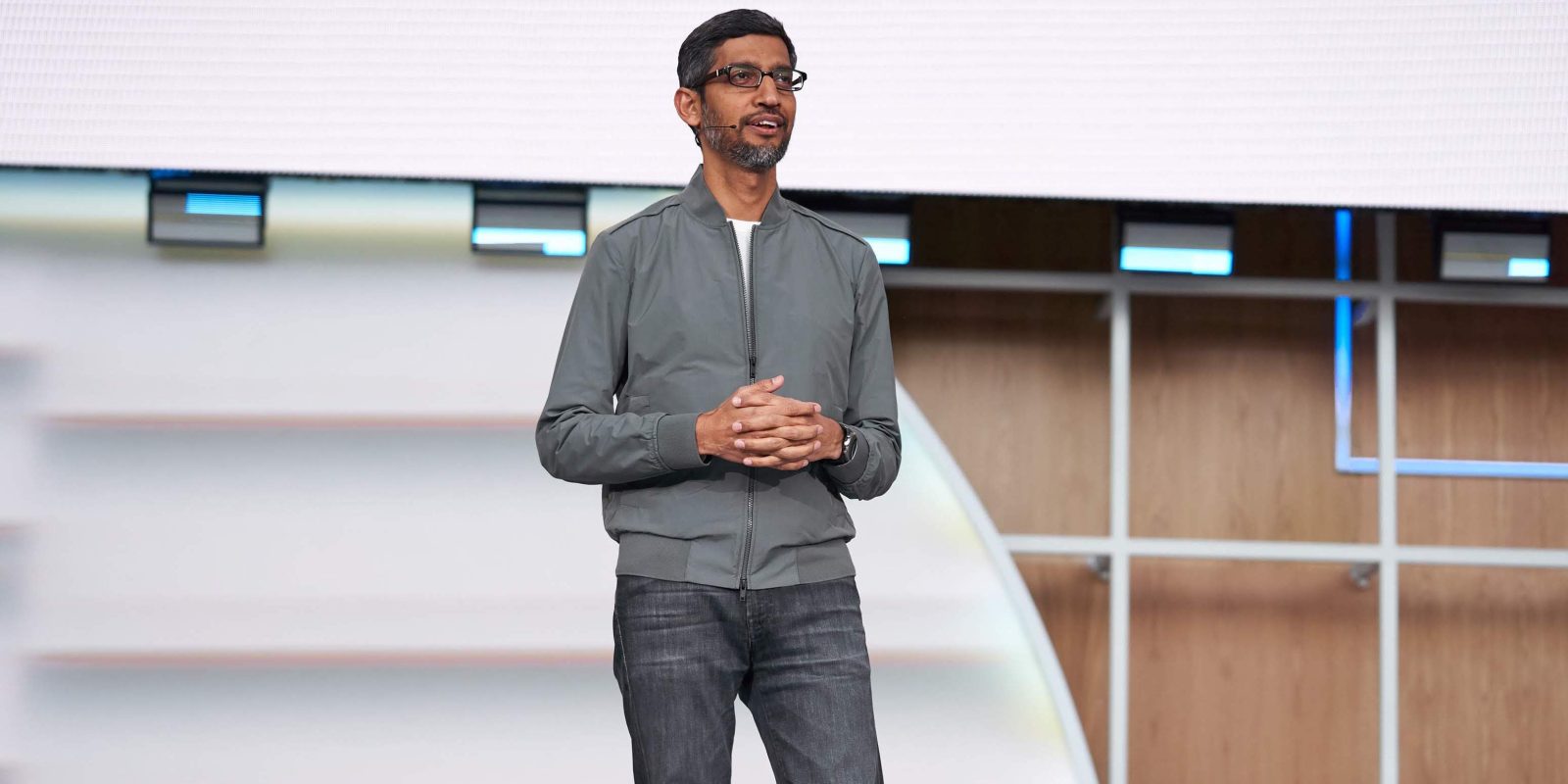 Compared to Meta, Microsoft, Niantic, and a slew of other metaverse announcements, Google has been very quiet about its augmented reality plans in general. In a recent interview, Sundar Pichai gave his thoughts on the metaverse, but positioned Google’s future as a continuation of the core Search mission.

Interviewed by Bloomberg’s Emily Chang, the CEO was asked for his thoughts on the metaverse and Google’s strategy. Pichai didn’t explicitly answer the second question, but started:

“It’s always been obvious to me that computing over time will adapt to people than people adapting to computers. You won’t always interact with computing in a black rectangle in front of you. So, just like you speak to people, you see, and interact, computers will become more immersive. They’ll be there when you need it to be. So, I have always been excited about the future of immersive computing, ambient computing, AR.”

Immersion was also a quality of the metaverse touted by Mark Zuckerburg. When pressed for what exactly the metaverse will be, Pichai said:

“The way I think about it is evolving computing in an immersive way with augmented reality.”

He then acknowledged how there will be many experiences as part of it, including “immersive, interactive virtual worlds.”

The latter is Facebook/Meta’s current aim for building software and hardware. This interview did not yield a similar roadmap for Google’s ambitions in the area beyond Pichai, reiterating that computers – specifically, help – will be available everywhere (ambient computing) in the future, while AR was explicitly touted as being a part of that.

Following moves by the big tech players, it emerged last week that a new “Google Labs” group now oversees the company’s augmented reality work. Google has been very quiet about its work in AR. It has smart glasses expertise from the remnants of Glass (Enterprise) and the North acquisition, but is otherwise very mum about hardware developments. On the software front, it’s focused on Lens and Maps Live View.

As for what Google is currently interested in, the rest of the Bloomberg interview reveals the company is still very focused on Search. Pichai believes that “search is our biggest moonshot as a company.” It’s not the first time he said that Google’s mission is “timeless.”

This speaks to Assistant as the voice UI for various smart devices, while Google Lens covers visual search. The latter is currently limited to smartphones, but it will truly shine on glasses.