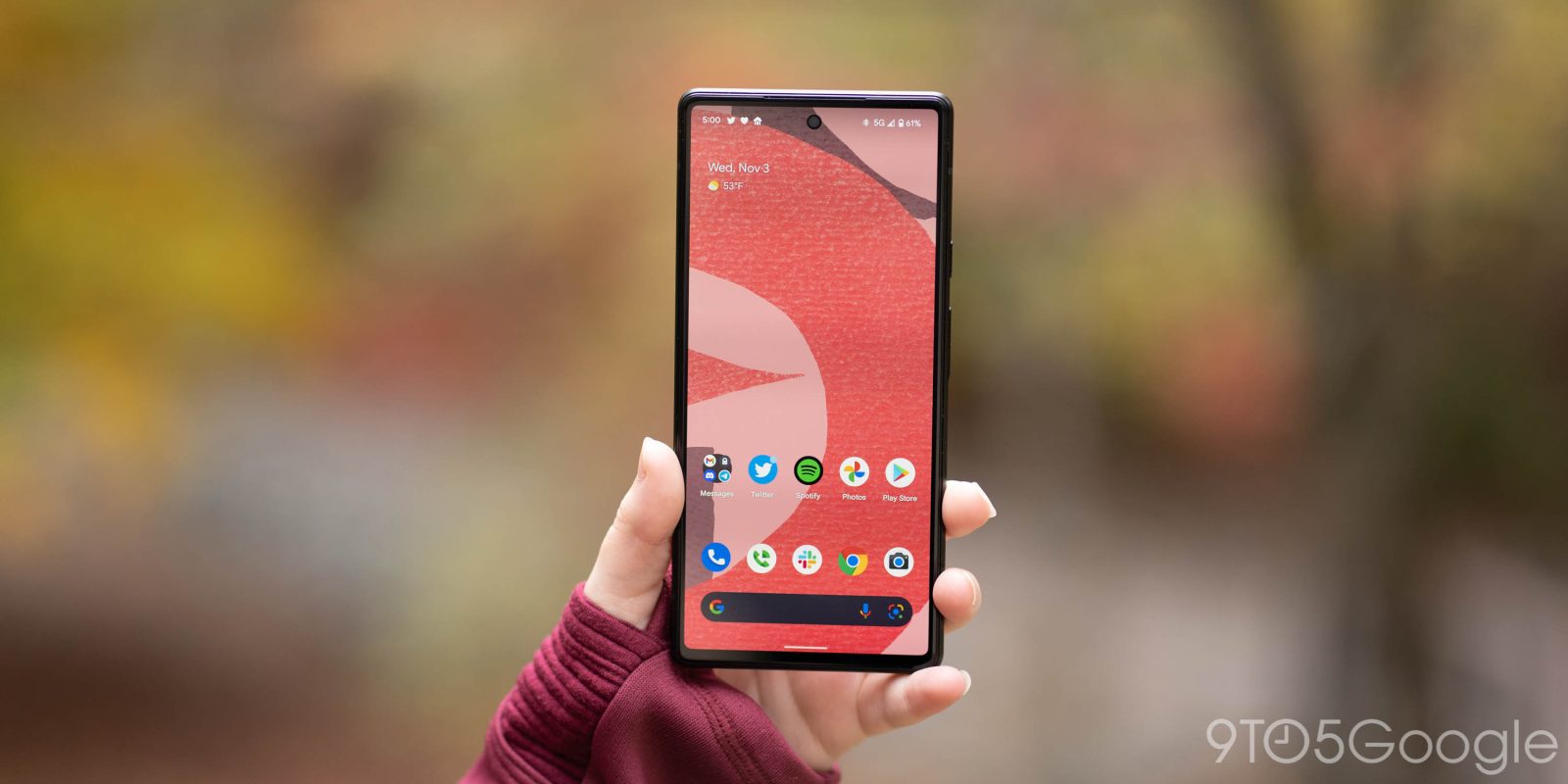 We are now tracking some seriously impressive Black Friday Android smartphone deals as the biggest shopping event of the year rolls on. With massive price drops landing on the latest models from the biggest brands out there, including Google, Samsung, Sony, and OnePlus, just to name a few, shoppers and gift-givers can now take advantage of massive price drops on some of teh best Android smartphones. Be sure to head below to browse through the most exciting Black Friday Android smartphone deals our team at 9to5Toys has uncovered.

The Black Friday festivities are now in full swing with some of the best deals now live on handsets from Google, OnePlus, Sony, and Samsung. We are now tracking some of the lowest prices ever on the entire lineup of OnePlus smartphones, as well as Samsung’s latest foldable models, Google Pixel 6, and some of the very first cash discounts ever on smartphones that just released this fall.

Best Buy is now offering a Black Friday discount on the unlocked Google Pixel 6 128GB Android Smartphone at $549 shipped. Those who activate on a carrier today can drop the price to $499, as well. Matched at Target where RedCard members can save an extra 5%, making the total $521.55. In either case, you’re looking at the first direct cash discount on the new release with as much as $100 in savings from the usual $599 going rate to mark a new all-time low. Dive into our hands-on review and then head below for more:

If you’d prefer to take the pre-paid route, Visible Wireless is making that worth your time by bundling either the Google Pixel 6 or 6 Pro with up to $200 in gift card credit and a pair of the Pixel Buds A-Series. That’s $299 in added value on top of grabbing an unlocked smartphone.

Today only, as part of its Black Friday Deals, Amazon is discounting a selection of Samsung Android smartphone and accessories headlined by the Galaxy S21 Ultra 5G at $899.99 shipped. Down from the usual $1,200 price tag, this is matching the Amazon all-time low set only once before at $300 off. Samsung’s new foldables may be stealing the spotlight as of late, but those who want a more traditional smartphone experience will find its latest Galaxy S21 Ultra to deliver on all the expected flagship specs. There’s a 6.8-inch Dynamic AMOLED 2x 120Hz display at the center of the experience, which is powered by a Snapdragon 888 SoC and backed with 12GB of RAM. Then to round out the package, you’ll find a quad-sensor system and S Pen support. You can dive into our hands-on review for a closer look before heading below for more.

Motorola launches up to $600 off Android smartphone sale from $180

Motorola is now getting in on the Black Friday 2021 savings with the launch of its new sale today that’s taking up to $600 off its latest selection of unlocked Android smartphones. With free shipping across the board, you’ll find Amazon matching several of the discounts, too. Our top pick is the Motorola razr 5G 256GB at $799.99 in several styles. Down from the usual up to $1,400 going rate, today’s offer is marking a return to the all-time low for only the second time at the full $600 off. Plus you’ll find even more starting from $180 right here.

Black Friday price drops are now live on the latest foldable handsets from Samsung with up to $300 in savings over at Amazon. The unlocked Samsung Galaxy Z Fold 3 5G is down to $1,499 shipped from the typical $1,800 price tag, marking the best we’ve seen set only once before this summer. As the latest flagship folding smartphone from Samsung, its new Galaxy Z Fold 5G arrives with 7.6-inch Infinity Flex display that pairs with a secondary 6.2-inch Dynamic AMOLED screen on the cover. Everything is powered by a Snapdragon 888, which is supplemented by 256GB of storage, 12GB of RAM, and a 3-sensor camera around back.

This morning saw the the unlocked Sony Xperia 1 III 256GB Android Smartphone drop to $1,198 shipped. Having just released this fall, you’re looking at the very first discount with $100 in savings alongside a new all-time low. Delivering the latest smartphone from Sony, the Xperia 1 III packs professional-grade features like a 120Hz 4K display. Though the flagship specs don’t end there, as you’ll also find a Snapdragon 888 SoC backed by 12GB of RAM and 256GB of storage, which can be expanded by up to 1TB with its microSD card slot.

The best prices of the year now live from OnePlus

Headlining the price drops, you can now pick up the OnePlus 9 Pro at $799 shipped, or for $1 more at Amazon. Typically $1,069, you’re looking at the best price to date at $1 under our early Black Friday mention earlier in the month and a total of $270 in overall savings. OnePlus 9 Pro delivers the brand’s latest flagship handset with a Snapdragon 888 SoC at the center of the experience to power the 6.7-inch 120Hz 1080p display. Its 5-sensor camera array is supported by Hasselblad’s fine-tuning, and there’s also 65W Warp Charge functionality, too.

The unlocked OnePlus 8T 256GB Android Smartphone is now starting at $449, with a a free pair of OnePlus Buds Z as well. Powered by a Snapdragon 865 processor, there’s a 6.55-inch 120Hz display, 5G connectivity, and Warp Charge technology.

Amazon is now offering the unlocked OnePlus Nord N200 64GB Android Smartphone for $199.99 shipped. Normally fetching $240, you’re looking at a match of the all-time low set just once before back in July as well as the lowest price since. Delivering a more affordable way to get in the Android game, the OnePlus Nord N200 still packs some more enticing features like 5G connectivity and a 6.49-inch 90Hz HD display. Its sizable 5000mAh internal battery delivers all-day battery life and then some, with a triple sensor camera array around back completing the handset. Dive into our launch coverage for a closer look.