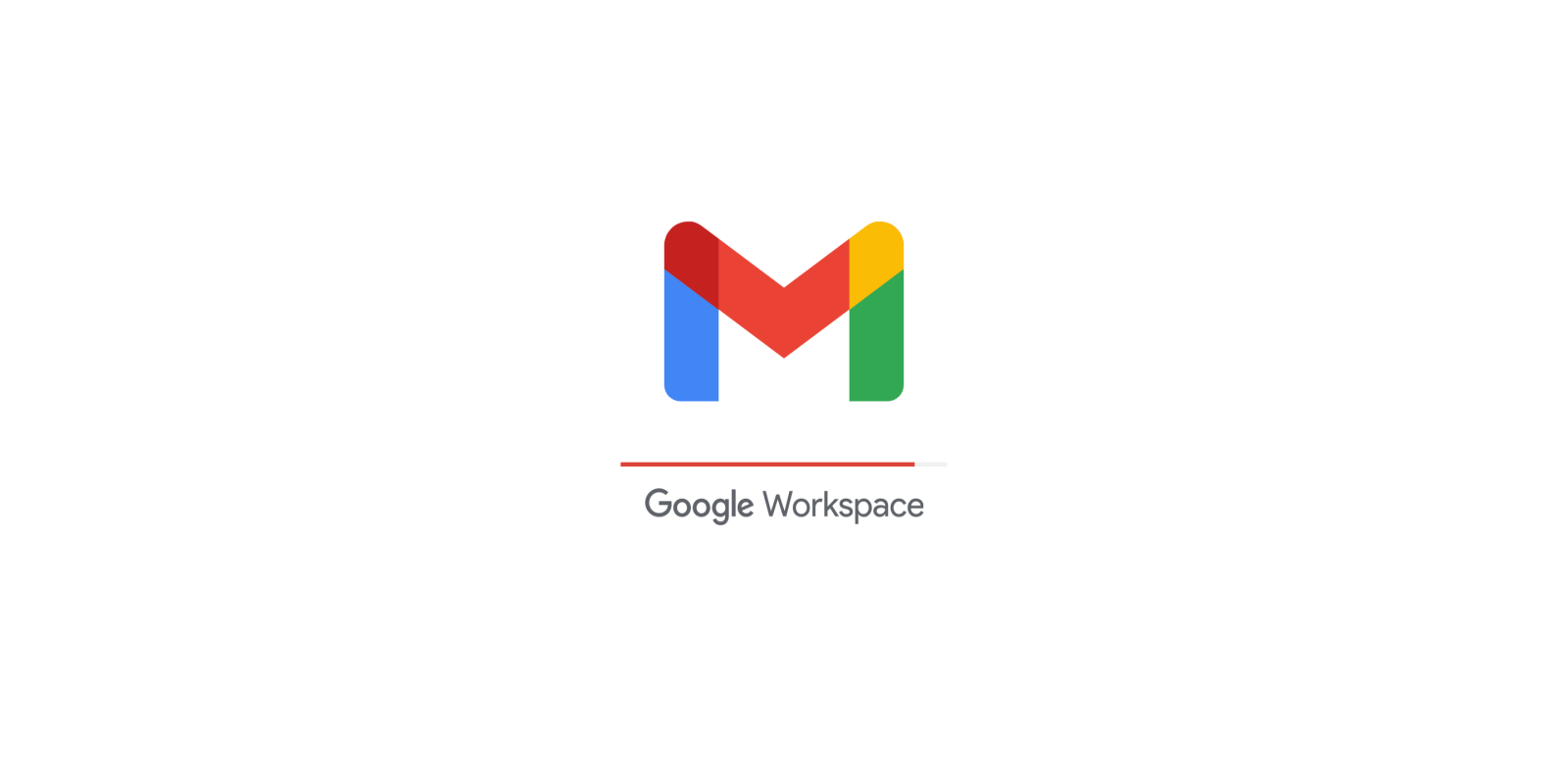 On Monday, Google made Workspace available “for everyone” with free, personal accounts able to turn on the integrated Gmail experience with Chat and Rooms — soon to be called Spaces. Alongside that, Google Workspace branding now appears on the Gmail web client.

Update 12/2: Version 2021.11.14.x brings the Google Workspace branding to Gmail for Android. Compared to the splash screen app icon, it does not animate in.

Update 7/7: “Google Workspace” now appears on the Gmail for iOS splash screen following today’s version 6.0.210613 update. Oddly, it’s currently only showing up on phones and not the iPad client. Similarly, the Spaces icon (three side-by-side people from the shoulder up) is starting to replace the previous one for Rooms (two squares and a rectangle) in the bottom bar.

Original 6/16: When you load Gmail (in a new tab or after an extended period with no page refreshes), the service’s logo animates in as a red bar notes progress below. This splash screen also gives users the option to “Load basic HTML (for slow connections).”

The “Google Workspace” logo now appears here on both personal and paid, enterprise accounts. The first part is bolder, while the second uses a thinner Google Sans. The mobile apps currently lack a splash screen, but that could change with Android 12’s push. It’s purely a branding change but one that comes as the company is explicitly pushing “Google Workspace for everyone.”

While it technically started rolling out in April, Google made official on Monday the ability to enable Chat — thus disabling classic Hangouts — and have it appear in Gmail. On mobile, this takes the form of new Chat and Rooms tabs joining Mail and Meet, while the sidebar gets longer on the web — though Google announced redesigned navigation online that’s set to arrive later this summer.

Google imagines regular people using its productivity apps outside of work to organize family or community events. This vision involves using Spaces to work on a shared Document and have a Chat feed appear on the left while making it easier to quickly start Meet calls.