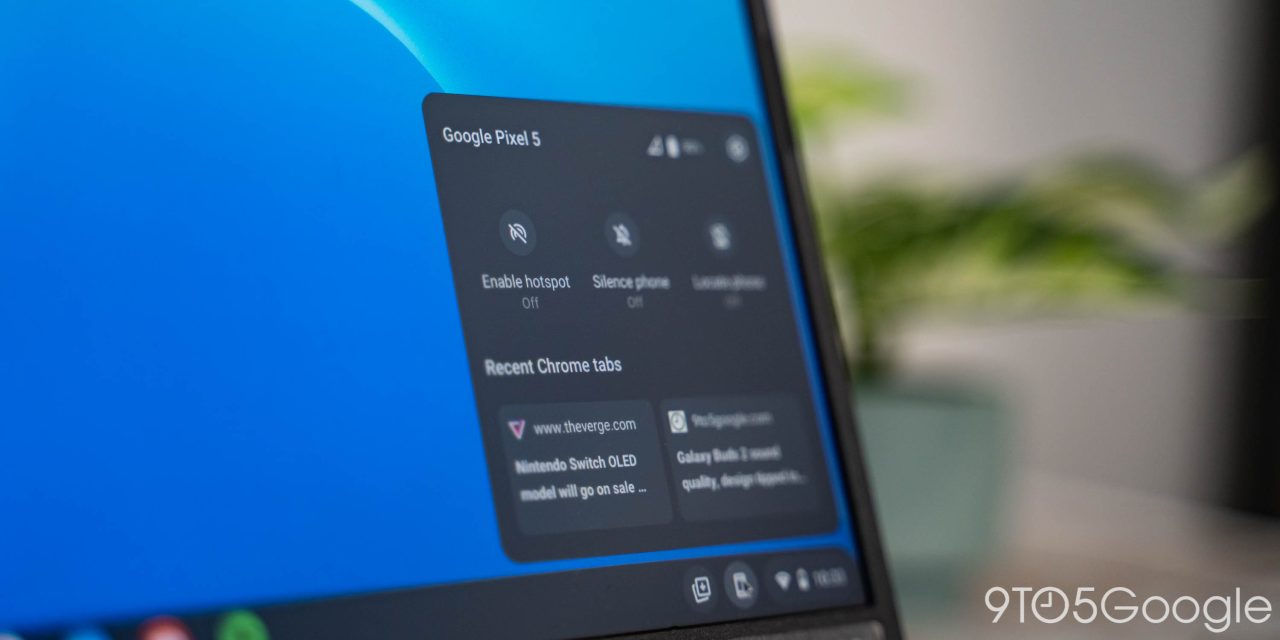 This year, Google wants to improve the cross-device experience across Android and Chrome. At CES 2022, Google previewed a slew of upcoming integrations for Chrome OS.

It starts with a new “Quick Setup” out-of-box experience for your Chromebook. According to Google, your Android phone will be able to speed up the Chrome OS set-up process “later this year.” The existing “Get started” process remains unchanged, but “Setup with Android phone” will automatically enter the Wi-Fi name and password already saved on your mobile device to the Chromebook. Then, your Google Account will transfer over after only authentication (finger or passcode) on the phone.

Meanwhile, the messaging experience on Chromebooks is greatly expanding beyond the Google Messages Progressive Web App (PWA) for SMS/RCS. You will be able to access any chat app on your Android phone from a Chromebook without even having to install the application via the Play Store.

Your conversation will appear as a chat window in the dock, according to a graphic provided today. From what we’ve seen, this feature looks to leverage phone screen streaming/mirroring and remote commands/input. This update is also coming “later this year,” per Google.

In the near term, your phone’s camera roll will appear in the Phone Hub to quickly share photos and videos, and Fast Pair is coming to speed up compatible headphone setup.