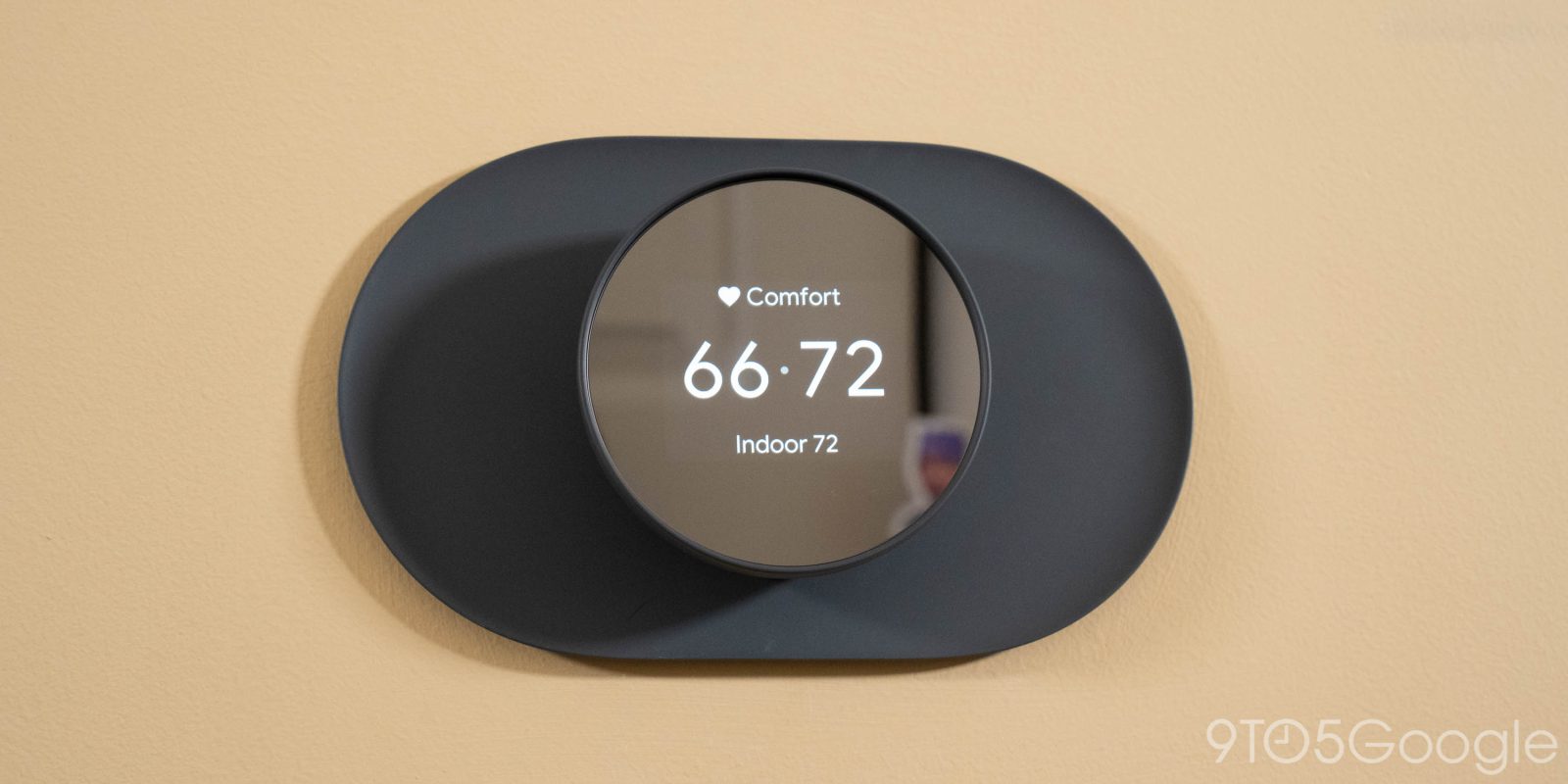 Google’s long-term goal for its hardware is having technology that’s always available in the background to help. The latest work towards Ambient Computing from Google is about “hidden interfaces” where the display is invisible unless being used. This is similar to the 2020 Nest Thermostat with its mirror-finish screen.

Google Research today detailed its work on these “Hidden Interfaces for Ambient Computing.” This is just an exploration of hidden displays and far from being used in actual Google hardware.

A graceful integration of devices requires adaptation to existing aesthetics and user styles rather than simply adding screens, which can easily disrupt a visual space, especially when they become monolithic surfaces or black screens when powered down or not actively used.

Looking at the technology landscape, the company believes AMOLED is too expensive and complex (manufacturing-wise) for ambient computing, while LCD and E-Ink “do not have sufficient brightness to penetrate materials.”

Google turned to passive-matrix OLEDs (PMOLEDs) that benefit from a “simple design that significantly reduces cost and complexity.” However, it first reduced flicker and increased brightness by switching to parallel rendering instead of scanline rendering. The differences are detailed in the full blog.

To implement proof-of-concept hidden interfaces, we use a PMOLED display with 128×96 resolution that has all row and column drivers routed to a connector for direct access. We use a custom printed circuit board (PCB) with fourteen 16-channel digital-to-analog converters (DACs) to directly interface those 224 lines from a Raspberry Pi 3 A+. The touch interaction is enabled by a ring-shaped PCB surrounding the display with 12 electrodes arranged in arc segments.

The end result, which involved creating an efficient font for the new display tech, was demos of a scalable clock, caller ID display, zooming countdown timer, and music visualizer.

The per-frame-control of font properties coupled with the high frame rate of the display enables very fluid animations — this capability greatly expands the expressivity of the rectilinear graphics far beyond what is possible on fixed 7-segment LED displays.

The parallel PMOLED proved brighter than AMOLED on most materials tested, including a mirror, textile, wood veneer, and acrylic.

In the future, the team wants to aim for “images and complex vector graphics,” as well as more efficient hardware designs.