Google previews how password-killing ‘passkeys’ will work on Android, Chrome 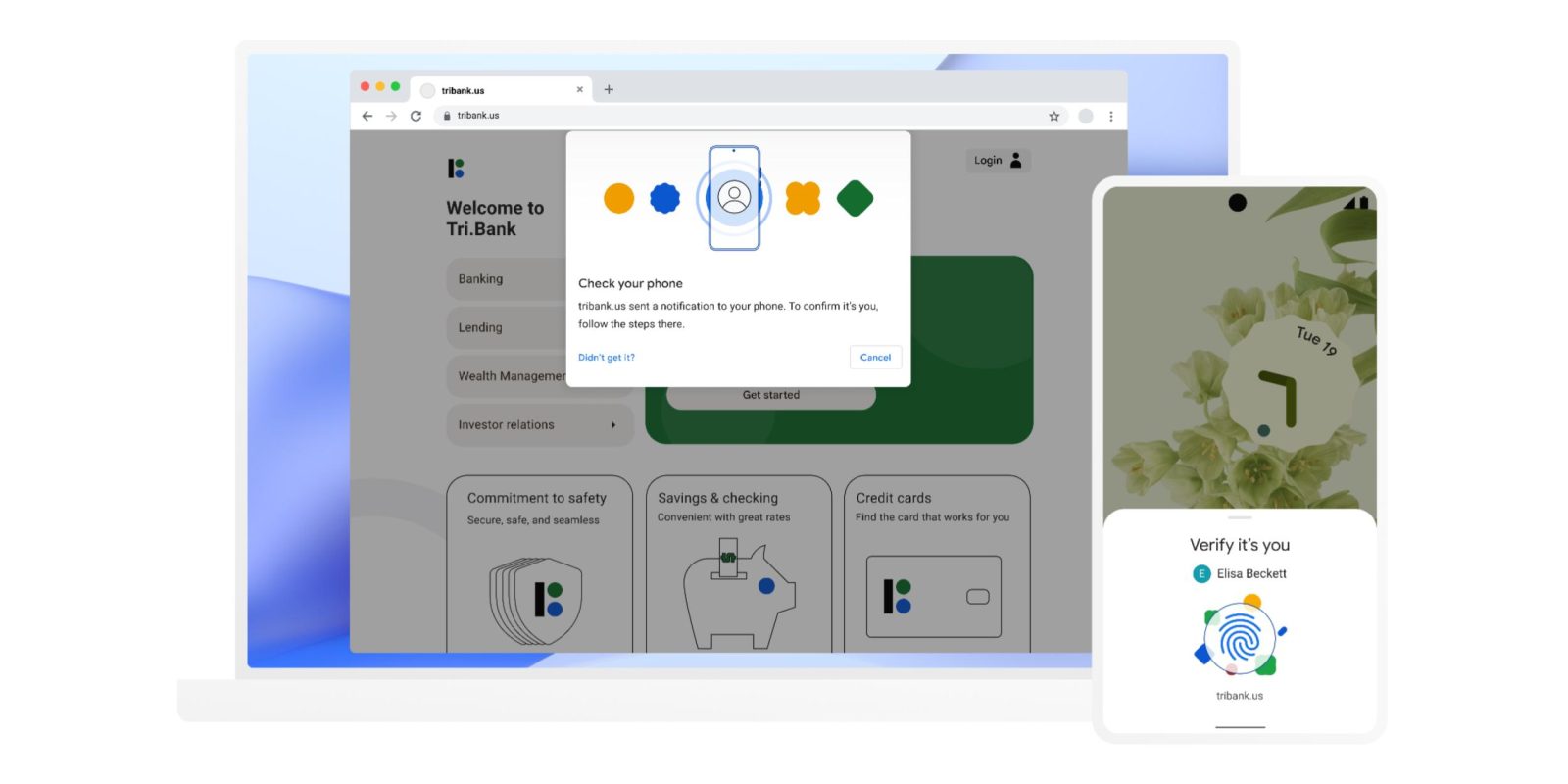 Following our report last month, Google today announced its support for “passwordless FIDO Sign-in standards” and previewed what the end-user experience of passkeys on Android and Chrome will look like.

Google has been working to replace passwords for the past decade or so due to people’s poor password hygiene (i.e., reusing credentials across multiple services), vulnerability to data breaches, and phishing scams.

Today, in honor of World Password Day, we’re announcing a major milestone in this journey:  over the next year all major device platforms have committed to building in support for passwordless FIDO Sign-in standards. We plan to implement passwordless support in Android & Chrome.

Apple (iOS, macOS, Safari) and Microsoft (Windows, Edge) are also supporting the new standards, thus simplifying “sign-ins across devices, websites, and applications no matter the platform — without the need for a single password.”

How passkeys on Android, Chrome will work

Your Android phone will store a “passkey” that’s used to unlock an online account (in Google Chrome). Instead of entering a password to sign into a website or app, you just unlock your mobile device. Passkeys are synced to the cloud (Google Account) and transferred when you get a new phone or if it’s ever lost.

The passkey makes signing in far more secure, as it’s based on public key cryptography and is only shown to your online account when you unlock your phone.

On desktop computers, the first log-in will require your phone to be nearby for authentication. Afterward, sign-ins just involve unlocking your PC.

Speaking of security keys, in general, there will continue to be support for a “phishing-resistant option for users who do not want to use their phone to sign-in.”

When can you use passkeys

This industry-wide support was announced on World Password Day, with full implementation by OS vendors, online services/websites, and apps expected over the course of 2022 and 2023.

We’re excited for what the passkey future holds. That said, we understand it will still take time for this technology to be available on everyone’s devices and for website and app developers to take advantage of them. Passwords will continue to be part of our lives as we make this transition, so we’ll remain dedicated to making conventional sign-ins safer and easier through our existing products and continued innovation.