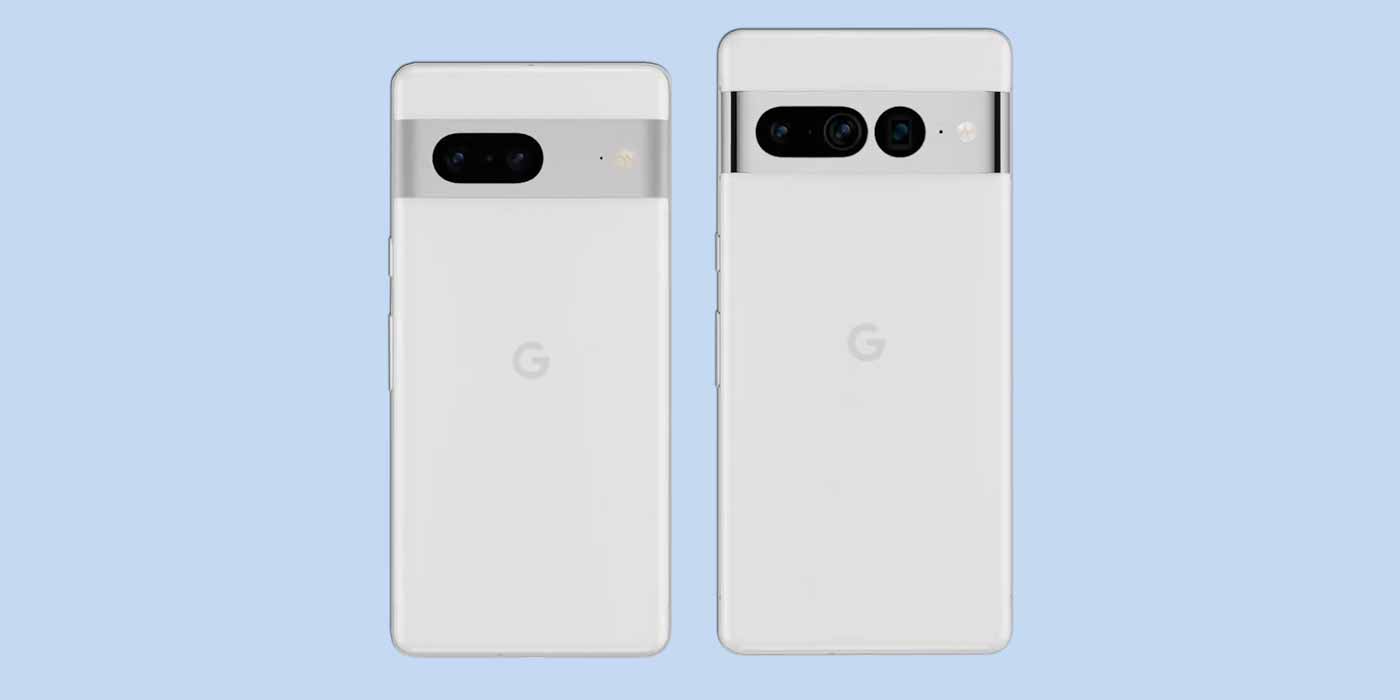 Google’s next flagship series is not all that far away, especially if previous launch period conventions are adhered to. That has us dreaming up a wish list of things we really hope to see from the Pixel 7 and 7 Pro come launch.

The Mountain View firm has wasted absolutely no time in revealing the Pixel 7 and 7 Pro. We know that there is set to be some minor changes to the bug Pixel 6 redesign — hopefully, that means big improvements. As you’d expect, the second-generation Tensor chip is also set to at the very heart of the upcoming smartphone duo, but no details yet on just how it will stack up against its predecessor or the competition.

Our previous Pixel 6 wishlist was well catered for when the devices eventually came to market. That said, a few lingering issues haven’t helped out the current flagship Made by Google smartphones as fans complain about quite a few common issues.

The biggest bone of contention most people have with the Pixel 6 and 6 Pro is the fingerprint scanner. It’s outright the biggest complaint that we have seen. Google is ditching the Pixel 6’s scanner in the upcoming Pixel 6a and at least according to the official early unboxings, it looks like it will be much faster and, hopefully, more accurate.

If an upgraded under-display scanner is used, it needs to be more reliable for everyone that uses the Pixel 7 series. Removing a capacitive fingerprint scanner hasn’t gone quite as well as Google would have hoped. This is why we also would like to see Face Unlock come with the new Pixel series, too. It’s a confusing situation to see the workings of Face Unlock appear within the recent Android 13 Beta builds, but we’d also love to have the option to unlock using facial recognition alongside an in-display fingerprint scanner.

Pixel 4’s Face Unlock was fast and accurate. Although we don’t expect a full return of the feature without a 3D face scanning camera, we hope that Google’s software-based option will finally arrive on the upcoming devices fully baked. Sure, it wouldn’t be quite as secure, but it would be a nice inclusion nonetheless. Maybe, eventually, we’ll see Face Unlock properly return, but until then, we can at least hope.

Slapping a 4x periscope zoom lens into the Pixel 6 Pro was an excellent decision. With the help of Super Res Zoom, images look great even past the 10x zoom range. Add in a sprinkling of Google color tuning and post-processing courtesy of Tensor, and it has been an incredible return to form for the Pixel camera.

Since Huawei wowed with the P30 Pro’s incredible zoom capabilities, Android manufacturers have steadily improved the telephoto camera on flagship phones. After a few years of a main wide and ultrawide combination, the Pixel 6 Pro is the first flagship since the Pixel 4 to offer greater zoom controls.

Now that Google is back competing directly with the best in the business after a comprehensive camera upgrade, it would be excellent to take things a step further and increase the zoom capabilities of the Pixel 7 Pro with an extended hybrid zoom range. Getting above and beyond the 10x optical range would certainly be a start and allow for even better images past the current 20x zoom cap on the Pixel 6 Pro.

120Hz for both device displays

A 120Hz display was right at the top of our Pixel 6 wish list, but this time around we want to see it on the smaller Pixel7 series too. Sure, the 90Hz panel on the regular Pixel 6 is fine, but that 30Hz bump makes a big difference in how Android 12 runs. Animations are just a little smoother and for anyone coming from an older model or phone with a 60Hz display, this would be quite the noticeable jump.

Although it’s highly likely that we’ll see the Pixel 7 come with an FHD+ screen and the Pixel 7 Pro pack a QHD+ panel, it would be excellent to get the option to adjust the screen resolution within device settings. This could undoubtedly be added to Android 13, if it were to be a Pixel-exclusive feature it would be highly welcomed.

For the Pixel 7 Pro in particular, being able to bump down to FHD+ resolution and retain a 120Hz refresh rate might provide some battery longevity benefits – although this could also be a great option to include within the Battery Saver and Extreme Battery Saver modes. Dropping to HD+ resolution could be great for getting multiple days of lifespan alongside all of the other tweaks that are applied when these modes are activated.

Our wish was granted last year with the Pixel 6 and 6 Pro with 30W charging being added. Annoyingly, this is not “true” 30W charging as even if you buy the optional power brick, you’ll actually get closer to 23W charging using the accessory.

The new Pixel Stand also only tops out at 23W, which is not exactly fast and is even less impressive given the old 18W power brick charges are similar speeds overall. That’s why faster charging has carried over yet again to our Pixel 7 wish list.

50W wired charging would be a great addition, especially if the Pixel 7 series retains large batteries above the 4,500mAh threshold. We’re unlikely to see a charger return to retail packaging but it would be a nice option for those wanting improved top-up speeds.

Google’s first stab at a custom processor has been overall pretty solid. Sure, it isn’t the most powerful, and it’s not quite at the top of the benchmark charts. That doesn’t mean that we wouldn’t like to see a little extra under-the-hood grunt from the second-generation Tensor chip.

If it can get close to the Qualcomm Snapdragon 8 Gen 1 and still offer the added processing power for things like real-time translation and enhanced image effects, then we’d consider it a success. Gaming is a big area in which the Tensor processor doesn’t quite stack up, most games run smoothly, but it would be great to see a few more frames in the most intense mobile titles. So long as it nails the basics and exceeds the first-generation Tensor processor, then Google is on to a winner yet again.

The Pixel 5 has the most aesthetically pleasing Pixel display to date and that is owed to the use of uniform display bezels on all sides. While this might explain the use of a pretty terrible under-display earpiece speaker, but even so, the Galaxy S22 and S22+ prove that it is possible to have uniform bezels and a great earpiece speaker.

Android 12 and Material You actually feel more at home on the rounded sides and small bezels of the Pixel 5 than the Pixel 6 series its boxier visual appeal. Shaving down the forehead and chin would be a great way to ensure that Android 13 “fits” better into the upcoming flagship duo in our opinion.

Not all screen protectors are created equally, but when many other high-end Android phones come with a basic protective cover pre-applied we start to wonder why Google hasn’t followed suit. Samsung, Oppo, OnePlus, and Xiaomi are far bigger players in the market and provide this base level of coverage for brand new devices at a multitude of price points.

Sure, if this is not possible due to Google’s wider focus on using recycled materials, then we can accept that decision. After launch, it was a minefield trying to get a good quality screen protector for the Pixel 6 Pro’s curved screen in particular. Google has never offered pre-applied screen protectors but the Pixel 7 series would be a great place to start as a “premium” product. Plus, having some level of out-of-the-box protection would be greatly appreciated, though.

What hardware or software features do you have on your own Pixel 7 wish list?

Is there anything you are really hoping for or looking forward to seeing from the Pixel 7 and 7 Pro? Let us know your Pixel 7 wish list items down in the comments section below.