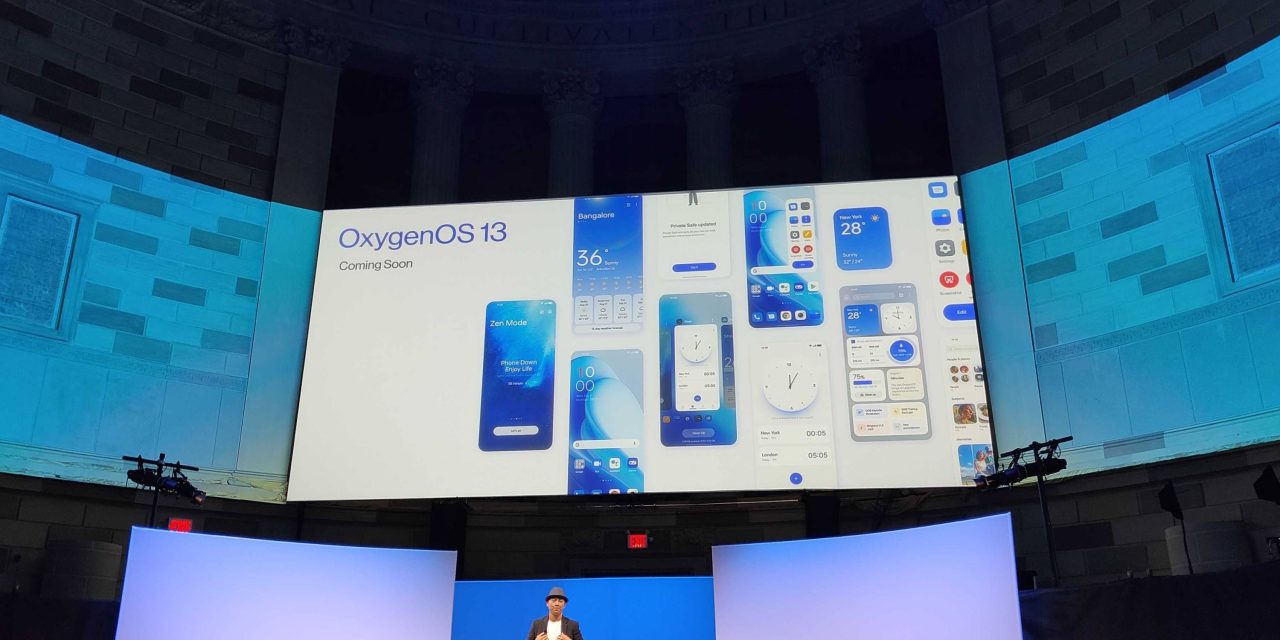 Android 13 is right around the corner for Pixel phones, and today OnePlus is unveiling its side of the equation with the “aquamorphic” Oxygen OS 13.

OnePlus has been largely silent on Oxygen OS 13 so far, and today’s reveal offered up a few glimpses at what’s on the way for OnePlus smartphones in Android 13.

During today’s presentation, OnePlus showed off some new enhancements to the always-on display in OxygenOS 13 that includes Spotify and Bitmoji integration. There are also some tweaks to Zen Mode, and more. OnePlus also pushed Nearby Share and Fast Pair as core pillars of OxygenOS 13 in talking with the media, which is certainly confusing given both features are powered by Google Play Services and available in several versions of Android.

Other features OnePlus is highlighting in its Android 13 update include:

The biggest noteworthy change, though, comes down to design.

During the OnePlus 10T launch, OnePlus spent nearly 30 minutes talking about OxygenOS 13, focusing heavily on the new design of the update. This includes a new “aquamorphic” design language that OnePlus says is meant to invoke ideas from nature, especially water. New blue and orange accents can be found throughout the UI.

This can be seen loosely around the entire UI, but is most apparent in the Quick Settings pane, which is quite literally identical to a leak of ColorOS 13 that came out about a month ago.

This goes directly against messaging from both OnePlus and Oppo over the past year, following OnePlus’s merging into Oppo.

In February of this year, OnePlus and Oppo said that OxygenOS and ColorOS would share the same codebase, but that OxygenOS would have a “lighter experience closer to stock Android” for global users. But as mentioned, what we’ve seen of OxygenOS 13 so far is virtually identical to what we’ve seen from ColorOS 13 to date.

Back in February, OnePlus specifically said:

Surely, there’s plenty of room for the two to differentiate once these both officially start rolling out, but at least in terms of design, OnePlus certainly seems to be fading into Oppo by all accounts.

Going beyond the design OnePlus has showed off so far, the brand has offered up a bunch of ways to describe the update. The brand explains:

OxygenOS 13 rolls out first to OnePlus 10 Pro. The brand has provided no timeline for the update.