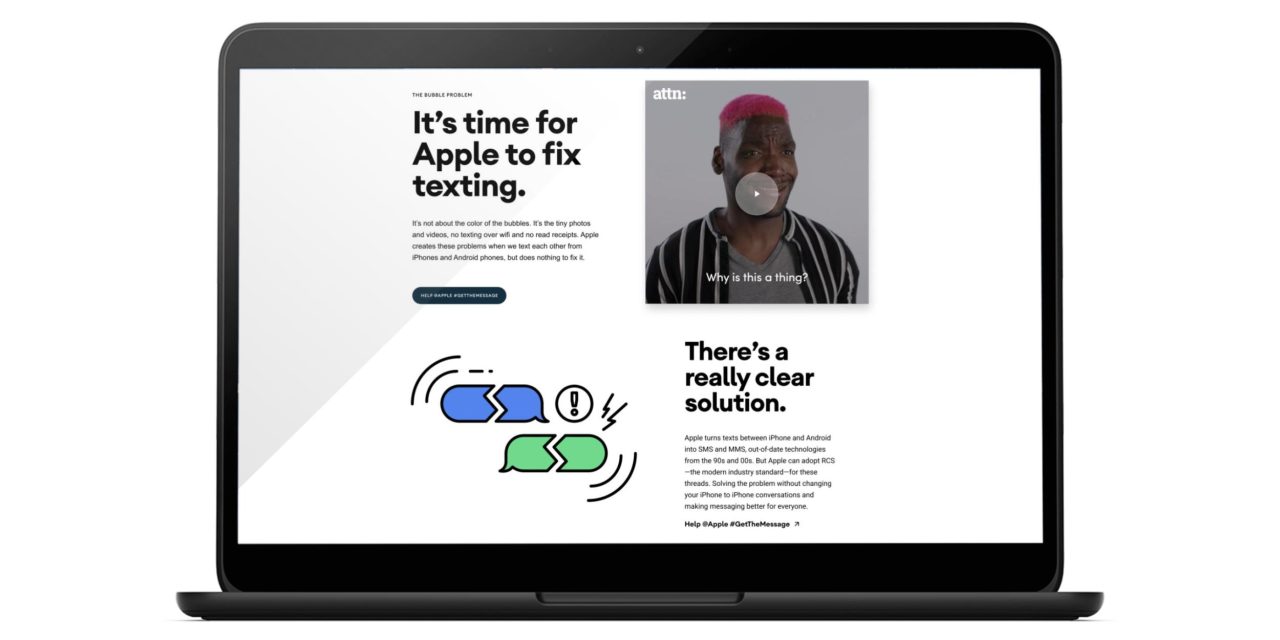 For the past year, Google has been increasingly calling out Apple for not adopting RCS (Rich Communication Services) on the iPhone. Meant to replace SMS/MMS, it has a number of technical advancements that would improve the messaging experience between Android and iOS users. Google is now launching a “Get The Message” pressure campaign in hopes that Apple will change its mind on RCS.

If #GetTheMessage sounds familiar, it was the hashtag appended to the Android team’s video explainer of “Texts Go Green” by Drake in June. It’s now the URL of a page on android.com that lays out Google’s campaign for RCS on Apple phones:

It’s not about the color of the bubbles. It’s the tiny photos and videos, no texting over wifi and no read receipts. Apple creates these problems when we text each other from iPhones and Android phones, but does nothing to fix it.

Highlighted problems, which include social media testimonials and reporting, cover low-resolution photos and videos, bad group chat experiences, no texting Android users over Wi-Fi/data, broken accessibility standards, lack of typing indicators, and absence of end-to-end encryption. All are due to iPhone’s continued use of SMS/MMS for non-iMessage conversations. Each of those six tentpoles can be easily tweeted @Apple from the website.

Google positions “modern industry standard” RCS as the solution. Notably, the company’s ask is rather specific in that it just wants Apple to adopt RCS for messaging between Android and iOS. It said this won’t change iMessage (iPhone-to-iPhone conversations) and echoes previous comments about not wanting iMessage on Android.

Apple turns texts between iPhone and Android into SMS and MMS, out-of-date technologies from the 90s and 00s. But Apple can adopt RCS — the modern industry standard — for these threads. Solving the problem without changing your iPhone to iPhone conversations and making messaging better for everyone.

RCS allows for higher-res attachments (given the use of a cloud back end), better group chatting with controls, sending over data, typing indicators, and E2EE. Supported by carriers worldwide, Google said there are 500 million monthly active users as of May.

The Android Get The Message website ends by suggesting “other messaging apps,” including Signal and WhatsApp.

More on Google and RCS: