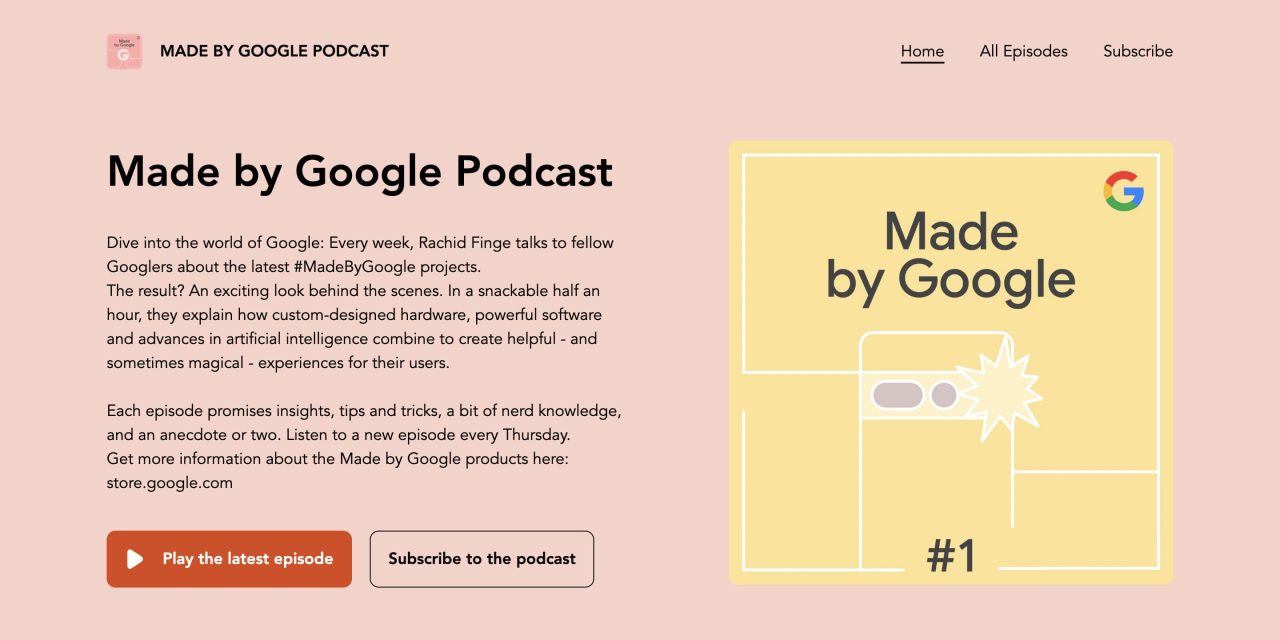 To coincide with the Pixel 7 series and Pixel Watch unveil, the Google hardware team has released the first episode of its new “Made by Google” podcast to provide a behind-the-scenes look in “snackable” 30-minute increments.

Episode 01 of the Made by Google podcast is called “Zooming in on Smartphone Cameras” and interviews Pixel Camera product manager Isaac Reynolds. After a history and summary of computational photography, Reynolds is asked how the team decides what features are brought to a smartphone camera:

We start by looking at the pinnacle of what cameras can achieve today. We start by looking at, why are you going to be willing to lug around a 15-pound, $10,000 dedicated camera? What is it that makes that worth it? Is it file formats? Is it low light? Is it frame rate? Is it resolution? Is it bitrate? Is it dynamic range? Is it zoom? Is it creative controls? What makes that device worth it?

And then, we start trying to bring those capabilities down to something that fits in your pocket. And we try to take out those controls, take out the hard edges–  I call them sharp edges, things that make those devices difficult to use– so that someone who doesn’t have the time or the energy to deal with those controls can just snap a shot once or press the start record once and get the same kind of output and capability and results as someone who is willing to put in hours and hours and fill their backpack with equipment.

In terms of what technologies could power new camera features going forward, Reynolds cited generative models and multicamera fusion. The former is used by Unblur and the latter involves “running multiple cameras simultaneously” to allow for more features:

Where I’m most excited to go, where I’m most excited to see what the next stage is, is probably in those two final areas– generative models and multicamera fusion. Because we’ve really shown with the last generations of Pixel what generative models can do for deblurring faces and Magic Eraser. And we’ve shown what multicamera fusion can do for zoom, for Fusion Zoom, and for Fusion Deblur, which we’ve talked about today. I think that you’re going to see more use cases in those areas.

New episodes of the Made by Google podcast come out every Thursday, and the next issue focuses on security. You can subscribe across various apps and platforms here, including:

More Made by Google: