The latest homepage minigame from Google celebrates the simple joys of making bubble tea and enjoying it with friends. 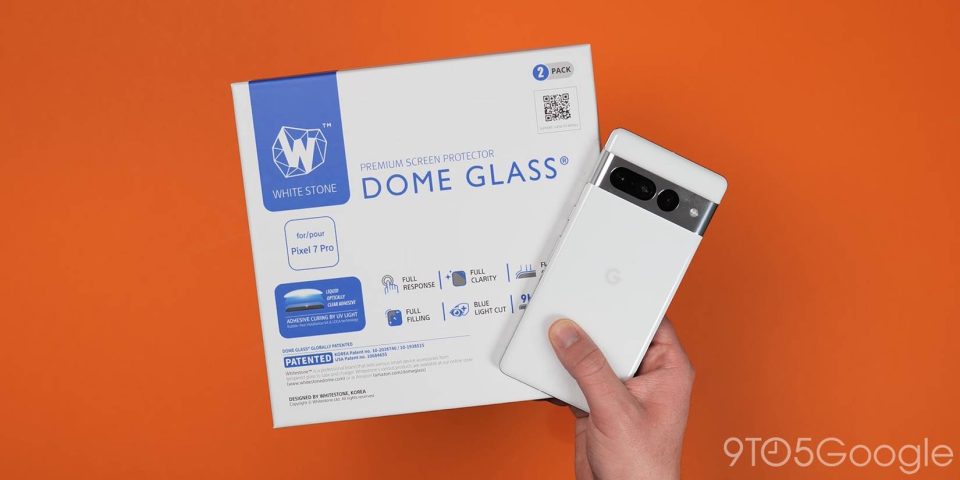 Often when people buy a case for their brand-new smartphone, you’ll follow up with a screen protector. The most premium option for most Android phones including the newly released Pixel 7 and 7 Pro comes from Korean firm Whitestone, and its Dome Glass is now available for Google’s handsets. Are they worth the asking price? We’ve tested them to find out.

END_OF_DOCUMENT_TOKEN_TO_BE_REPLACED 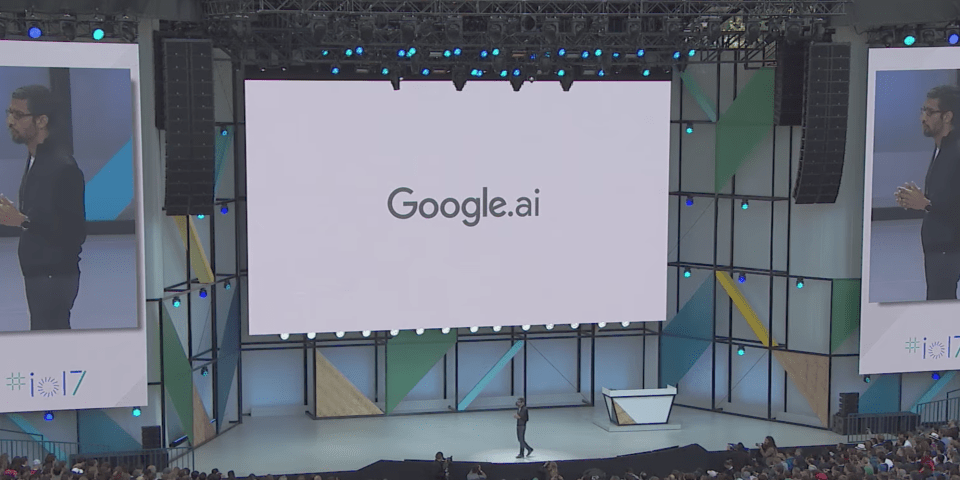 MusicLM is Google’s latest generative AI and it can turn text descriptions of varying complexity into high-fidelity music.

END_OF_DOCUMENT_TOKEN_TO_BE_REPLACED

In November 2020, YouTube Music introduced an “activity bar” with various moods to tune what appears in the Home feed, and it’s now available on the web.

Today’s Android game and app deals are now waiting for you down below courtesy of Google Play. But before you check them out, dive into the deals we spotted on the Samsung Galaxy Buds 2 and the new Amazon all-time low on Google’s 256GB model Pixel 6. As for the apps, highlights include titles like The Lonely Hacker, Sproggiwood, Z.O.N.A Shadow of Limansk Redu, Battery Widget, The Last Dream, Shattered Plane, and more. Head below for a complete look at today’s Android game and app deals. 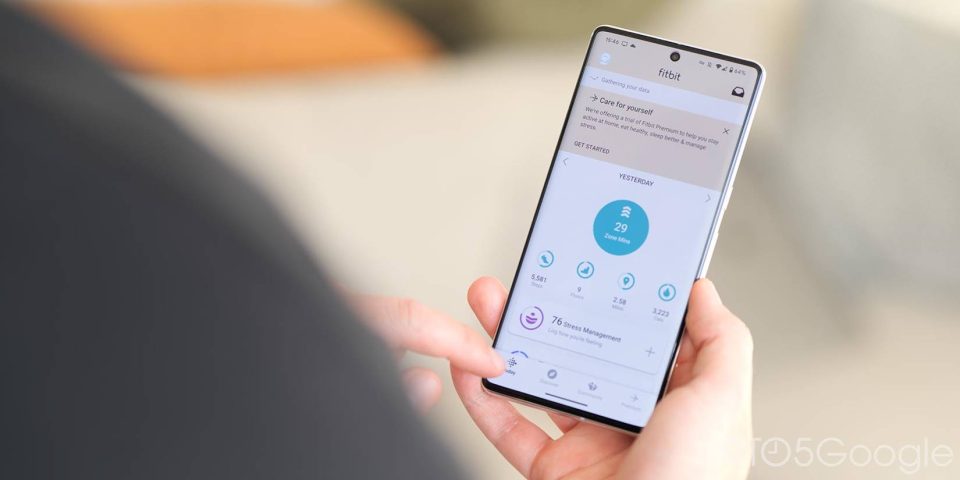 Last fall, it looked like Fitbit was going to revamp its mobile apps. That has yet to launch, and Fitbit has now removed screenshots showing off what was presumably the Android and iOS redesign.

END_OF_DOCUMENT_TOKEN_TO_BE_REPLACED

Google offers Pixel 7 and 7 Pro repair manuals, but only in France 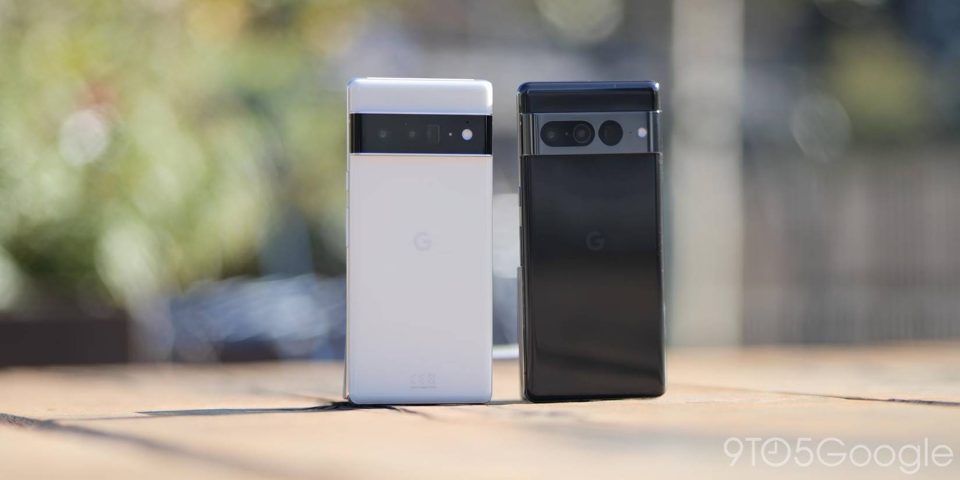 Last July, we reported on how Google published a detailed French repair guide for the Pixel 6a. Since then, the company has made available Pixel 7 and 7 Pro repair manuals, but limited availability to owners in France.

END_OF_DOCUMENT_TOKEN_TO_BE_REPLACED

Friday’s most notable price drops include Google’s Pixel 6 smartphone, Samsung earbuds, and more. First up, the attractive Seafoam Pixel 6 has now dropped to a new Amazon all-time low at $420 shipped. But we are also tracking a one-day deal on Samsung’s Galaxy Buds 2 with $55 in savings and the best price in months. All of that is joined by SanDisk’s pro-grade 2,000MB/s portable SSD back down at holiday pricing as well. Hit the jump for all that and more in the latest 9to5Toys Lunch Break.

The Galaxy S23 series is just days away from launch, and leaks continue to offer further clarification on specs – including a downgraded selfie camera on Galaxy S23 Ultra – and the “Snapdragon 8 Gen 2 for Galaxy” under the hood.

END_OF_DOCUMENT_TOKEN_TO_BE_REPLACED

Using Twitter has been a wild ride for the past couple of months, with updates and changes coming constantly. With the latest updates to Twitter for Android and iOS, the option to send a direct message through an account’s profile has disappeared.

END_OF_DOCUMENT_TOKEN_TO_BE_REPLACED

Google Chrome is set to get a “refresh” to its interface sometime in 2023, and work is already underway. Thanks to how Google works on Chrome, we can get a sneak peek of what’s in store for the upcoming redesign.

END_OF_DOCUMENT_TOKEN_TO_BE_REPLACED

[Update: Realme] A Coca-Cola smartphone could soon be a reality as renders leak 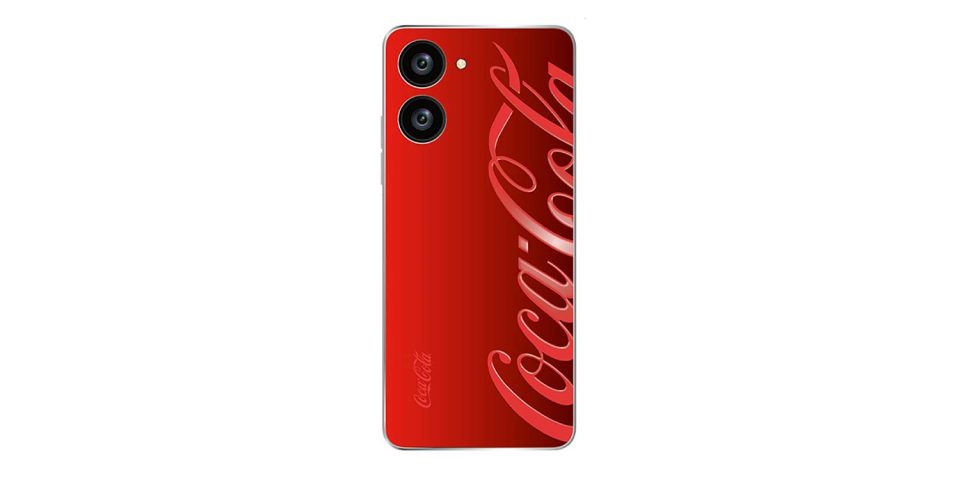 It looks like we could soon have a Coca-Cola smartphone to add to the growing number of Android crossovers we didn’t know we needed.

END_OF_DOCUMENT_TOKEN_TO_BE_REPLACED 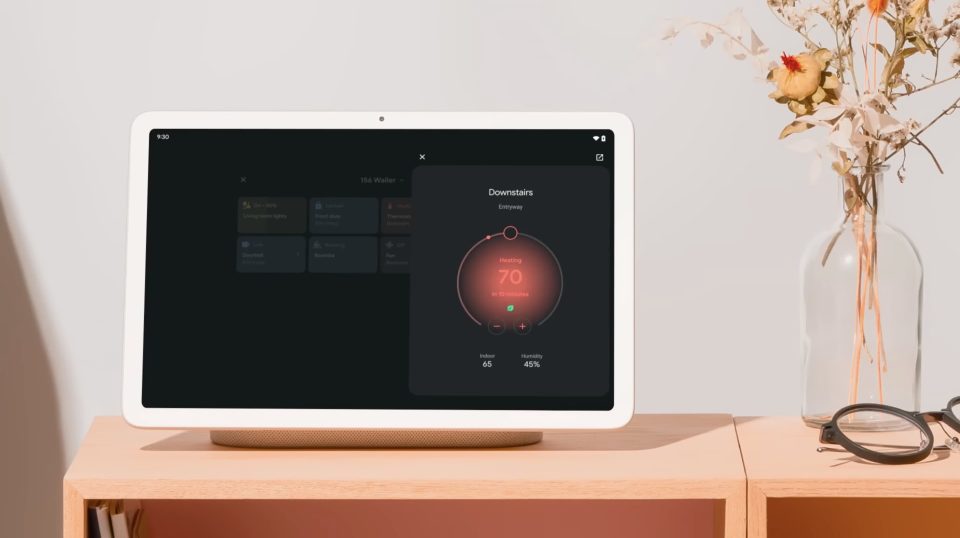 According to newly leaked specs, Google is only making one Pixel Tablet, with no “Pro” model in the works.

END_OF_DOCUMENT_TOKEN_TO_BE_REPLACED

In the wake of Google Stadia’s death, many are searching for an alternative gaming platform to call home. If the Steam Deck turned out to be your replacement for Google’s platform, a neat new theme invokes memories of Stadia on the handheld.

How to easily find all keyboard shortcuts on your Chromebook

ChromeOS is a fully capable operating system and makes Chromebooks a great option for users. While there are tons of keyboard shortcuts in ChromeOS, you only really need to know one. This guide will take you through using the keyboard shortcut hub on your Chromebook.

Fans of YouTube’s history are likely aware of “Me at the zoo,” the oldest video on YouTube which was published on April 23, 2005. Recently, people began sharing a different video that says it was published more than two weeks earlier, but all evidence points to this video being a fake.

END_OF_DOCUMENT_TOKEN_TO_BE_REPLACED

Chrome for Android rolling out fingerprint unlock for Incognito tabs 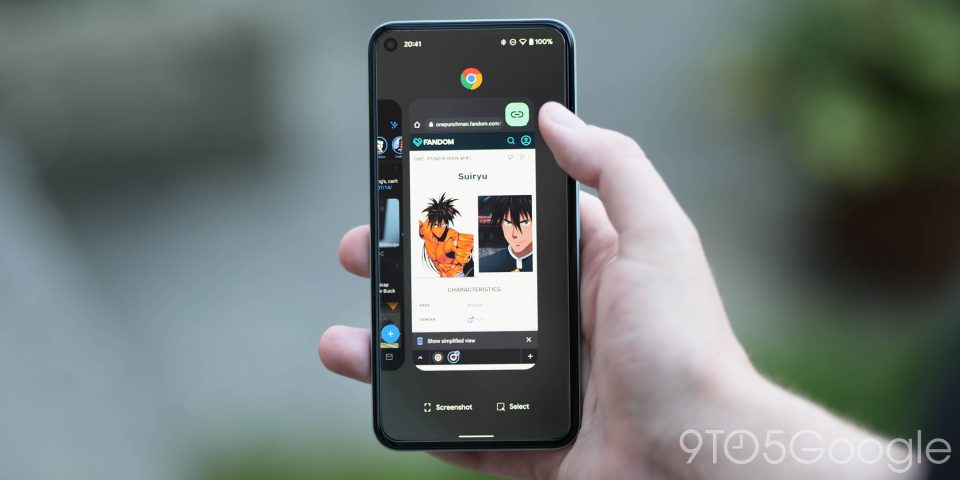 Spotted in development last year, Google announced today that it’s rolling out the ability to require your fingerprint to access Incognito tabs in Chrome for Android.

END_OF_DOCUMENT_TOKEN_TO_BE_REPLACED

Gorilla Glass has been the go-to for most device manufacturers – and for good reason. Corning’s latest release – Gorilla Glass Victus 2 – is set to be used on the Galaxy S23 series, giving the device significant added protection.

END_OF_DOCUMENT_TOKEN_TO_BE_REPLACED

Back in July, the Pixel Launcher’s At a Glance widget picked up Air Quality (AQI) alerts, and there’s now an individual setting to turn them on/off.

All of today’s best deals are going live for Thursday, with price cuts live on the fan-favorite Samsung Galazy Z Flip 4 foldable from $839. That’s alongside Google’s refreshed Wifi system at a $120 low, as well as Samsung Galaxy Buds 2 for $99. Hit the jump for all that and more in the latest 9to5Toys Lunch Break.

Last November, we previewed a Material You redesign of the Google app, and it’s now rolling out on Android.

END_OF_DOCUMENT_TOKEN_TO_BE_REPLACED

Google Search is picking up a new trick that might help you buy a new car, as car dealers can now show their inventory directly in search listings. 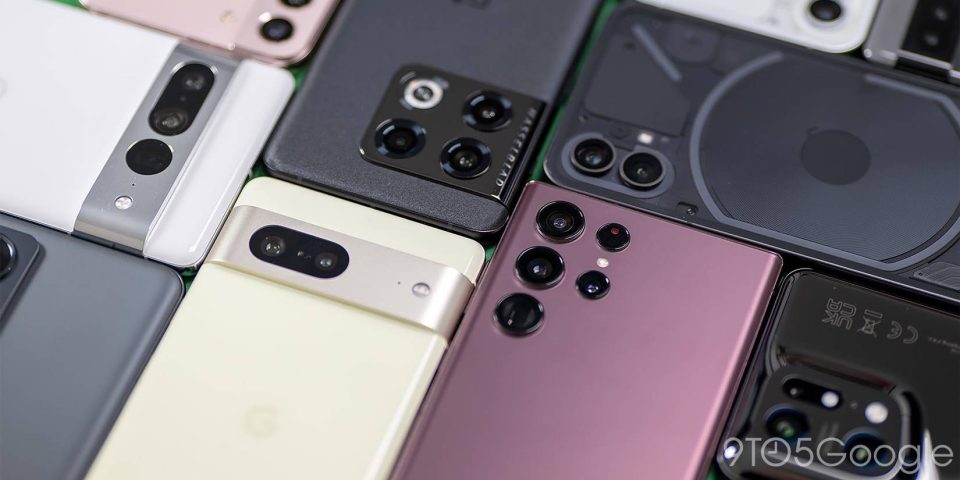 The smartphone industry had a rough end to 2022, with the “largest-ever decline” in shipments in Q4, though Samsung actually managed to gain some traction in the increasingly competitive space.

END_OF_DOCUMENT_TOKEN_TO_BE_REPLACED

If your Android Auto sessions lately have been plagued with a “Searching for GPS” issue, you’re not alone.

Galaxy S23 series to use Snapdragon globally, with other Samsung flagships set to follow

Samsung has long used a mix of Exynos and Snapdragon chips for its Galaxy flagship phones, but with the Galaxy S23 series, the company is set to use the Snapdragon 8 Gen 2 globally, and it seems it won’t be the only flagship doing so.

END_OF_DOCUMENT_TOKEN_TO_BE_REPLACED 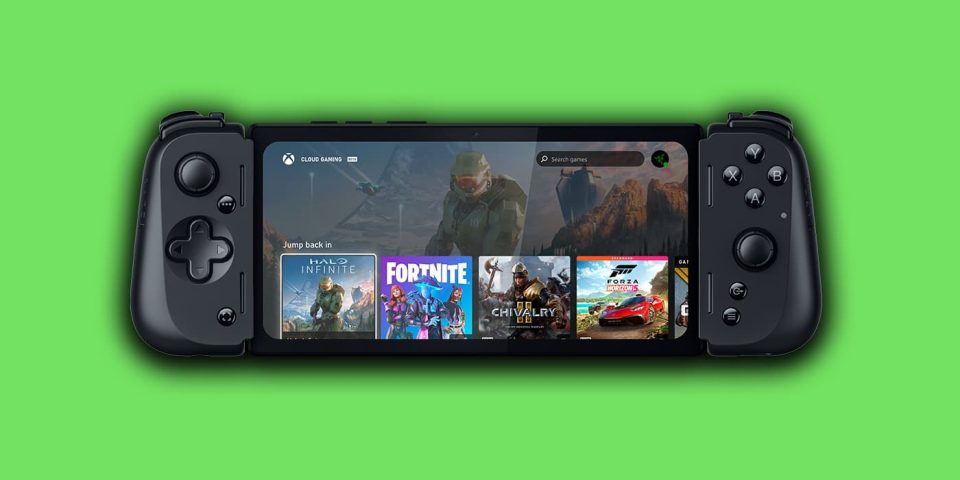 END_OF_DOCUMENT_TOKEN_TO_BE_REPLACED

OnePlus confirms its first Android tablet, the ‘OnePlus Pad,’ will launch on February 7

A decade after launching its first smartphone, OnePlus is finally making its first Android tablet in the “OnePlus Pad,” coming in just a couple of short weeks.

END_OF_DOCUMENT_TOKEN_TO_BE_REPLACED

OnePlus is set to launch a slew of new devices on February 7, the least known is the OnePlus Pad, which has now appeared in 3D renders.

As part of the layoffs, Google killed all but three Area 120 initiatives. It has now emerged that one of those projects is the acqui-hired “Liist” team working on a “Gen Z consumer product.”

END_OF_DOCUMENT_TOKEN_TO_BE_REPLACED

Given the under-display fingerprint sensor, Google maintains a list of “Made for Google certified brands” that make screen protectors for the Pixel 6, 6 Pro, 7, and 7 Pro. 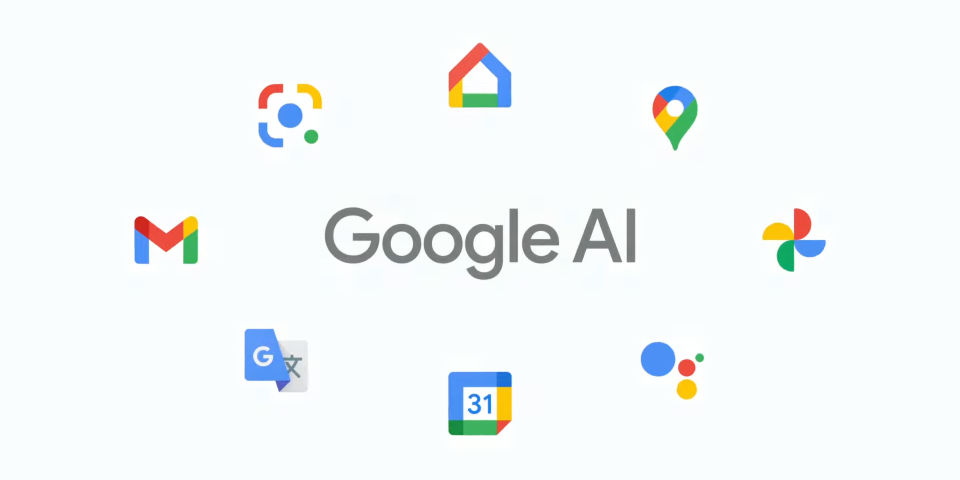 “If I had asked people what they wanted, they would have said faster horses.” That sentiment, along with derivatives like “people don’t know what they want until you show it to them,” makes predicting the future of technology difficult as it takes one innovation to completely shift the paradigm. It’s especially the case for the coming wave of AI features for new and existing Google apps.

END_OF_DOCUMENT_TOKEN_TO_BE_REPLACED

How to enable developer mode in Android Auto, and why you might want to

Just like for an Android device, Android Auto allows you to enable developer mode to get access to setting you wouldn’t otherwise see. This guide will take you through enabling it and what you can actually do with developer mode turned on.

Acer Chromebook Spin 514 review: Ryzen 5000 power that’s only as good as its price

The rise of AMD-powered Chromebooks has arrived, with Acer’s new Chromebook Spin 514 being one of the first big launches. After a brief spin with it last year, I’ve been using the Spin 514 with its AMD Ryzen 5 5000 series processor for the past few weeks. Here’s what you should know.

END_OF_DOCUMENT_TOKEN_TO_BE_REPLACED

Google’s hardware design team occasionally takes its own teardown shots, and one for the Pixel 7 Pro works quite nicely as a wallpaper for the phone in question.

All of today’s best deals are now going live for Android users and beyond. Starting things off, the best prices yet have arrived on Hisense A6 series 4K Google TVs starting from $210. That’s alongside a TP-Link Kasa smart home accessory sale with Assistant gear from $12. Not to mention Sony LinkBuds S at the second-best price of $143. Hit the jump for all that and more in the latest 9to5Toys Lunch Break.

Google Meet making it easier to share files during calls

When presenting in Meet, Google is making it easier to share Slides with people on the call with a pair of changes.

Boosteroid is one of the newer faces of cloud gaming in the US, with a growing reach across the globe. Now, Boosteroid is launching optimization for Chromebooks, upgrading the experience for one of the best devices to play cloud games on. 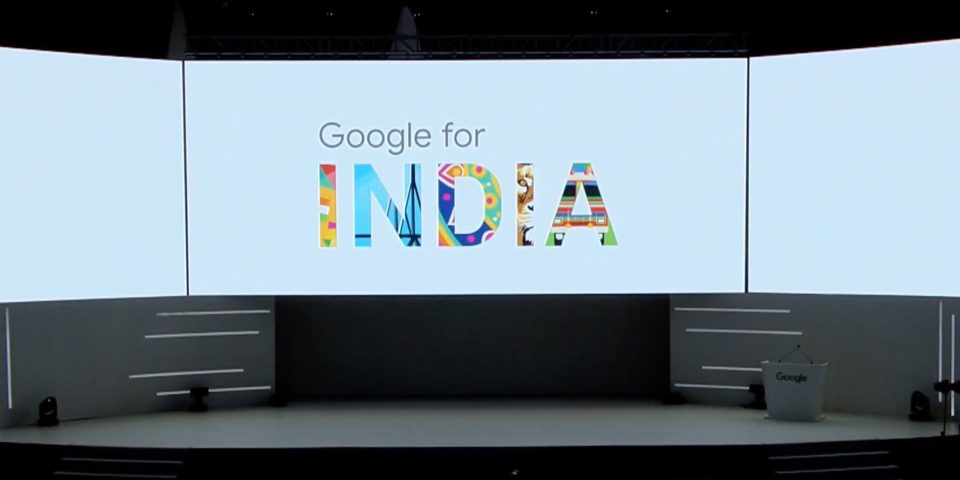 Google announced today how Android and the Play Store will change to comply with recent regulatory rulings in India.

END_OF_DOCUMENT_TOKEN_TO_BE_REPLACED

Samsung Galaxy S23 prices for Europe leak, hints at an increase for all models

While Samsung doesn’t appear to be changing prices in the United States, the company’s upcoming Galaxy S23 series seems like it will cost a bit more across Europe. 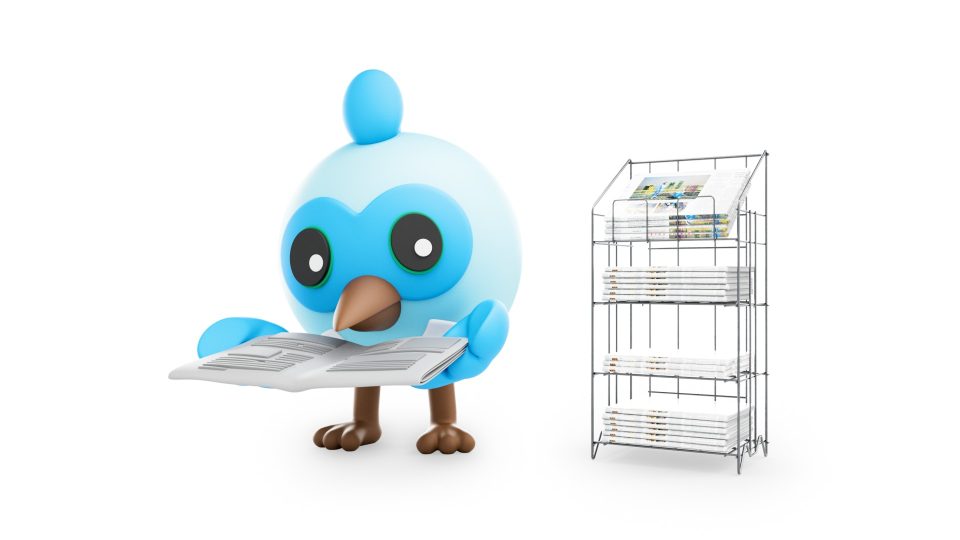 The Flutter team has partnered with the Google News Initiative on a “toolkit” to help news outlets quickly and easily build their own dedicated mobile apps.

END_OF_DOCUMENT_TOKEN_TO_BE_REPLACED 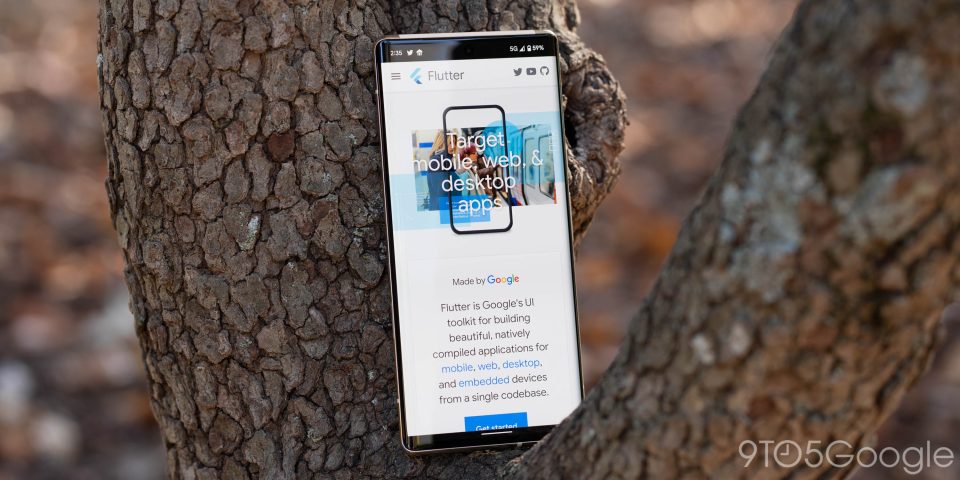 At the Flutter Forward event, Google released Flutter 3.7 with more Material You widgets and menus support, while also teasing the future of the app development framework.

END_OF_DOCUMENT_TOKEN_TO_BE_REPLACED

Microsoft’s Xbox Game Pass has proven itself to be a hit, with new figures from the company offering some insight into further growth going into 2023.

Advertising on your TV has become something expected of virtually every platform, and it’s something that has hit Android TV OS over the past few years. Now, though, Google TV is taking things a step further by introducing ads for physical products and stores.

END_OF_DOCUMENT_TOKEN_TO_BE_REPLACED 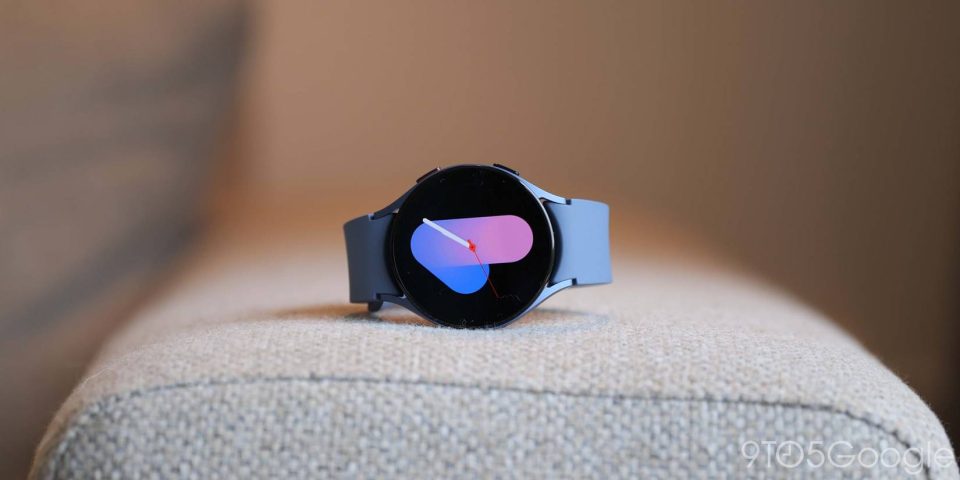 Samsung is rolling out a new update to the Galaxy Watch 5 series that brings support for a new “Device Diagnostics” tool as well as delivering an updated security patch.

END_OF_DOCUMENT_TOKEN_TO_BE_REPLACED

Pixel 4a 5G gets modded to take larger Pixel 5a battery 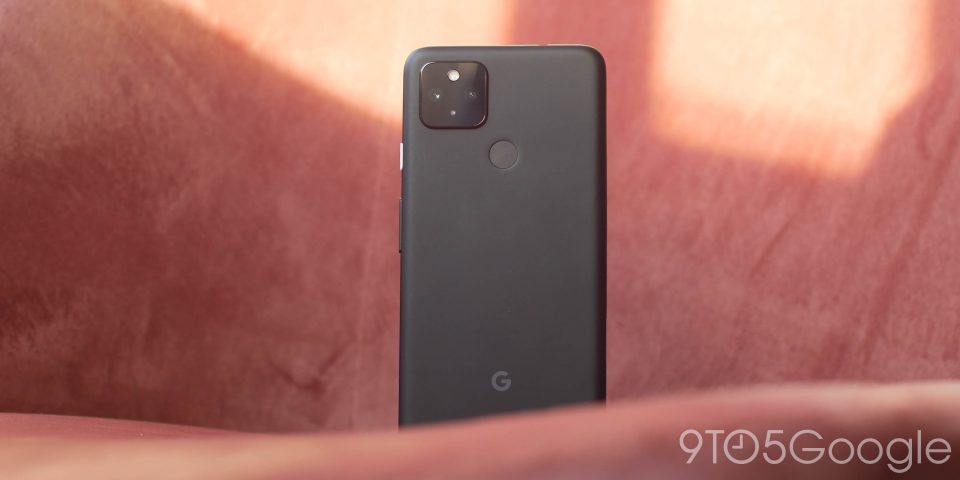 It’s not often we see Android hardware mods attempted these days, but one adventurous Pixel 4a 5G owner has managed to mod their device to take the larger Pixel 5a battery into their handset.

END_OF_DOCUMENT_TOKEN_TO_BE_REPLACED

OnePlus 11R will launch in India alongside OnePlus 11

OnePlus has confirmed that alongside its upcoming flagship the OnePlus 11R will launch in India.

END_OF_DOCUMENT_TOKEN_TO_BE_REPLACED

Motorola has quietly updated a number of the firm’s popular affordable moto G and E series devices for 2023.