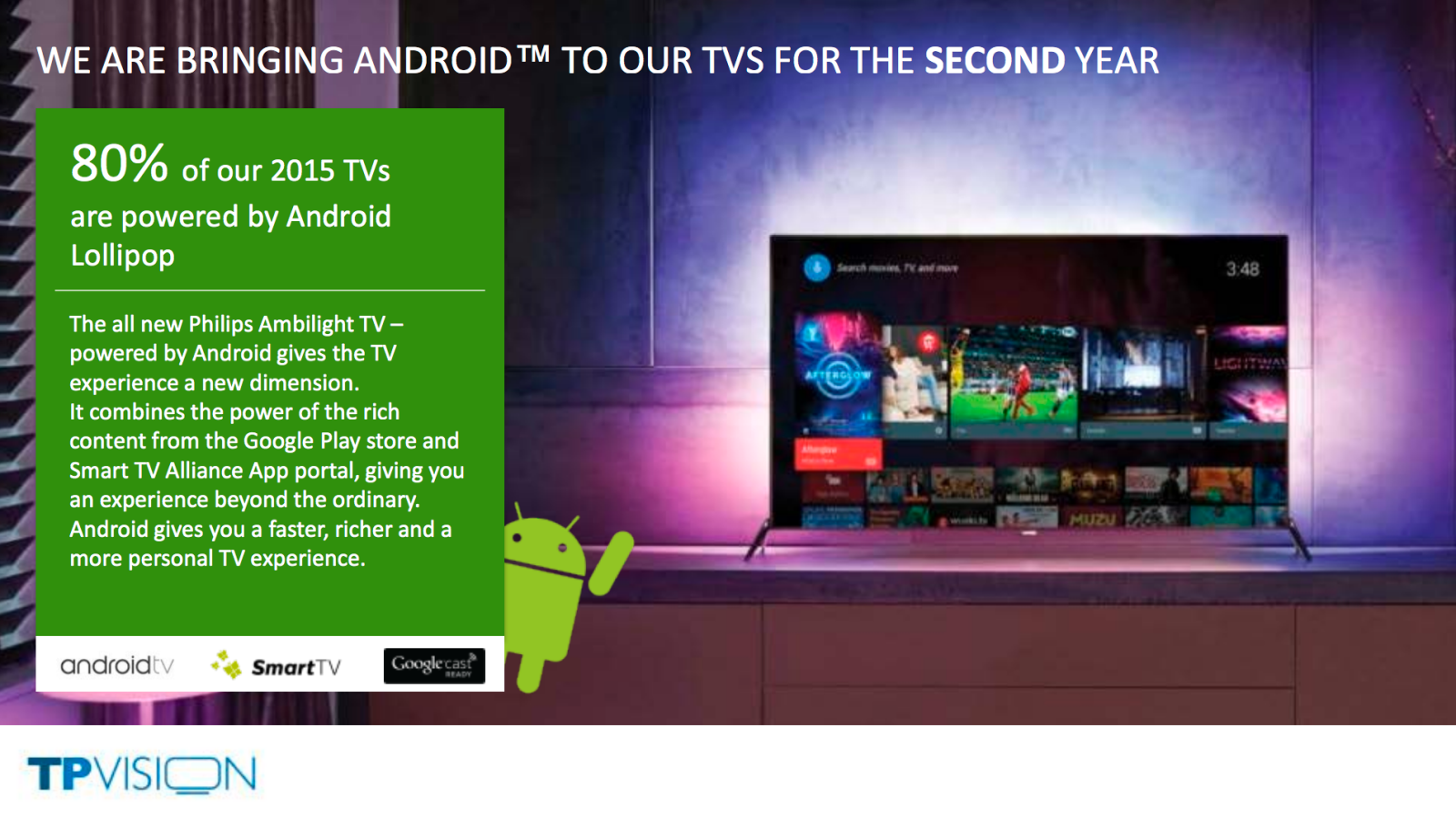 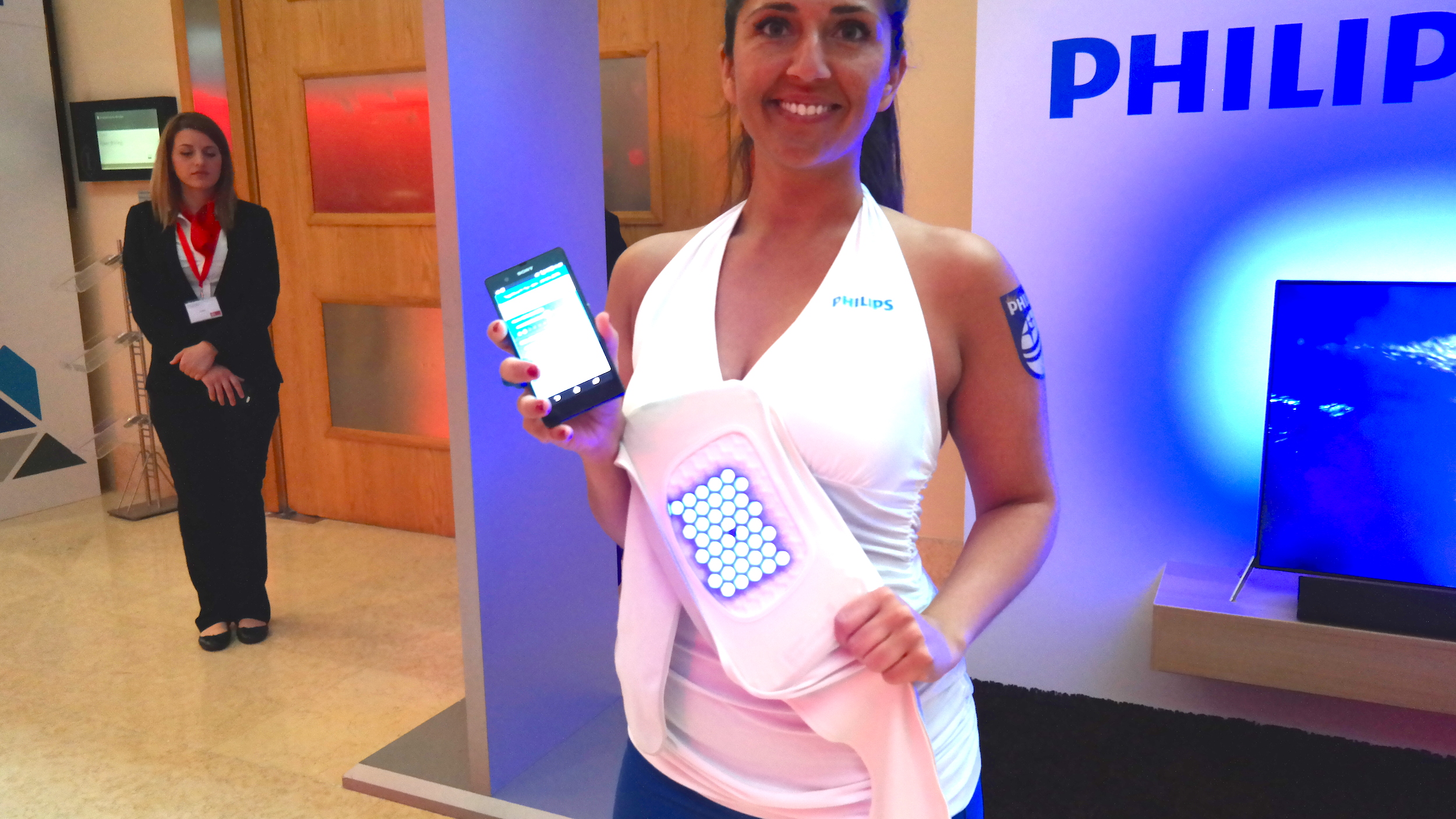 Ahead of IFA in Berlin this September—the event where Samsung, Sony, and just about every other Android device maker unveils their latest products each year—a select group of companies have been giving a taste of what’s to come for the last 5 days at IFA’s Global Press Conference.

So what can you expect? Android-powered TV sets, app connected appliances, and drones are just a few product categories you can expect to see grow at this year’s show.

The growth of Android TV was a big part of TP Vision’s presentation at the event with the company noting that its Philips branded Android TV sets have helped boost use of internet connected services on its smart TVs—60% for its previous line of smart TVs up to 90 percent on Android TVs. That has helped the company’s decision to invest more in the platform and plans to launch more TV sets powered by Android in the second half of the year in time for IFA in September. 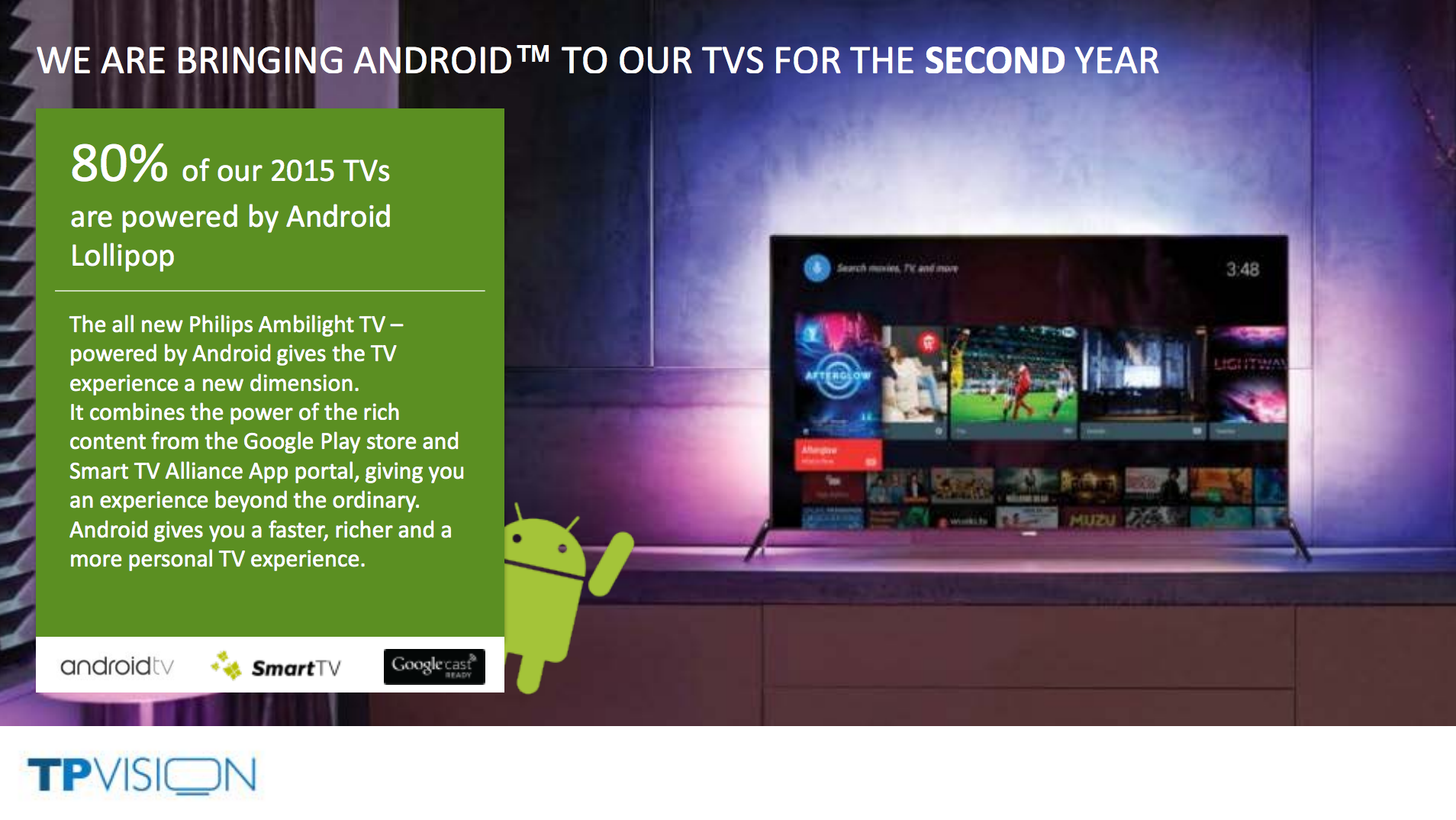 The new models coming at IFA 2015 are in addition to the 38 models it will launch throughout he first half of the year including both entry-level and higher end models. By the time IFA arrives in September, the company will have about 80% of its lineup running Android. That’s good sign of what to expect from other TV manufacturers that have already started to embrace the latest revamped Android TV platform that Google first unveiled last June.

Meanwhile, Philips was showing off a new mobile app for its BlueTouch Pain Relief Patch product, a non-invasive LED light pain relief system, and discussed plans for more health and lighting related tech to come in the near future. That includes two separate businesses that will focus on opportunities for Lighting and HealthTech. The company gave some examples of the product lines it will focus in the app-connected healthcare accessory space: 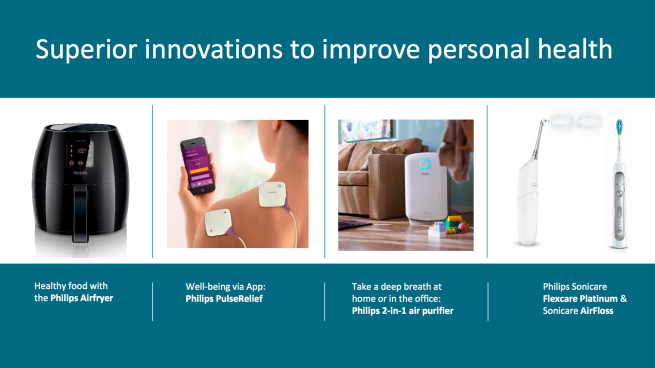 Other Android products on show at the IFA Global Press Conference included the new ZTE Spro 2 smart projector—the same one that AT&T just started selling for $399, while the Chinese company also talked plans to launch new ZTE branded Android mobile devices as it continues to grow in the US and abroad. For 2015, it’s predicting it will sell 60 million smartphones worldwide, up from 48 million last year.

In addition, one of the biggest trends that IFA organizers hinted at for the show this September: expect to see the amount of companies showing off home automation products to grow as more appliance manufacturers, which already have a large presence at the show, introduce more app-controlled solutions for both home appliance and security products. You can also expect to see more companies showing off drone products as that market continues to grow alongside action-cam accessories.

We’ll be on hand at IFA 2015 in September like in years past, and it looks like this year could be Android’s biggest yet in terms of a presence across all product categories from TV to mobile devices and home appliances.