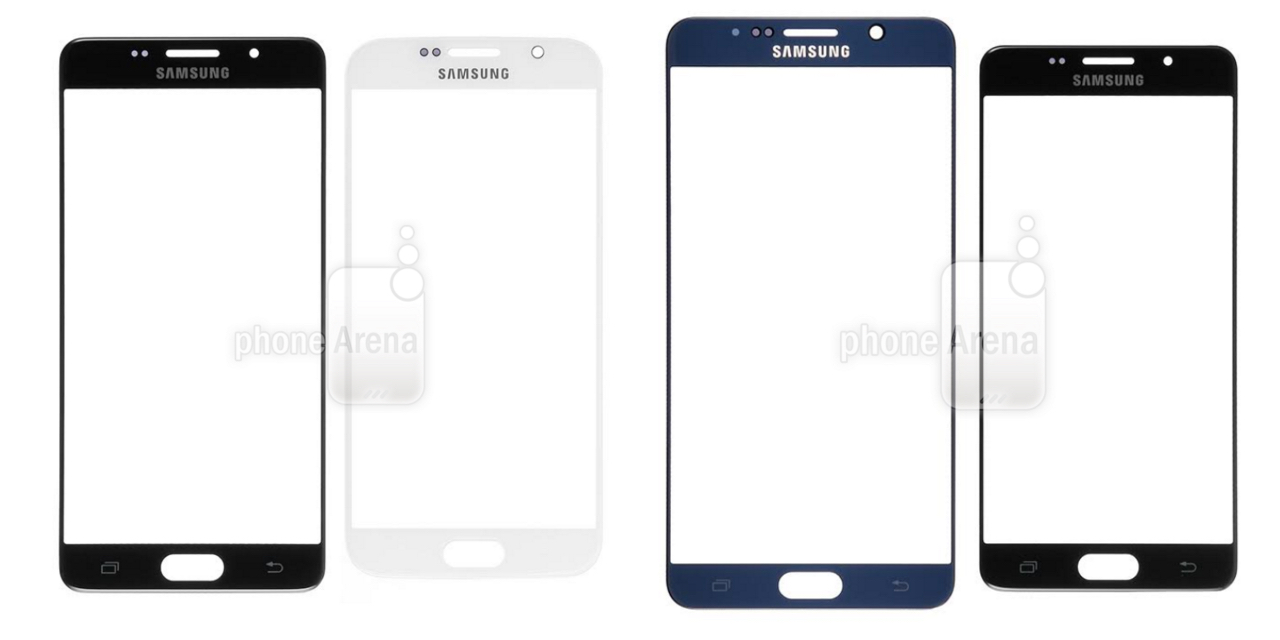 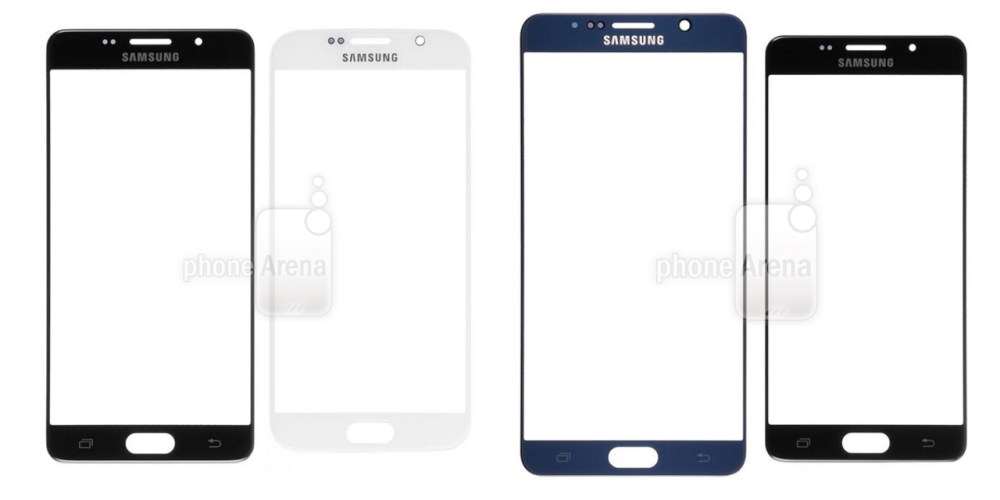 With Samsung expected to launch its next flagship Galaxy S lineup within the next couple of months, the frequency and number of leaks is increasing. Over the past 24-48 hours there have been a few notable leaks showing off the front panel of the redesigned smartphone, along with specifications and models numbers of the next generation Galaxy devices…

First up is a claimed leak which seemingly shows off the front panel of the smaller Galaxy S7. In the image at the top of this post, you’ll see the alleged front panel compared alongside a white Galaxy S6 panel and a dark blue Galaxy Note 5 front panel. In terms of shape and design, the S7 panel looks far more like the Note than last year’s Galaxy S. Corners are less round, giving it a more square appearance. We also see the screen is slightly bigger than the S6’s, suggesting rumors of the smaller version having a 5.2-inch display could be accurate.

Earlier rumors have suggested we’ll see two different sized Galaxy S7 phones this year. Corroborating with those rumors, a couple of leaked screenshots suggest we’ll see more than one model, and that one could have a 5.7-inch display, just like the Note 5 and Galaxy S6 Edge plus.

The first leak, on the left (published by SamMobile), allegedly shows Samsung’s mobile payments service is preparing for several new devices with model numbers beginning SM-G93XX. It’s likely that the G930X models are the smaller models, while the G9350 is the larger device. Backing up those numbers, an image was linked to in a Reddit thread showing what looks to be specifications for one of those new models. We don’t know which one, since the last two digits are redacted. 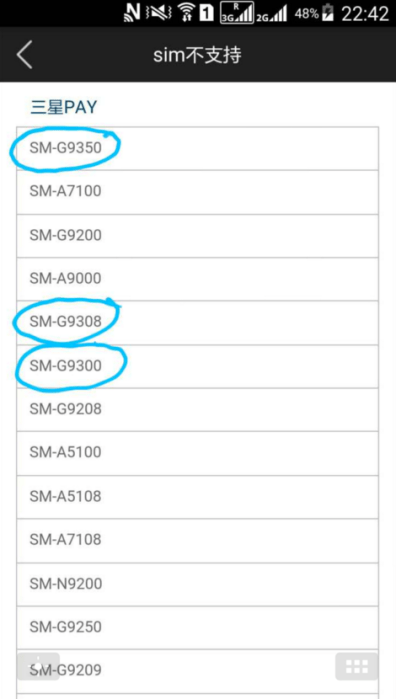 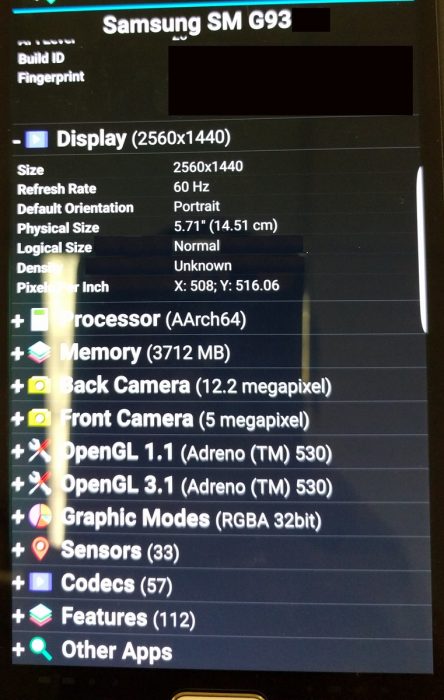 On the right, we have an image of what is allegedly a list of hardware specifications, which include a 5.7-inch Quad HD resolution display with a 60 Hz refresh rate. The device will also allegedly feature a 12.2MP main camera and 5MP front camera, as well as 4GB of RAM and a fingerprint sensor on the front. The leaker on Reddit also listed a Snapdragon 820 processor, two pressure sensors for 3D Touch-like functionality and Micro USB (not Type-C).

While the lower camera resolution does strike us as a little dubious, it’s not completely impossible. Samsung did recently unveil its new BRITECELL camera sensors, and it has been rumored in the past that Sammy is working on a small 12MP sensor using this new technology.

If these rumors and leaks are accurate it certainly paints a puzzling picture of Samsung’s marketing strategy. It’s not only further blurring the lines between regular and phablet-sized smartphones, but also blurring the lines between its own product families. The larger Galaxy S7 is essentially the same as Samsung’s Galaxy S6 Edge+. What’s more, with the frame seemingly taking on a more square form factor, there’s even less difference between the Galaxy S and Galaxy Note families than there was already. That’s without mentioning the fact Samsung still hadn’t launched the Galaxy Note 5 in Europe.