Mophie Juice Pack for the Samsung Galaxy S7 up for pre-order in UK, likely to hit US soon 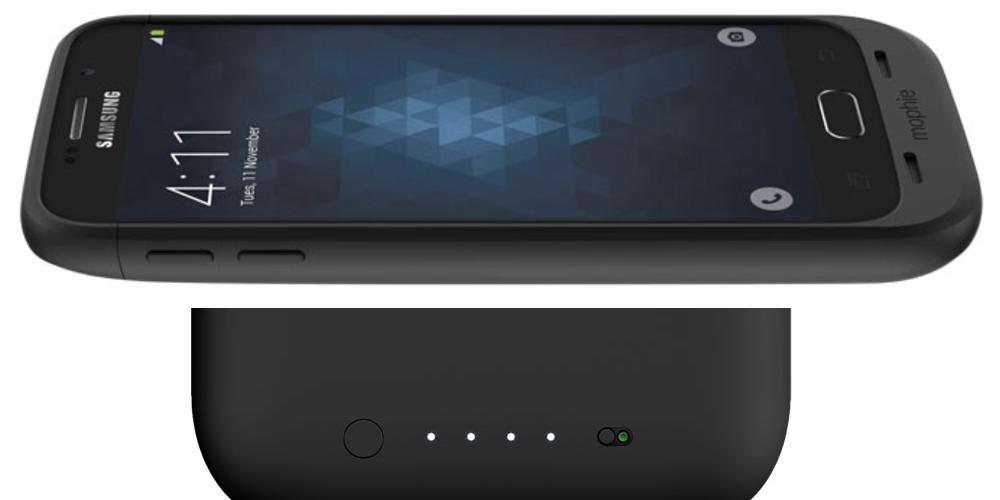 MobileFun has announced that the new Mophie Juice Pack for the Samsung Galaxy S7 is now available to pre-order at Mobile Fun for £89. It features a 3300mAh battery, so should roughly double the battery life of the new phone, and is the first Juice Pack to use Qi wireless charging.

It’s not yet showing up on the company’s U.S. site, but is likely to appear both there and in Mophie’s Amazon store shortly. A direct pound to dollar rate would price it at $124, but I’d expect it to be rather cheaper when it hits the USA …

Samsung boosted the battery power in the new models to 3000mAH for the standard version and 3600mAH for the S7 edge, but with neither model offering replaceable batteries, heavy users are likely to look to external battery cases to further extend the life.