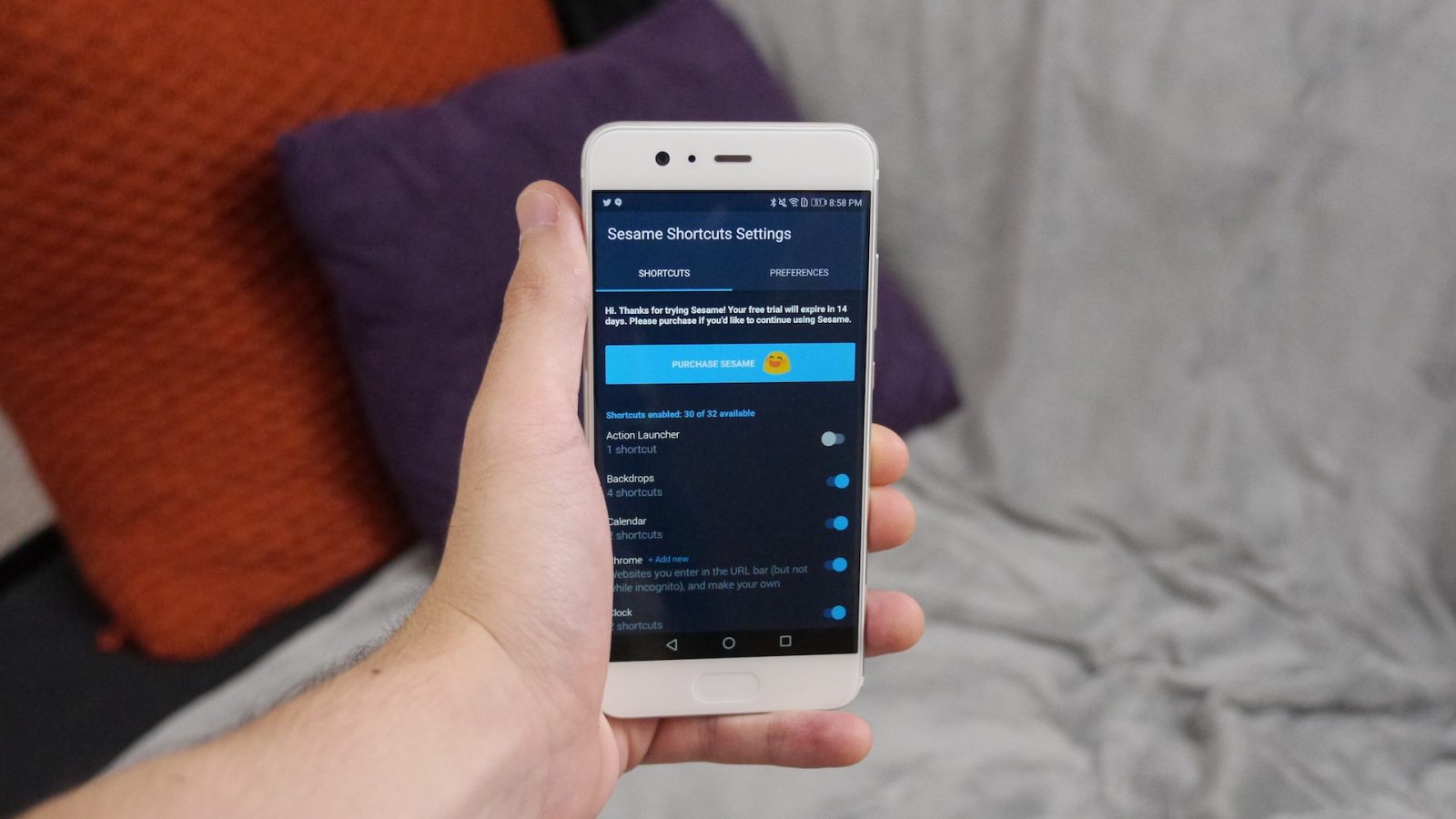 Android 7.1 Nougat’s long-press contextual app shortcuts have become surprisingly popular, but users on older devices don’t get to enjoy the convenient feature — at least, not without third-party launchers.

Developers behind launchers like Nova and have worked to bring app shortcuts to older versions of Android, but most apps still get linked to a generic list of shortcuts for home screen management. With the help of Sesame Shortcuts, that’s all about to change.

Sesame Shortcuts works in tandem with Nova Launcher to bring more app shortcuts than even stock Android 7.1 can offer. Upon initial launch, it displays a list of all supported apps and grays out the ones you don’t already have installed.

From there, you can choose exactly which of yours apps gain menu support, and even customize the items within each app’s list of shortcuts. For apps with search fields like Google or YouTube, you can even add shortcuts to specific search phrases (i.e. add a quick button to search for “9to5Google” on YouTube).

Once you’ve configured the app shortcuts to your liking, you can swipe over to the second panel and activate Sesame Shortcuts. It only works natively in Nova Launcher, but if you use something different you can also activate its edge panel mode, which acts similar to Samsung’s edge display feature for quickly launching apps or contacts.

Something to be aware of, when I first tried enabling Sesame Shortcuts, it told me Nova Launcher was out of date on my device, despite having the latest version installed from the Google Play Store. Downloading the beta version from Nova’s website fixed the issue, but you might run into similar issues if you’re not using the latest Nova Launcher beta.

Sesame Shortcuts comes with a 14-day trial, but even after those two weeks run out, the app remains fully functional with reminders to upgrade after using a shortcut. If the notifications start to bug you, you can get rid of them with a $2.99 in-app purchase.