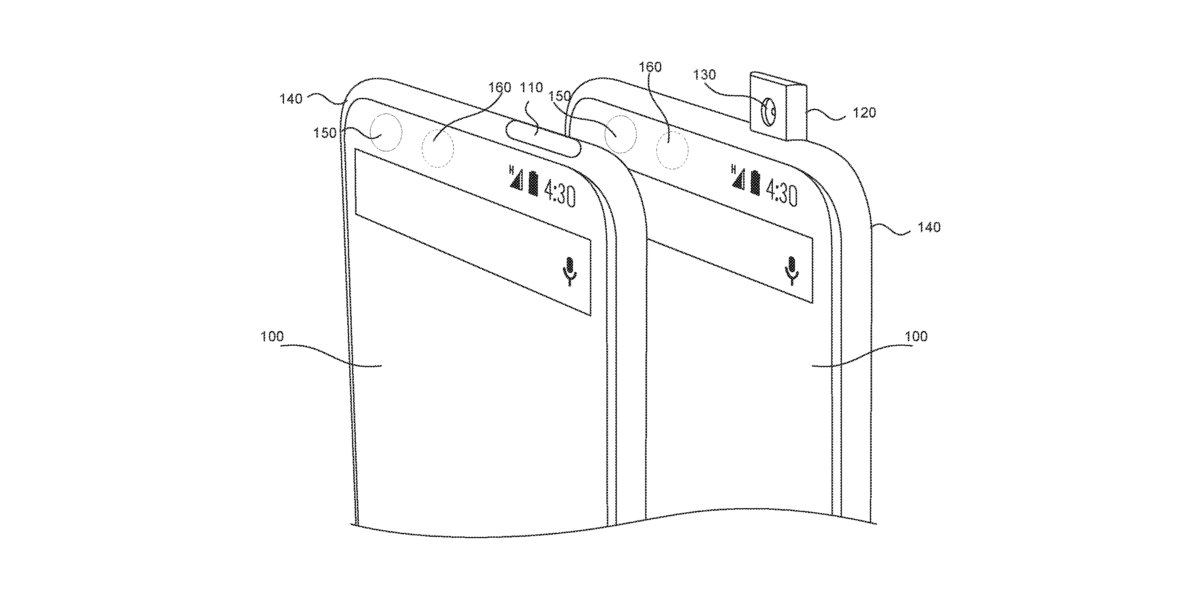 The “notch” is a controversial topic for the Android world. Some absolutely hate it, others don’t, but we’re all clear on one thing — it’s not something we necessarily want to have on our phones. At MWC 2018 this past week, Vivo showed off a device that managed to avoid a notch, but still offer the sensors one would typically hold. As it turns out, Essential was actually the first company who was working on that same idea, though…

Essential’s founder, Andy Rubin, proudly showed off on Twitter last week a patent granted to Essential that shows off a “pop-up” selfie camera, just like what we saw in the Apex. First filed back in 2016, this patent shows off a phone with a small panel on the top of the frame that pops up to reveal a front-facing camera. The patent was granted in August of last year.

The idea here is just as clean as what we saw on Vivo’s Apex device, but obviously, Essential chose another route. The reason why is unclear, but it’s likely a matter of cost since Essential is simply a startup at the moment.

As readers who voted in our poll last week largely decided, Essential’s solution was preferred over Apple’s, as many OEM’s are now copying Apple. Without a doubt, though, most users would prefer a solution that doesn’t require a notch. Hopefully, this is the kind of tech we’ll see Essential try out with its next device…