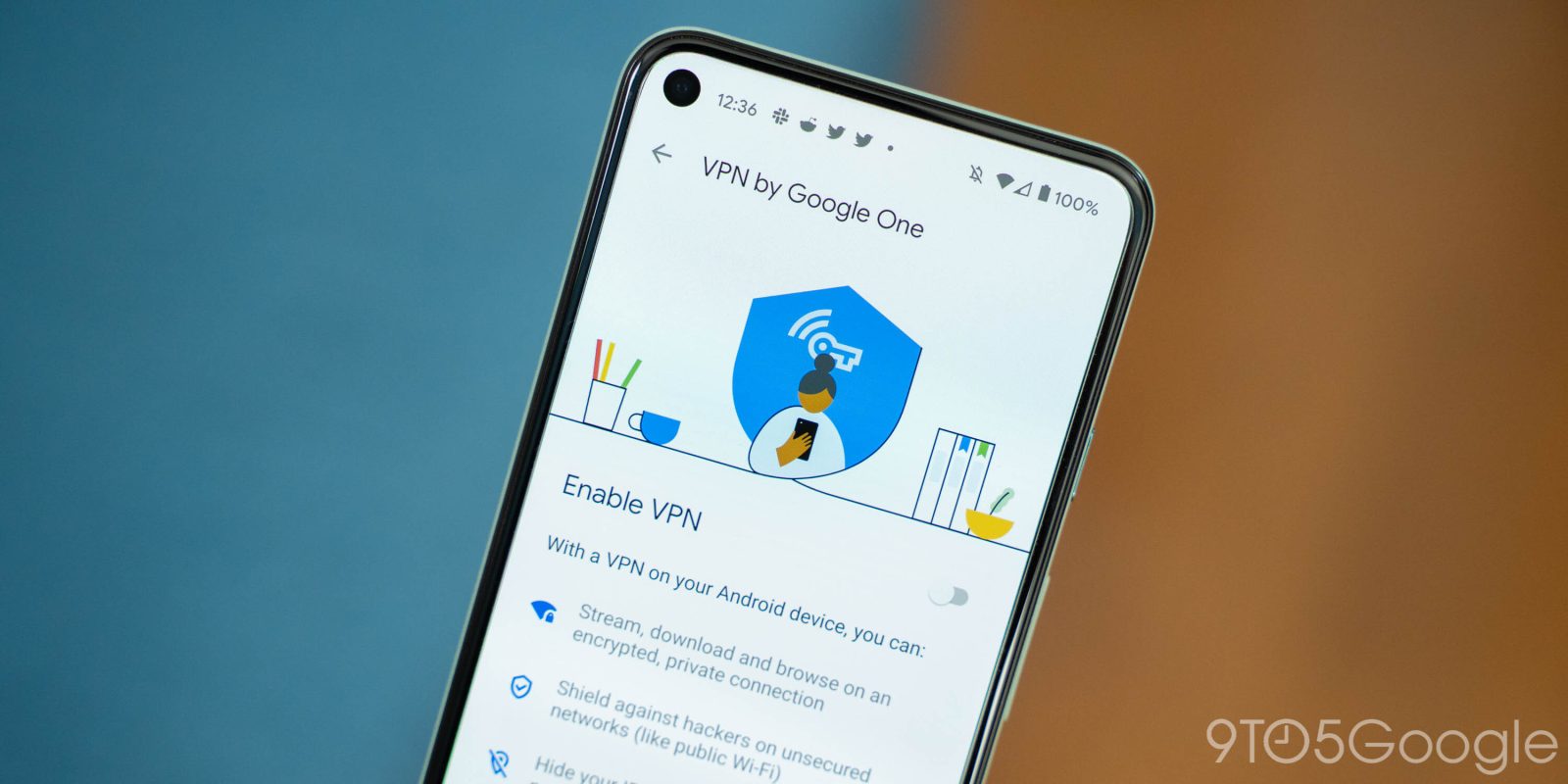 In late 2020, Google introduced a VPN for its Google One subscription that provides additional Drive/Photos storage, extended support, and other perks. After initially being Android-only, the Google One VPN is now launching on iOS.

Update 3/3: A month after it was announced, the Google One VPN is now widely rolled on iOS. There’s a new card at the top of the Home feed and hitting the toggle on the following page prompts you to add the VPN configuration. After confirming your device passcode, it will appear in the VPN page of system Settings. In the Google One app, you can “get push notifications when the VPN status changes.”

Afterward, install the Google One app on iPhone or iPad to start the set-up process. Once rolled out, there will be a card in the Home feed with an “Enable VPN” button. The next page features more details and a toggle, with the iOS “VPN” icon appearing in the status bar once active.

Google’s take at a Virtual Private Network is meant to encrypt your online traffic on unsecured networks (like public Wi-Fi) and hide your IP address. There are no country-switching options like other VPNs. The company says it will “never use the VPN connection to track, log, or sell your browsing activity.” Additionally, the client libraries are open source and the end-to-end system has been audited by a third party.

Google One members can share their plan and VPN, which is available in 18 countries, with up to five family members for free.

Besides iOS, the company previously promised that the Google One VPN will be available on Mac and Windows down the road. The iOS support is still rolling out and we’re not seeing it on our devices yet.