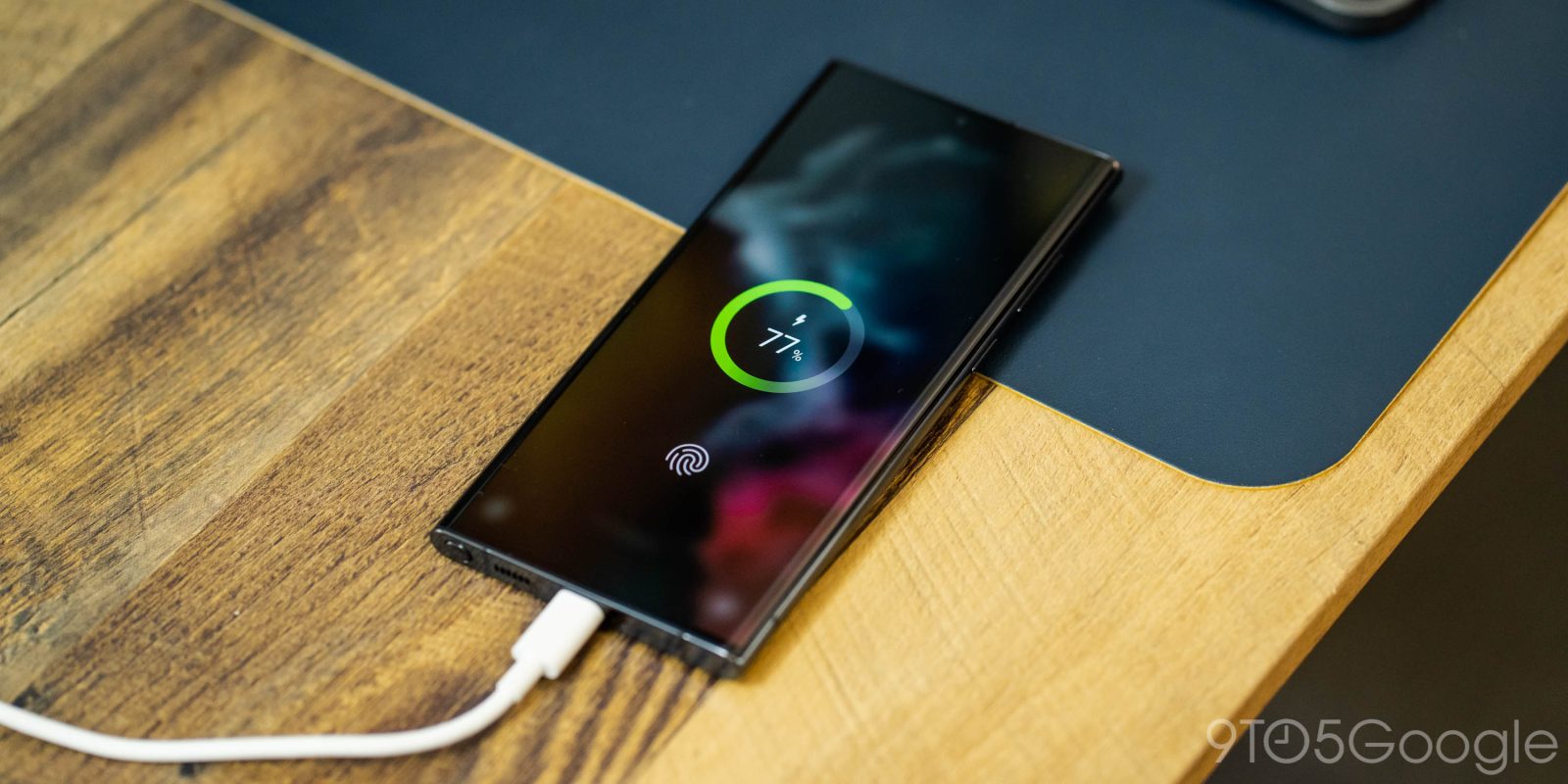 One key point of Samsung’s Galaxy S22 series is its ability to charge at a whopping 45W, far faster than most mainstream flagship phones today. However, an analysis of charging speeds on the Galaxy S22 series suggests that 45W input doesn’t actually provide a benefit compared to less powerful adapters.

Update 3/10: This article has been updated to include a new test with differing methodology. Scroll down for more.

On its website and through some advertising, Samsung has touted the Galaxy S22+ and Galaxy S22 Ultra as being able to charge at 45W, albeit without actually including a charger in the box to take advantage of those speeds. Even the Galaxy Tab S8 series dropped the included charging brick this year.

The folks over at GSMArena took a closer look at charging with the Galaxy S22 series and found pretty surprising results. As it turns out, the Galaxy S22+ and Galaxy S22 Ultra see no meaningful benefit from charging at 45W.

Looking at total charging time, there’s also virtually no difference. The Galaxy S22 Ultra went from 0% to 100% in 59 minutes on a 45W charger, with the S22+ clocking in at 61 minutes on the same power source. Moving to a 25W charger, the S22+ took 62 minutes to fully charge, while the Ultra took 64 minutes. The 65W charger tested with the Galaxy S22 Ultra took 62 minutes to provide a full charge as well.

The conclusion that can be drawn from these results is pretty clear. Despite Samsung claiming these phones can charge at 45W, there’s no meaningful impact on charging speed compared to 25W, even in short bursts on low battery.

There are some minor asterisks to this test. For one, the cables used are not mentioned. Further, the actual statistics of the power levels coming to the phone are not mentioned at all. It’s possible that Samsung’s new phones are actually capable of receiving 45W input, but limiting charging speed otherwise.

But even with those points in mind, the results here are pretty telling.

Update 3/10: The folks over at Android Authority have put together another test that essentially confirms the same verdict — 45W charging on the Galaxy S22 series doesn’t make a meaningful difference in the charging cycle.

This test, which took actually wattage into account, shows that the Galaxy S21 Ultra does actually hit a max input of roughly 40W, but quickly drops down to 30W barely two minutes into charging, dropping further to 20W after the first 30 minutes. Meanwhile, the 25W charger sits between 25W and 20W for the first 30 minutes, before similarly dropping in power delivery as time goes on.

There’s still a very, very minor difference in the total charging cycle, but this test shows that 45W charging input does actually deliver a faster charge for a brief period of time if your phone’s battery is especially low.

Google’s Pixel 6 series, notably, also came under fire for its charging situation last year. Not long after launch, a similar test showed that Google’s phone was charging much slower that the company had implied was possible, and drastically slowed down charging as the battery filled up. While Google’s situation can be chalked up to a misunderstanding and an unusual choice in hindsight, the slower speeds on the Galaxy S22 series are a bit more confusing.

In any case, at least the battery life on the Galaxy S22 series is good enough to where super-fast charging isn’t a necessity, and a slow overnight charge does the trick just fine, and limits battery problems as well.