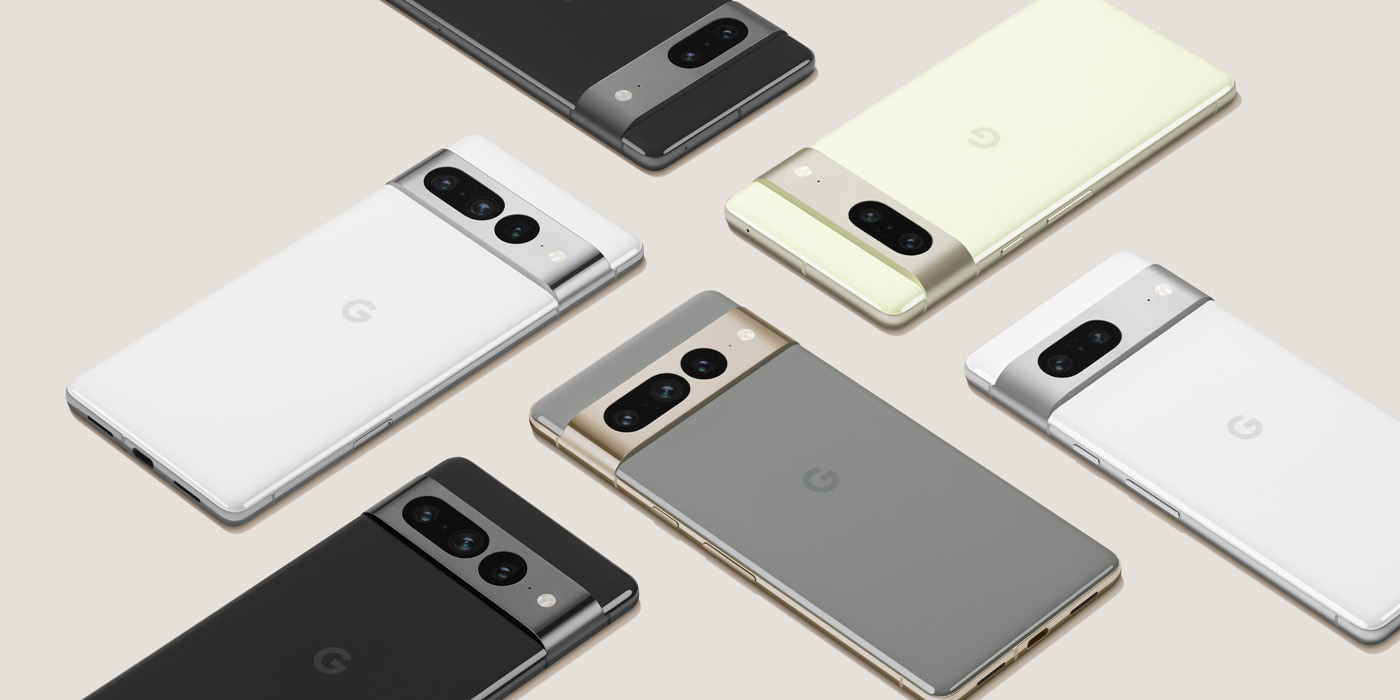 According to newly uncovered specs for the Pixel 7 and Pixel 7 Pro, the upcoming flagship phones poised to use the same displays as found in the Pixel 6 series but with a few tweaks.

With the Pixel 6 generation, Google’s phones took a big step forward, bringing their top of the line option from 90Hz up to 120Hz. This generation also marked the first use of a curved display for the Pixel series. Both the Pixel 6 and 6 Pro used relatively recent Samsung displays, though in our review, we found both devices were outclassed by Samsung’s own Galaxy S21 series and even further by this year’s Galaxy S22.

As of Google I/O 2022, where the company revealed its full lineup of Android devices out into 2023 (or most of it anyway – more on this in a bit), we know quite a bit about the upcoming Pixel 7 and Pixel 7 Pro. We’ve seen how the two phones will refine the iconic design of the Pixel 6 series as well as a little bit of how the internal hardware will step things up from the debut Google Tensor chip.

That said, there’s quite a bit about the Pixel 7 and Pixel 7 Pro that Google hasn’t yet shared, including the internal specs or even what the fronts of the phones look like. On the latter, we’ve discovered code in the Android Open Source Project that reveals the displays being used on the Pixel 7 series.

More specifically, we find that Google has created two new display drivers, one tagged with “C10” and the other with “P10,” which we know to be the shorthand versions of the “Cheetah” and “Panther” codenames for Pixel 7 and 7 Pro. Thanks to these files, we now have fairly precise display specs for the next generation Pixel phones.

The smaller Pixel 7 will feature a 1080 x 2400 display which is capable of running at up to 90Hz, while the Pixel 7 Pro will have a 1440 x 3120 display that can manage a 120Hz refresh rate. If these specs seem familiar, that’s because they are identical to what’s offered on last year’s Pixel 6 series.

And that’s no coincidence, as current indications in the code point to the Pixel 7 and 7 Pro using the exact same Samsung panels — S6E3FC3 and S6E3HC3, respectively — as its predecessors.

On the one hand, this is a bit disappointing as it means we can’t expect much of an improvement in the display versus last year’s phones. That said, there are still some changes in store.

The most obvious of these is that the Pixel 7 is set to be a touch smaller than the Pixel 6, and the display will reflect that, being 1mm narrower and 2mm shorter. Meanwhile, the Pixel 7 Pro’s display is unchanged in size compared to the Pixel 6 Pro.

Instead, the Pixel 7 Pro appears to gain a native 1080p mode for its display. We believe this could be used to let Android conserve power by rendering everything at 1080p and letting the panel’s “DDIC scaling” convert it to 1440p. While this would certainly not be as pleasant to look at, it’s likely this is intended as an optional way to reduce battery usage, perhaps as part of Low Power Mode. Samsung and other Android OEMs have adopted similar scaling options for battery savings.

Notably, it’s possible that the Pixel 7 Pro could get a slight hardware improvement to its display, as Google has been working to support a nearly identical display alongside the one specially marked for “C10.” This display carries the model number “S6E3HC4” and may be one generation newer. For now, there’s no indication as to whether this will actually appear on the Pixel 7 Pro, but the near identical feature set leaves the possibility open.

Overall, these newly uncovered display specs seem to further the idea that the Pixel 7 and 7 Pro will be more iterative entries, at least in the hardware department. Our leading theory is that Google is beginning a “tick-tock” release cycle for the Pixel series going forward, but only time will tell.