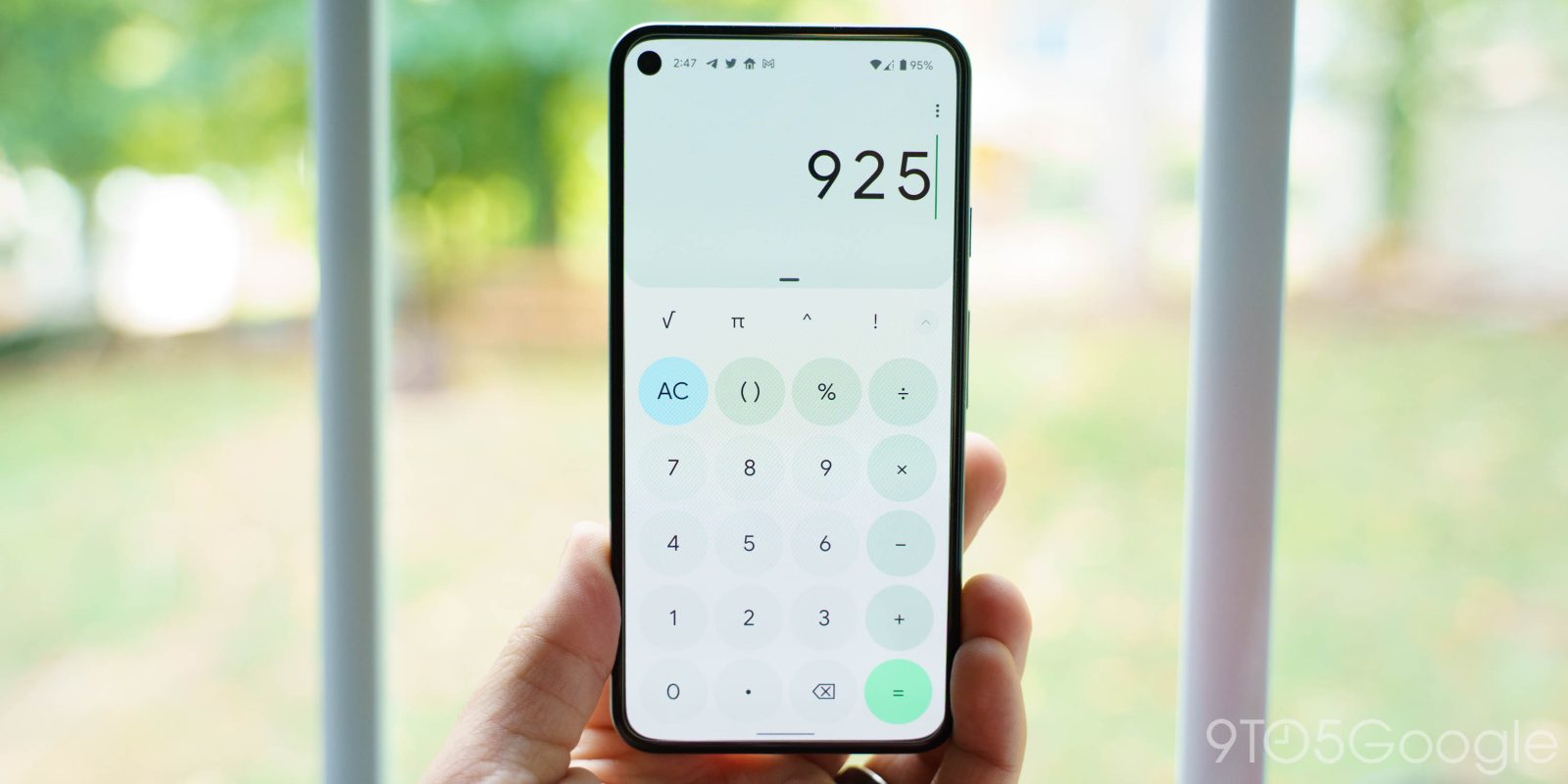 Following Lens last week, Google Calculator is the next first-party application to be updated for tablets and other large screen Android devices.

Update 6/1: As of yesterday, Google has widely rolled out version 8.2 of Calculator via the Play Store. Other design changes introduced with this update include Dynamic Color tweaks that make certain buttons darker.

Numbers on the keypad also appear much larger and take up more of their circle, while the delete key is no longer just an outline.

Update 5/26: Google also added a Quick Settings tile with Calculator 8.2 that simply launches the app. It is using the themed icon as the illustration. (Thanks Kawshik.)

Original 5/24: Before this update, the tablet UI was just the landscape version of the app with additional functions shown to the left of the number pad (and basic operations).

With version 8.2 of Google Calculator, that layout no longer takes up the entire width of your screen. Additionally, most of those extra functions can be hidden when not needed so that the other keys are pill-shaped instead of circles.

The “display” area is bigger as a result, while “History” now appears as a left column that’s always visible. Accessing past calculations previously required pulling down the screen and hiding the keys.

This two-column UI lets tablet users take advantage of the entire screen and is quite multitasking-friendly. It’s otherwise a straightforward update and there are no changes to the phone UI, including in landscape. You can still flip your tablet to portrait orientation to use the simple interface.

Calculator 8.2 is rolling out via the Google Play Store, but not yet widely available. You can sideload it manually in the meantime. Google rarely updates this app with the last major release in September of 2021 introducing the Material You redesign with Dynamic Color.