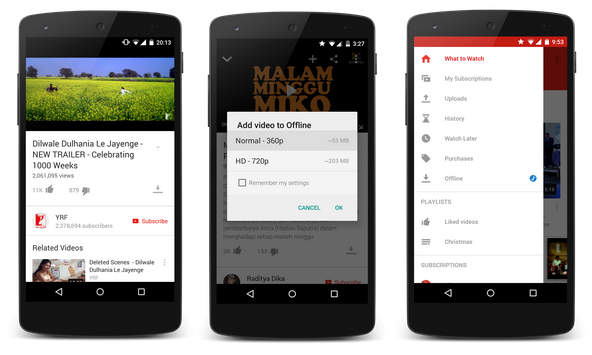 Google announced today that it has started rolling out support for offline video playback in the YouTube Android app for three countries: India, Indonesia, and the Philippines. The company says that the goal is to help work around limited access to high-speed internet connections.

The new mode will allow many videos to be cached directly on the phone for up to 48 hours in order to be played back later. Users will have the option of selecting what resolution they’d like to cache to make the process as efficient as possible.