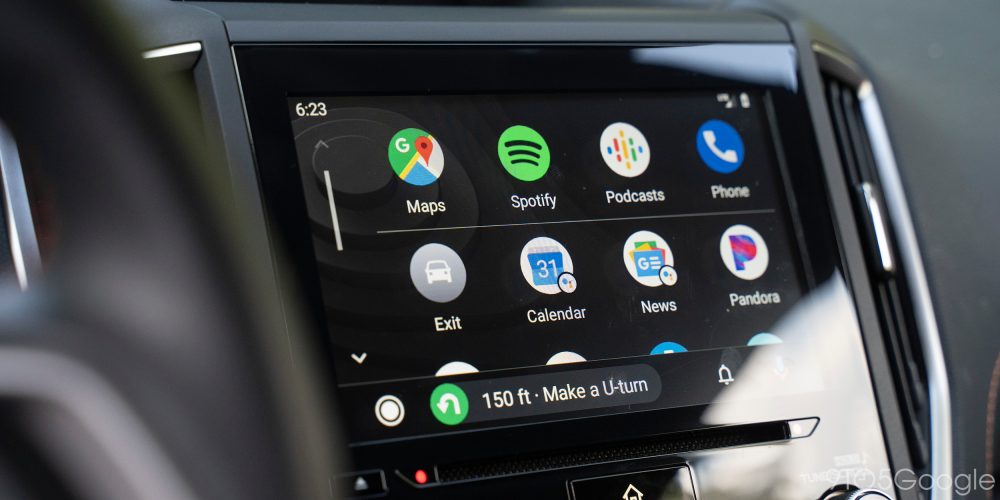 You should always focus on the road when you’re driving a vehicle, but maps and music can make the journey better. That’s why phone-powered platforms have become a favorite for many car owners. Android Auto is Google’s offering for owners of Pixel, Samsung, and other popular smartphones. Here’s what you need to know about it.

What is Android Auto?

Google’s Android Auto platform isn’t its own operating system. Rather, it is an extension of a connected Android smartphone that can display some apps, entertainment, and mirror messages on a car’s dashboard. The platform was announced in 2014 with tie-ins to Google Calendar, Maps, and other products. The original design mirrored Google Now with cards for weather, appointments, and infotainment such as music controls.

Later, in 2019, Google revamped the design of Auto entirely with a focus on apps and shortcuts, as well as deeper reliance on Google Assistant.

In my experience with the new Android Auto, the biggest positive change has been the new navigation system. Instead of the row of apps switchers, Google has opted for just three static buttons. There’s a home button off to the far left side of the display, with buttons for notifications and Google Assistant on the right side. Having the home button off to the right makes it just a bit easier to use since it’s closer to the driver.

Another big change that Google has made to the new Android Auto is the addition of Google Assistant “apps” on the homescreen. Filling out the app drawer on the new homescreen, you’ll see the likes of Weather, News, and more. These aren’t actually proper applications, but rather, buttons you can push to trigger what would otherwise be voice commands.

The new design has since been updated to include a gallery of wallpaper options and powerful Google Assistant shortcuts that can be customized by the user for essentially any action, like opening the garage door, for example.

Android Auto is designed to help keep driver’s attention on the road rather than their smartphone. The platform limits users to just a handful of apps, primarily those used for media, such as Spotify, YouTube Music, and others. Mapping apps are also a core part of the platform, with Google Maps and Waze both offering apps. In 2021, Google opened up Android Auto to more third-party mapping apps, with Sygic and TomTom quick to offer their own apps.

Traditionally, Android Auto connects to your vehicle over a wired USB connection, but it can also be done wirelessly. You’ll first need an Android smartphone using Android 11 or higher (or a Pixel/Samsung device on Android 9 and up), as well as a vehicle that supports wireless Android Auto. If your vehicle only supports a wired connection, the third-party AAWireless dongle can be used to add that functionality to nearly any car.

Advanced infotainment systems are a crucial part of modern cars, and, in most cases, they come with support for Google’s Android Auto and Apple’s CarPlay. Notable brands that support Google’s offering in at least some widely available vehicles include the following, and you can view the full list here.

There are well over 500 different vehicles sold today that include Android Auto support, and the list is constantly growing. For example, Porsche recently announced it would add support for Google’s platform starting in its 2022 Porsche 911.

If your car doesn’t natively support Android Auto, you can add it with the help of a third-party head unit. Popular brands that offer Google’s platform include Pioneer, Sony, Alpine, and others.

You can learn more about Google’s platform in our continued coverage below, and read our review of the updated design here.

Android Auto is great for getting maps and music running in your car, but the vast majority of vehicles that support it also limit users to slow charging speeds. Now, one person has come up with a clever way to bring fast charging to essentially any Android Auto user.

END_OF_DOCUMENT_TOKEN_TO_BE_REPLACED

Some Android Auto users have encountered a strange bug while using the platform recently. For reasons unclear, music playback is going on pause when opening any app on the phone that’s powering the Android Auto UI.

Android Auto Wireless expands to the 2022 Honda Civic, but only in ‘Touring’ trim

The Honda Civic is one of the most popular mainstream cars in North America, and soon, it’ll work even better with Android phones. After adopting Android Auto in its 10th generation of the Civic, the 2022 Honda Civic will turn things up a notch with the option of wireless Android Auto, though with a slight catch.

Video: User rebuilds AirTag as a thinner card that fits into wallets

Tested: Satechi’s Dock5 is the all-in-one Apple charging station I’ve been searching for

As electric vehicles take over, charging networks are a huge priority, but in the meantime, they’re still a little difficult to find. ChargePoint is one of the largest EV charging networks in the United States and Europe, and now, they’ve added support for Google’s Android Auto platform.

Google’s Android Auto has become an important tool for many users and, soon, it may introduce a new “Connectivity Troubleshooter” which could make it easier to figure out problems with your connection.

END_OF_DOCUMENT_TOKEN_TO_BE_REPLACED

Now that Android Auto has opened up the system to developers, we’re going to see a real explosion in the number of alternate navigation apps, the latest being that of TomTom AmiGo.

Green Deals: Trim your trees with a Greenworks 24V 12-in. brushless chainsaw at $170, more