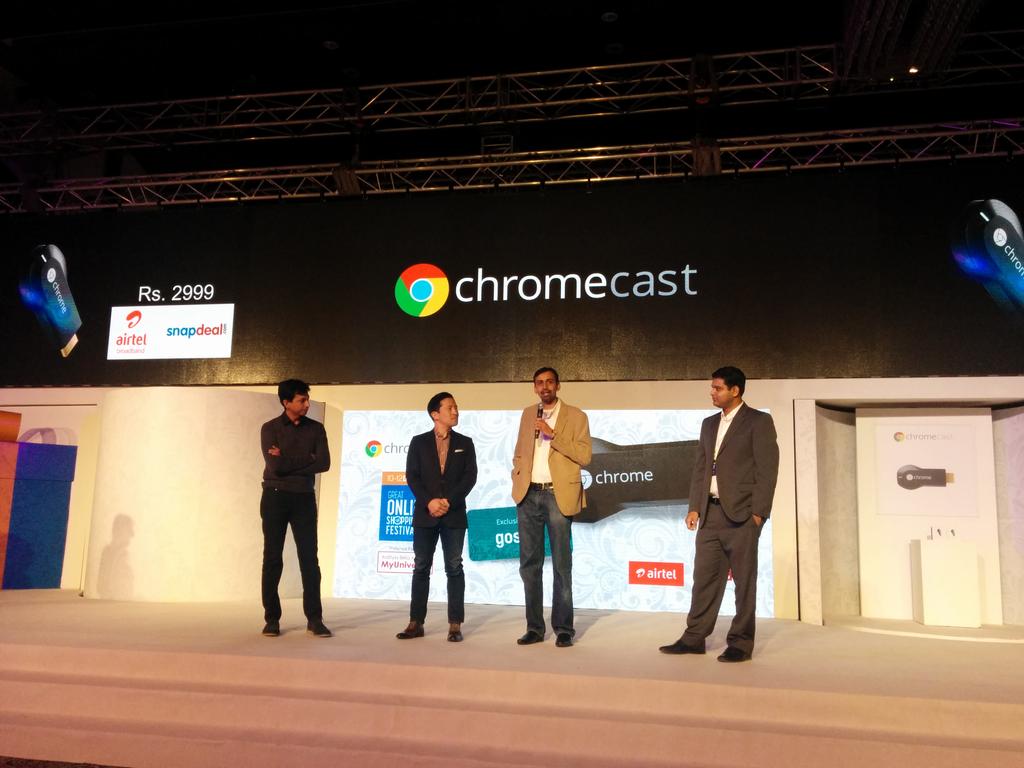 Google announced during its Great Online Shopping Festival 2014 tonight that it will officially launch the Chromecast streaming device in India. The HDMI dongle will be available through online retailer SnapDeal for Rs 2,999 later tonight—a bit higher than the $35 price in the States.