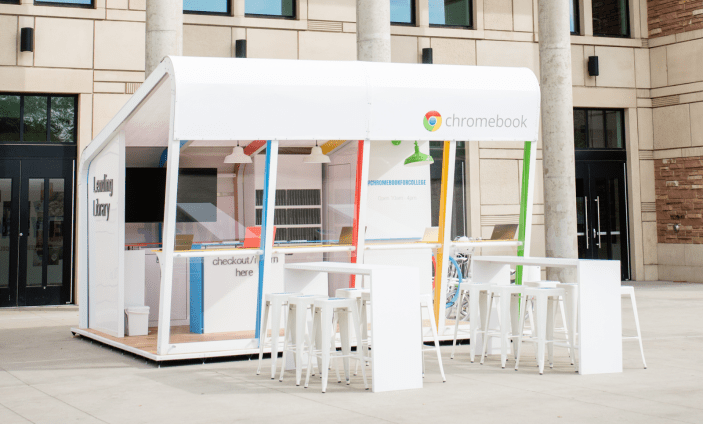 The Lending Library is a bit like your traditional library, but instead of books, we’re letting students borrow Chromebooks (no library card needed). Students can use a Chromebook during the week for life on campus— whether it’s in class, during an all-nighter, or browsing the internet in their dorm.

The Chromebook Lending Library appears to be a temporary setup promoting Chromebooks that Google will tour across the country to various campuses: You can keep your Chromebook for as long as we’re on campus. Just make sure to return it to the Lending Library before we pack up and leave. Don’t worry, we’ll be sure to tell you when we’re leaving.

The company has an FAQ here and a full list of dates for schools already scheduled for the tour. Google plans on stopping in most locations for three days and it will update its site as more stops are announced.