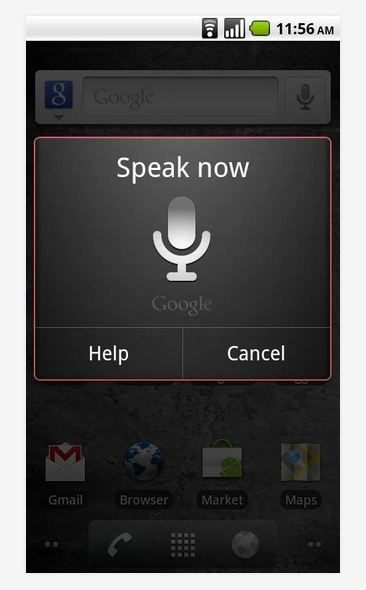 Teenagers talk on the phone a lot, but you know what else they do? Talk to their phones. Google published a study today looking at that voice search habits of American smartphone users and to no one’s surprise, teens use the feature more than adults. According to Mountain View’s findings 55 percent of teens ranging from 13 to 18 years old use voice search every day.

Meanwhile, older adult users only clock in at 41 percent, with the bulk of them saying it makes them “feel tech savvy.” If a teenager happens to be a power user attached to their smartphone at least 11 hours a day, this statistic jumps to a staggering 75 percent. Not quite the case with older folks, the study notes that around 45 percent of adults feel geeky talking to their smartphone.

So what are people using voice search for the most? Google’s research shows that most people use it to ask for directions (40 percent), with talk to text messages coming in second at around 39 percent. Most teens use the features for casual activities like listening to music, while 23 percent of adults in the study said they use voice search while cooking.

The results here aren’t exactly shocking. Older people come from a different time and while smartphones are commonplace today, elders are less likely to rely on them. However, one spry 59 year old seems to think that voice search is the bee’s knees.