Google just added all three of its new Nexus devices to the Play Store. You can pre-order the company’s new tablet (16GB $399, 32GB $479) and set-top box ($99) directly from the company, but its latest smartphone is listed as “coming soon.” Google officially unveiled Android 5.0 Lollipop to the world on Wednesday, along with its Nexus 6 smartphone, Nexus 9 tablet and Nexus Player media hub.

Pre-orders for Google’s new slate are now available through several retailers and wireless carriers are expected to begin accepting orders for its Motorola-made Nexus 6 on October 29th. In addition to its new Nexus hardware lineup, the search giant is also taking pre-orders for its set-top receiver’s game controller, which will set you back $40 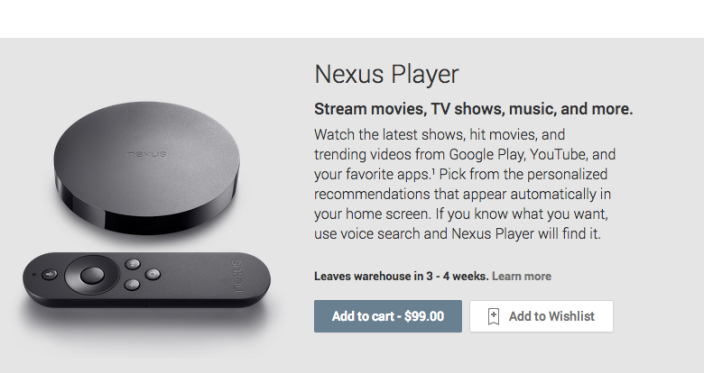