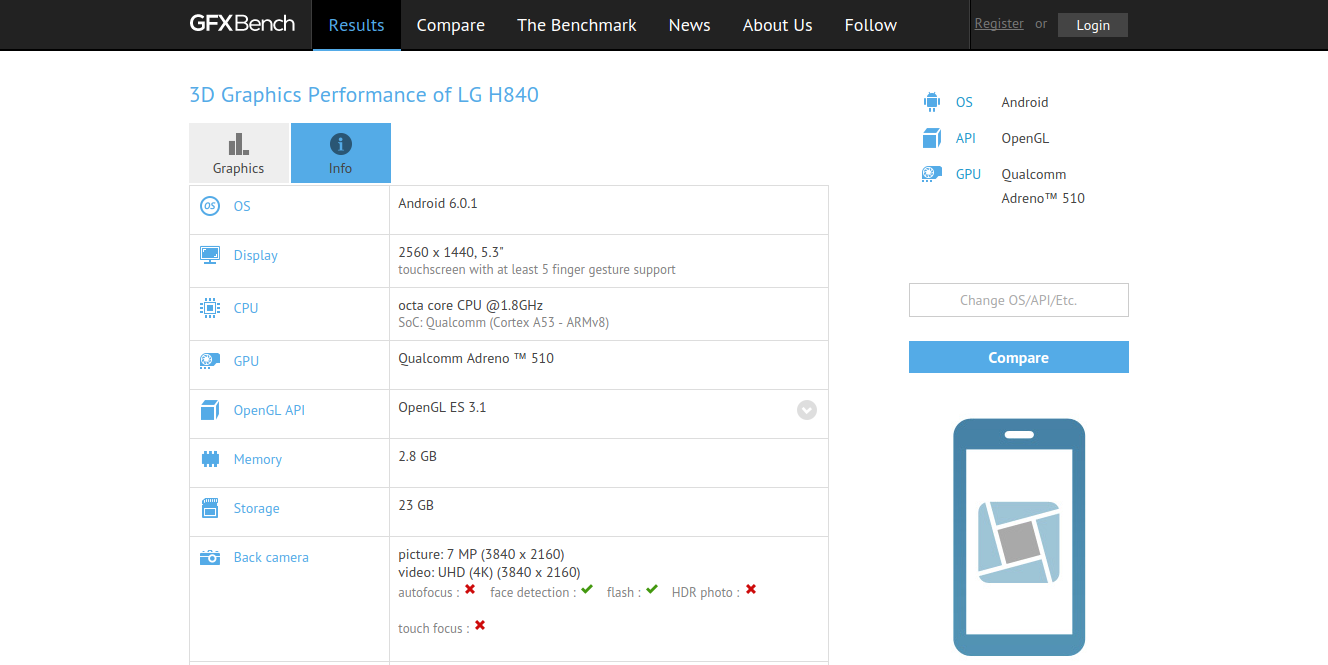 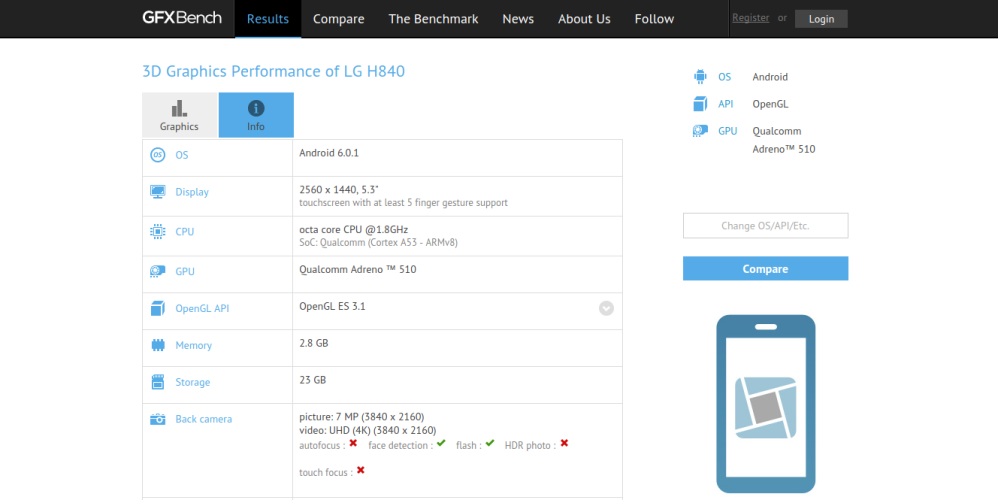 The LG G5 and its accompanying accessories have already been thoroughly leaked, but LG might also be planning other phones in the G5 family. Last week, a device was spotted in GFXBench with a lesser processor, RAM, and camera.

This device carries the H840 model number, while the G5 is the H830. This possible LG G5 ‘Lite’ feature the same 5.3-inch 2560 x 1440 display, but is instead powered by an octa-core Snapdragon 652 processor and only 3GB of RAM (versus a quad-core Snapdragon 820 and 4GB). Storage is still at 32GB, while front and rear cameras are listed at 7MP with 4K video support.

Spec-wise, it sounds like a solid phone and it would probably not include features like the rumored modular slot and dual camera setup in order to save on cost. For users who don’t want those gimmicky features, this ‘Lite’ phone might be enough for them.

However, we’d caution the validity of this benchmark. When it was first discovered, KitKat 4.4 was the operating system listed. It has since been changed to Android 6.0.1 Marshmallow, like in other G5 benchmarks.