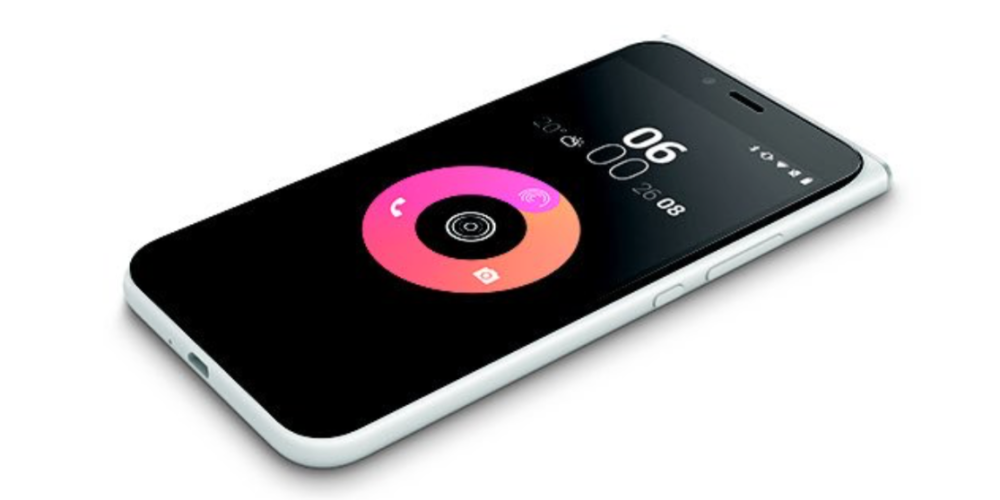 Obi Worldphone, the company founded by former Apple CEO John Sculley, has announced that it is releasing a new phone aimed at emerging markets. Called the MV1, the device was unveiled at Mobile World Congress in Barcelona and will cost either $139 or $149, depending on the amount of RAM you chose.

The MV1 is essentially a mid-ground between Obi Worldphone’s previous two devices, the SFI and SJ1.5, but the company is marketing the device as one that merges “style with substance.” Like Obi’s previous devices, the MV1 was designed by San Francisco-based firm Ammunition and strongly resembles the first two devices released by the company.

As far as specs go, The MV1 features a 5-inch display with a 720×1280 display and a Qualcomm Snapdragon 212 quad-core processor clocked at 1.3GHz. For $139, you get 1GB of RAM, while $149 gets you 2GB. The device has dual-SIM slots with support for 4G LTE and 16GB of internal storage with a microSD card for expanding with 64GB of additional storage. The MV1 runs Android 5.1 Lollipop or Cyanogen OS 12.1.1 and includes a 2,500mAh battery with a 5MP front camera and 2MP rear camera.

The MV1 is available now in Asia and Africa and will soon launch in Europe and Latin America, as well. Full press release below:

“For our markets, the design of the MV1 is a fresh, modern breath of air in a sea of sameness. Its combination of simple form, iconic outline and resolved details make it an object to be desired” Tweet this Named the Obi Worldphone MV1, Obi’s latest device embodies the company’s deep-rooted philosophy that sophisticated design is just as vital to a modern phone as its internal components. The phone’s sculptural look was created by Ammunition, a San Francisco-based design firm that shares Obi’s ethos of fashion, form, and function. With the company’s signature elevated screen and palm-fitting body, the MV1 represents a refreshing wave of design packed into a practical 4G LTE-enabled device.

“This is an industry with 200 different brands vying for consumers’ attention. There will be 1.4 billion Android phones produced in 2016 alone, so there needs to be a way to stand apart from the pack,” says Obi Worldphone Co-founder John Sculley. “The components for all these different phones are mass produced, in the same countries, and often in the same exact factories. What we’ve done with the Obi Worldphone from the very beginning is show that it’s possible to have a beautifully designed phone that fits into your lifestyle at an accessible price without sacrificing form and technology. You don’t have to give up style in exchange for substance. With the MV1, you can have both.”

“For our markets, the design of the MV1 is a fresh, modern breath of air in a sea of sameness. Its combination of simple form, iconic outline and resolved details make it an object to be desired,” says Ammunition founder and Obi lead designer, Robert Brunner.

MV1 comes equipped with both Android Lollipop 5.1 and Cyanogen OS 12.1.1, the latest operating system from Cyanogen. Cyanogen OS is an Android-evolved operating system that allows users to personalize and customize their device experience from icons and themes to boot animations and lockscreens. In addition to improved security and privacy options, the OS provides enhanced features like Truecaller, which allows users to block incoming spam calls, and LiveDisplay, which intelligently adjusts the user’s screen based on ambient light.

Obi is quickly becoming synonymous with beautiful, high-performing Android mobile devices. The MV1 merges style with substance in a way that only Obi can and eliminates the notion that exceptional design has to be expensive. With rounded corners at the bottom and a chiseled top, it’s a unique shape for a mobile phone.

Set above the body, the signature floating display gives the phone a certain architectural quality – lending it lightness without robbing it of substance. Jumping to life from that screen is the MV1’s 5-inch in-cell display, which presents images, video and games in crisp detail and radiant color.

The distinctive elevated display is made of Gorilla® Glass, the most durable material of its kind in the industry, and paired with a layer of oleophobic coating that keeps the screen looking new and smudge-free. Added UV protection lets the phone retain its brilliant color.

The MV1 is an unlocked 4G LTE, dual-sim Android phone. From the moment it’s taken out of the box, it’s ready to go – no carrier plans necessary. Backed by a 1.3 Ghz Qualcomm quad-core processor, it delivers premium-tier graphics, speedy download times and fluid multitasking.

It’s all wrapped together in a custom-made OS by Cyanogen, which means stronger security, robust privacy options and deep levels of customization. The MV1 also features Lifespeed™ Obi’s custom clean and intuitive user interface that’s known for letting users access the phone, camera and web straight from the launch screen.

The MV1’s suggested retail price is $149 for a 16GB model with 2GB of RAM as well as another 16GB model with 1GB of RAM, both of which can be expanded to 64GB with a microSD Card. It’s debuting in three colors – red, white and black. The sleek design and premium components give it style and longevity that’s uncommon at this price point.