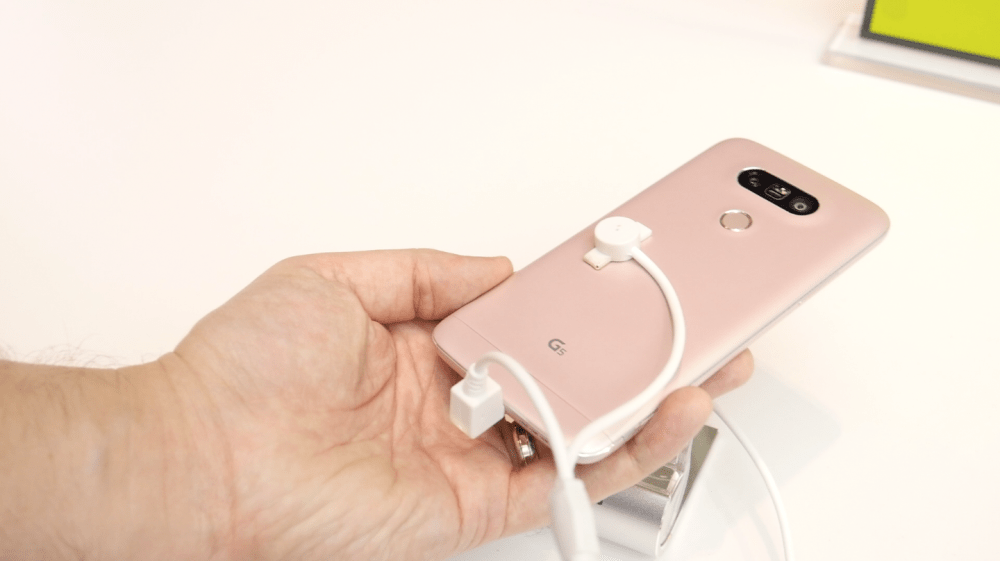 Earlier this morning, various US carriers announced pre-orders for next month’s launch of the LG G5. The success of the device’s marquee modular feature, however, may end up being heavily dependent on third-parties releasing useful modules. To spur development and announce details, LG hosted a developer conference yesterday according to Korean news site Etnews.

So far, the modules announced at MWC were either first-party or created in partnership with LG. The G5 Friends Developers Conference in South Korea was attended by 200 start-ups and companies; LG is hosting an additional event in San Francisco next month.

The LG Playground claims to be an open ecosystem, but it is left to be seen whether module makers will need to be licensed and if they can sell the modules without going through LG. At the conference, LG announced that modules will be sold at lgfriends.com starting on April 18. Additionally, the report mentions a profit sharing arrangement with LG.

The company will release a software and hardware development kit next month on their developer site. To help spark interests, LG will host various contests.

Exact details about the modules are still unknown. Are companies responsible for building the actual hardware or is LG the one actually manufacturing them? Such an arrangement would explain the profit sharing. It’s likely that the B&O Hi-Fi Plus DAC module will be a good example of what the collaboration process looks like.

Regardless, LG seems to have a firm commitment to the modular concept beyond just the G5. At the event, CTO of LG Electronics An Seung-kwon said, “LG Playground won’t be just an event for G5, but it will also be for products that will be developed in the future.”