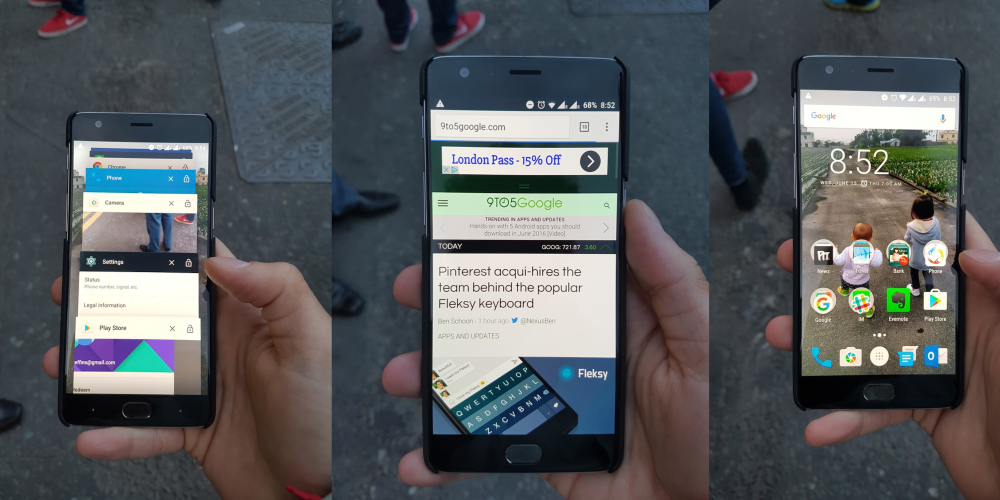 Even with its 6GB of RAM, a YouTube comparison revealed last week that the OnePlus 3 still had a bit of trouble with multitasking. When compared with the Galaxy S7 Edge, the OnePlus 3 took marginally longer to store and reload apps from memory despite its supposed advantage on paper. Later the same week, the talents over at XDA developed a potential fix for this issue and now the same YouTuber who started this is back with the fix applied to show us how it improves things.

In the previous video, C4ETech showed that the Galaxy S7 Edge could open and then close a selection of 16 different apps in just 1:01. Previously the OnePlus 3 took 1:11 to complete this, but with the fix applied it takes slightly less time — about 1:07. This, however, is not what’s important. That test has more to do with the speed and performance of the processor than it does the RAM itself. Samsung’s optimizations on the Exynos-powered S7 found in the video likely contribute to a much quicker experience compared to the Snapdragon 820-powered OnePlus 3.

What you should really care about in this video is the performance of re-opening those apps. Where previously the OnePlus 3 lost miserably compared to the S7, not holding as many apps in memory, now the OnePlus 3 wins by a considerable margin.

This time the entire test is completed in 1:30. That means it took the OnePlus 3 just 23 seconds to re-open each application. Not a bad improvement compared to the 1:10 from the previous video.

This fix clearly does apparently help improve multi-tasking on the phone, but as mentioned by the company’s CEO Carl Pei over on Twitter, RAM management is a bit more complicated than just a quick change to the build.prop settings. For now the only way OnePlus recommends to fix this issue is to flash a third-party ROM that has the fix baked in. Software updates will also likely come to the OnePlus 3 over the coming weeks to improve the RAM management on the device, as well.