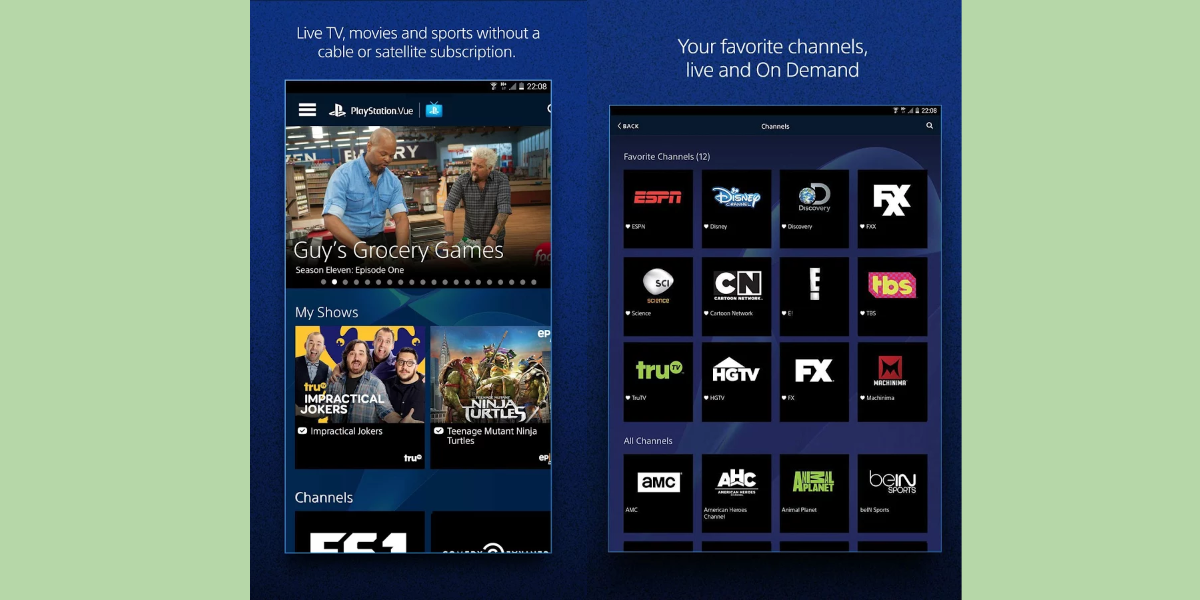 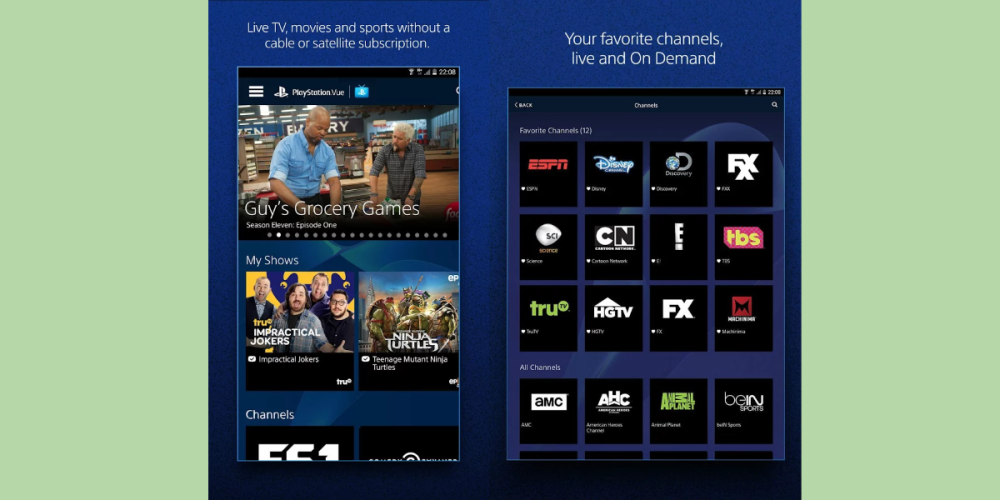 While it may not be as widely known as its competition, PlayStation Vue is a serious streaming service for cord cutters that includes live cable television channels. First announced last week, the Vue mobile app is now available on Android phones and tablets with full Chromecast support.

The Vue app is compatible with phones and tablets running Android 4.4 or higher and has support for Chromecast and other Google Cast-enabled websites. Unfortunately, there is no dedicated Android TV app. New users can subscribe to one of three plans in the app or through the Vue website:

Currently, Vue can also be accessed through a Roku, new PlayStation, or Amazon Fire TV. New users can sign up for a free seven-day trail before being charged. Some channels are not available depending on where you live; despite being an online service, Vue is still subject to streaming rights and geographic limits.