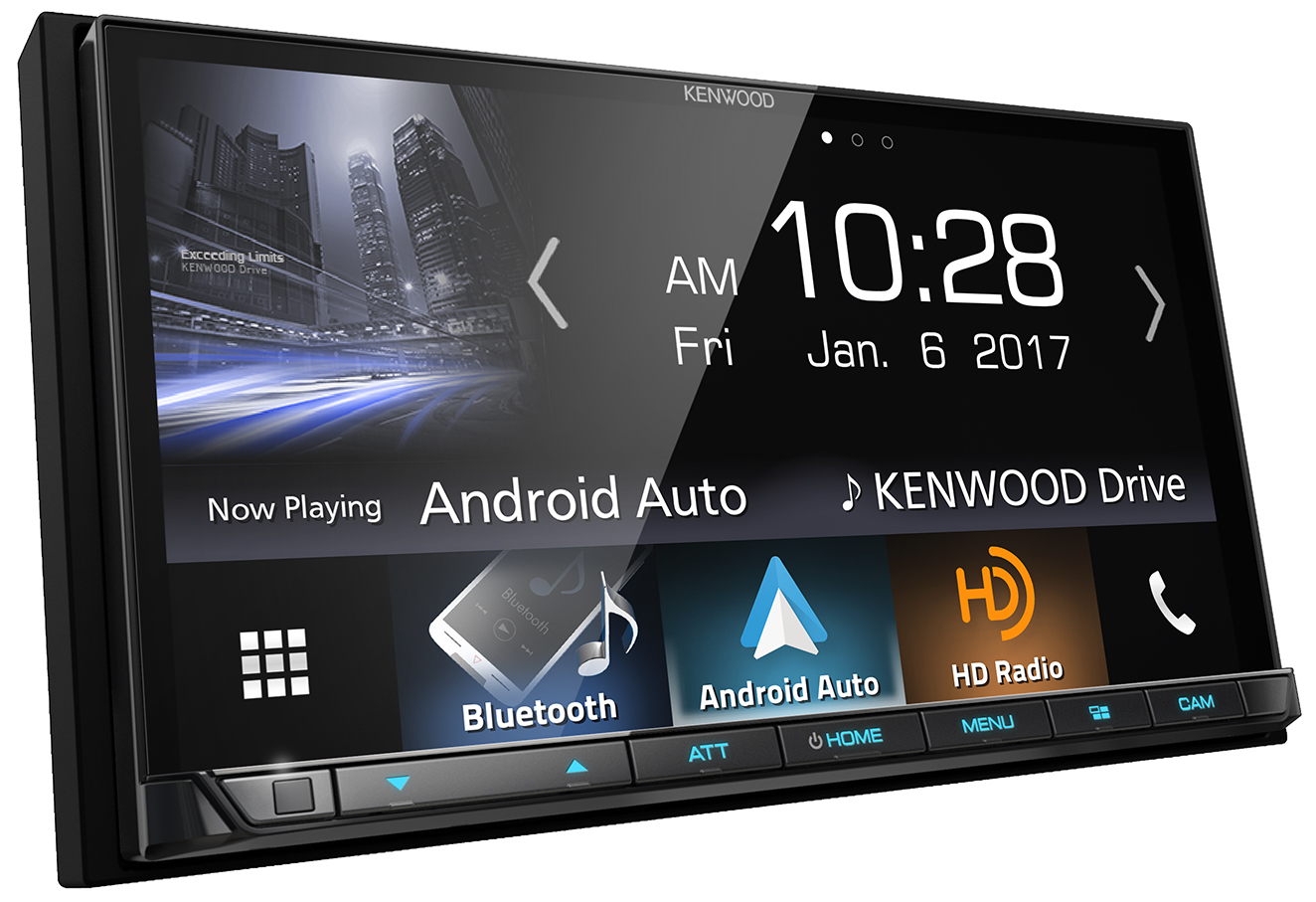 CES 2017 has officially kicked into full gear ahead of the show opening to the public this weekend, and today we get a look at the latest aftermarket in-dash entertainment systems that support the Android Auto platform. Announcements at the show include new products from JVC, Kenwood, Pioneer, and Alpine. Head below for all the details.

Alpine is also showing off a new 7-inch in-dash receiver with CarPlay support dubbed iLX-107. It features a WVGA capacitive touch screen and LED backlighting, but mostly notably appears to be one of the first units officially available with wireless CarPlay support, meaning users aren’t required to make a physical connection with a cable. That’s something the other products on this list don’t have for CarPlay or Android Auto, but Alpine only mentions CarPlay support in its press release. You’ll also find three (2V) preouts, one aux input, and support for rearview cameras. It will be available in February for $900.

Kenwood is showing off a new aftermarket Android Auto unit at CES this week called “DMX7704S”. In addition to Android Auto and Apple’s CarPlay, it features a clear resistive display panel, SiriusXM satellite radio (tuner sold separate), Bluetooth, a built-in 13-band equalizer and digital time alignment, and it supports the KENWOOD Remote iPhone app and KENWOOD DRV-N520 Dashboard Camera support. Like JVC, the company also notes a feature it calls Electronic Viewing Angle Adjustment that uses a “video algorithm to visually manipulate the display to offset the installation angle. It will be available for $500 in February.