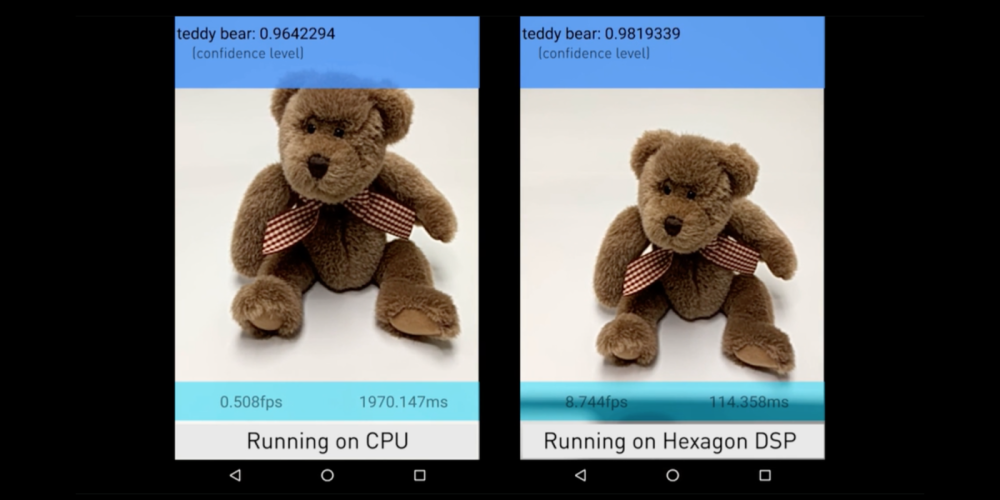 One of the more notable features of the Snapdragon 835 processor announced at CES 2017 was TensorFlow support. In a blog post, Qualcomm notes several performance boosts as a result of optimizing the chip for Google’s machine learning framework.

Open-sourced, TensorFlow can be used by any developer to add machine learning to apps and other services. Internally, Google uses it for image recognition in Photos and to converting audio to text in Cloud Speech.

Modern SoCs are composed of several components, including a digital signal processor (DSP) that can more powerfully and efficiently process audio, video, and other tasks than a CPU or GPU.

On the Snapdragon 835, Qualcomm worked with Google to ensure that TensorFlow efficiently runs on the Hexagon 682 DSP. In one test, a TensorFlow app designed to recognize real-world objects placed in front a camera is loaded onto two devices. The phones are identical save for one running the app on the CPU and the other on the Hexagon DSP.

The app running on the DSP is able to recognize, analyze, and come to a better conclusion on objects than the CPU one. Specifically, the DSP has better accuracy by being able to capture more frames per second, while being milliseconds faster and more confident at identifying objects.

These results are promising as machine learning is ultimately integrated into more and more services. Devices running the Snadragon 835 are expected to launch in the first half of 2017.