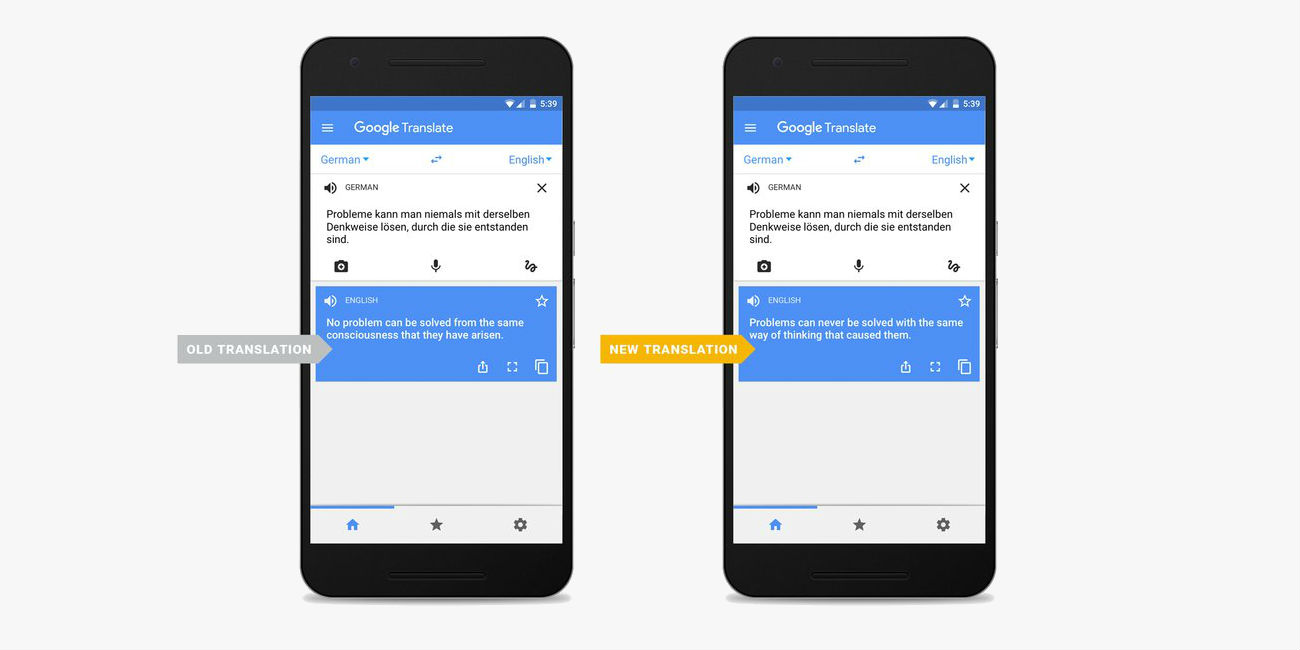 After first rolling out neural machine translation for certain languages back in November, Google Translate is now adding the feature to improve translations for even more languages.

The feature, which Google notes introduces improvements to the service by allowing use of deep neural networks to translate entire sentences, rather than just phrases, allows for much more accurate translations for longer text:

Neural translation is a lot better than our previous technology, because we translate whole sentences at a time, instead of pieces of a sentence. (Of course there’s lots of machine learning magic powering this under the hood, which you can read about on the Research blog.) This makes for translations that are usually more accurate and sound closer to the way people speak the language.

The improved translation tech was first available in eight languages, but over the coming weeks will be rolled out to many more starting with Hindi, Russian and Vietnamese today. Those add to the already available languages, including: English and French, German, Spanish, Portuguese, Chinese, Japanese, Korean and Turkish.

The new and improved translation tech will available to users in the new languages everywhere Google Translate is, which includes the iOS and Android apps, on the web at translate.google.com, and through the Google Search and the Google apps.