With many phones announced at MWC launching with Nougat and older devices continuing to receive updates, Android 7.0 continues it growth. According to March’s Android distribution numbers, the latest version of Google’s OS doubled in usage over the last month.

The vast majority of growth comes from version 7.0 rising 1.5 percentage points to 2.4%. Most updates rolling out to older devices are still based on API level 24. Meanwhile, Android 7.1 — which is only available on devices like the Google Pixel and newer Nexus devices — only jumped a tenth of a point.

This last month saw the Samsung Galaxy S7 and S7 Edge on T-Mobile and Verizon receive Nougat. Lenovo began rolling it out to the Moto G4 line and Z Play, while Honor is recruiting beta testers for the Honor 6X with EMUI 5.0. With the LG G6 launching soon, the company also confirmed Nougat updates for the G4 and V10.

These numbers are compiled from Android devices that accessed the Play Store in a seven-day period ending on March 6th. 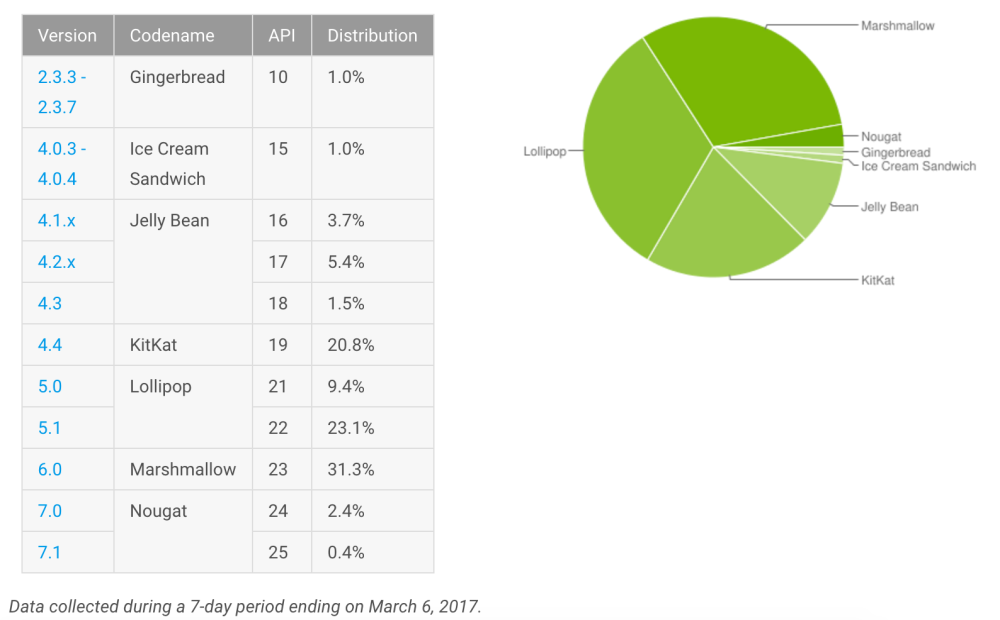