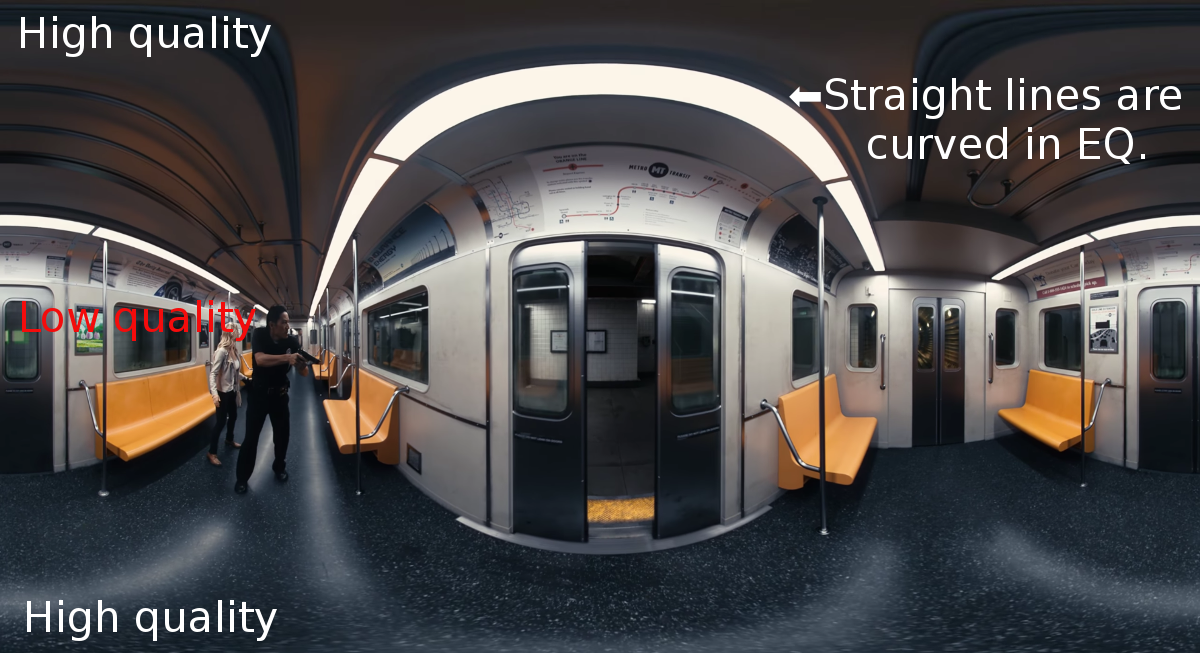 YouTube today published a blog post detailing a recent effort together with the Daydream team to improve VR content for users across all platforms. It also announced a new industry standard the two have developed for 360-degree video with hopes it will improve all VR content being created.

The improvements involve updates to the projections or mapping used to translate 360-degree video onto the rectangular video you view on your device as the end user:

360 videos need a large numbers of pixels per video frame to achieve a compelling immersive experience. In the ideal scenario, we would match human visual acuity which is 60 pixels per degree of immersive content. We are however limited by user internet connection speed and device capabilities. One way to bridge the gap between these limitations and the human visual acuity is to use better projection methods… We achieved a substantial improvement using an approach we call Equi-angular Cubemap or EAC. The EAC projection’s saturation is significantly more uniform than the previous two, while further improving quality at the equator

YouTube notes that it real-world tested the new technique by asking people to compare content (pictured below) with the new projections and the old method side by side. The result, as you might have guessed, is that people “generally rated EAC as higher quality compared to other projections.” 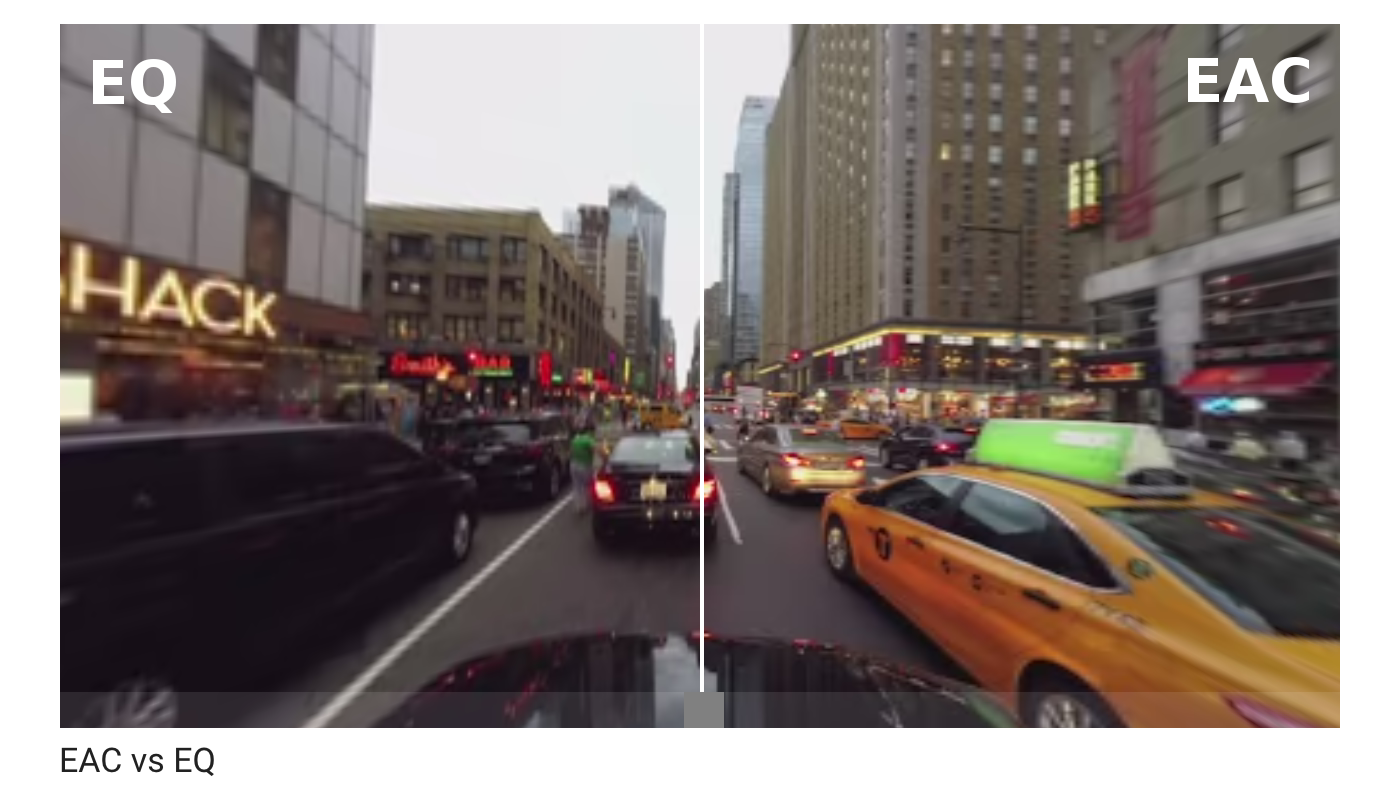 The improvements should as of now be offering improved VR content for spherical videos on Android, and Google said it will soon come to iOS and desktop. More info on YouTube’s Engineering and Developers Blog.