Software update allows all 2016 Ford cars to use Android Auto 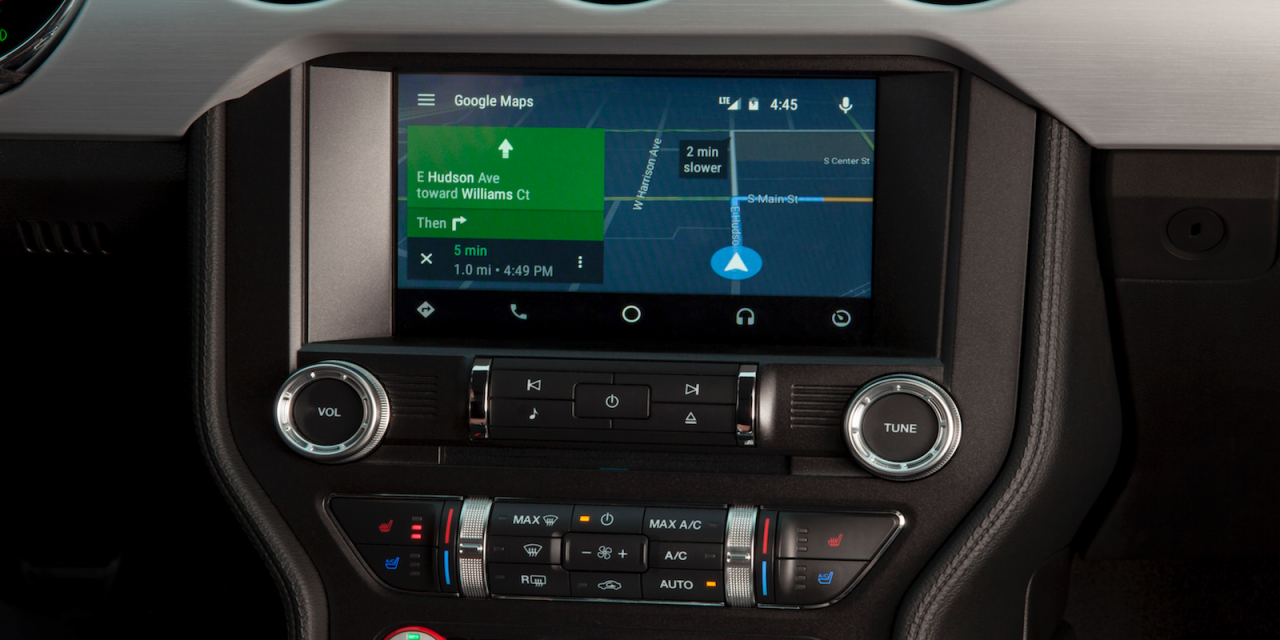 There’s good news for anyone with a 2016-model Ford. The company has announced that a software update will allow its entire fleet from that year to use both Android Auto and CarPlay. Android Auto supports phones running Android 5.0 (Lollipop) or higher.

While you can take your car to a dealer to do the update for you, that isn’t necessary as there are a couple of DIY options …

You can download the update from Ford’s owner support website, but it will also be the first over the air update for Sync, meaning users with Wi-Fi enabled vehicles will be able to download it directly:

Customers can update their software by visiting owner.ford.com to download and install with a USB drive, or by visiting a dealership. Customers with Wi-Fi-enabled vehicles and a Wi-Fi network can set up their vehicle to receive the update automatically.

Android Auto is already available on all 2017 models, and this update brings the platform to around 800,000 additional vehicles.

If your car doesn’t have a manufacturer-supported Android Auto option, there are aftermarket receivers available with pricing starting in the $300 range and Pioneer added five new models just yesterday that support both Android Auto and Apple’s CarPlay.

DEARBORN, Mich., May 19, 2017 – Ford is making Android Auto and Apple CarPlay software support available to model-year 2016 vehicles equipped with SYNC 3. Customers with model-year 2016 Ford vehicles can update to the new SYNC 3 version 2.2 by downloading to a USB drive, visiting a dealership or automatically through a Wi-Fi connection.

“Our SYNC 3 software platform was designed to be easy to update so we can get our customers the latest and greatest features, functionally and security enhancements,” said Don Butler, executive director, Ford Connected Vehicle and Services. “With over-the-air updates, we can deliver new features to customers in the background while they continue using their vehicles.”

Customers can update their software by visiting owner.ford.com to download and install with a USB drive, or by visiting a dealership. Customers with Wi-Fi-enabled vehicles and a Wi-Fi network can set up their vehicle to receive the update automatically.

Compatible with Android™ devices 5.0 and higher, Android Auto brings the Android experience into the vehicle safely and easily with Google Maps, Google Play Music, phone, messaging and third party apps projected on the car’s built-in display and available via voice controls. With a simplified interface, large touch targets, Google voice search and easy-to-use voice controls, Android Auto is designed to minimize distraction while on the road.

SYNC 3 currently supports Android Auto and Apple CarPlay on all model-year 2017 Ford cars including the Fiesta, Focus, Fusion and Mustang, SUVs including the Escape, Explorer and Expedition, F-Series trucks and Ford’s electrified vehicles.

Though Ford has been issuing SYNC upgrades since 2009, this is the first time the company is offering an update via Wi-Fi. In Wi-Fi-enabled vehicles with Automatic System Updates turned on within SYNC 3, the system will periodically connect to a customer’s designated Wi-Fi network to check for updates. If an update is available, the system automatically downloads the update in the background over a period of time without any customer interaction. And SYNC 3 is designed to perform the update as long as Wi-Fi is connected prior to the vehicle turning off, therefore there is no need to keep the vehicle running for the update to take place.