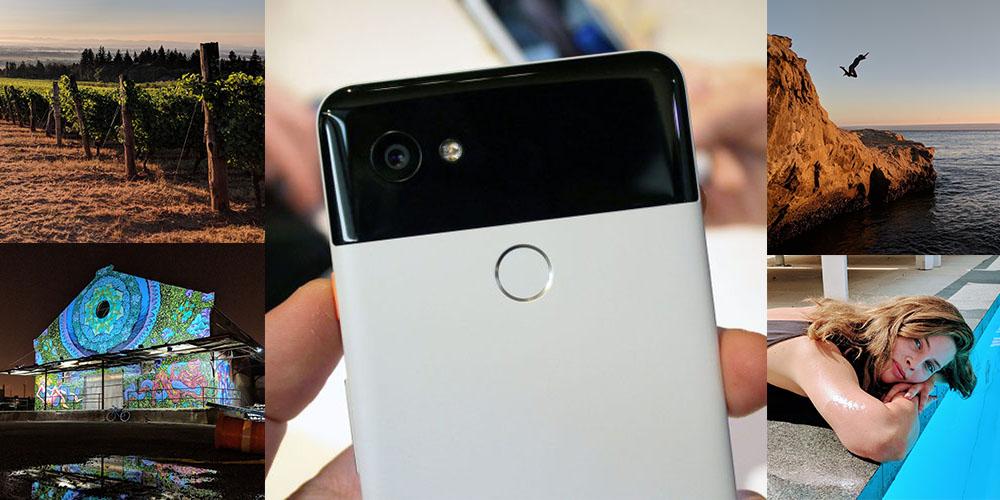 Just like with the original, Google is making some pretty big claims surrounding the Pixel 2’s new camera. The 12MP sensor has a lower aperture this year and includes OIS, but Google’s software is what will make or break it. Now, we’re getting a first look at the shots this phone is capable of, and they’re drop-dead gorgeous.

A gallery of shots from a Google employee posted online this weekend give us nearly 40 pictures and videos from the new Pixel camera in a variety of different settings and lighting conditions. Obviously, since Google is trying to hype up this camera, they all looking amazing, but there are some really interesting things to note here.

First of all, these shots were clearly taken while the phone was in testing with some shots having been taken as far back as late July. To say that Google has been working on this camera for a while would be an understatement, but they’ve clearly had things worked out for a while considering the quality of the images here.

With just standard shots, everything looks great. Details are solid, digital noise is kept to a minimum even in lower lighting, and dynamic range is fantastic. However, what’s really impressive to me in this gallery is the portrait mode photos. I’m typically not a fan of this effect which we’ve seen pop up on several dual-camera devices, but that’s mainly because it’s very poorly done. On the Pixel 2, though, it looks incredible thanks to Google’s software power. The results aren’t totally perfect, but they immediately look as good, if not much better than the competition.

Along with that, some of the shots here are taking advantage of the phone’s new “Motion” feature, similar to Apple’s Live Photos.

Lastly, there’s the video, and it’s impressive that Google’s stabilization has gotten even better since last year. In the gallery, we can see two side-by-side comparisons of stabilized versus unstabilized footage, and the results are pretty awesome. One video, in particular (shown in a GIF below), shows someone running down a sand dune with the stabilized shot barely moving, and the unstabilized making it difficult to actually keep track of the subject without feeling a little queasy.

Google Pixel 2 and Pixel 2 XL both start shipping later this month to early buyers. If you want to check out the full gallery of early photo samples, head over to Google Photos.