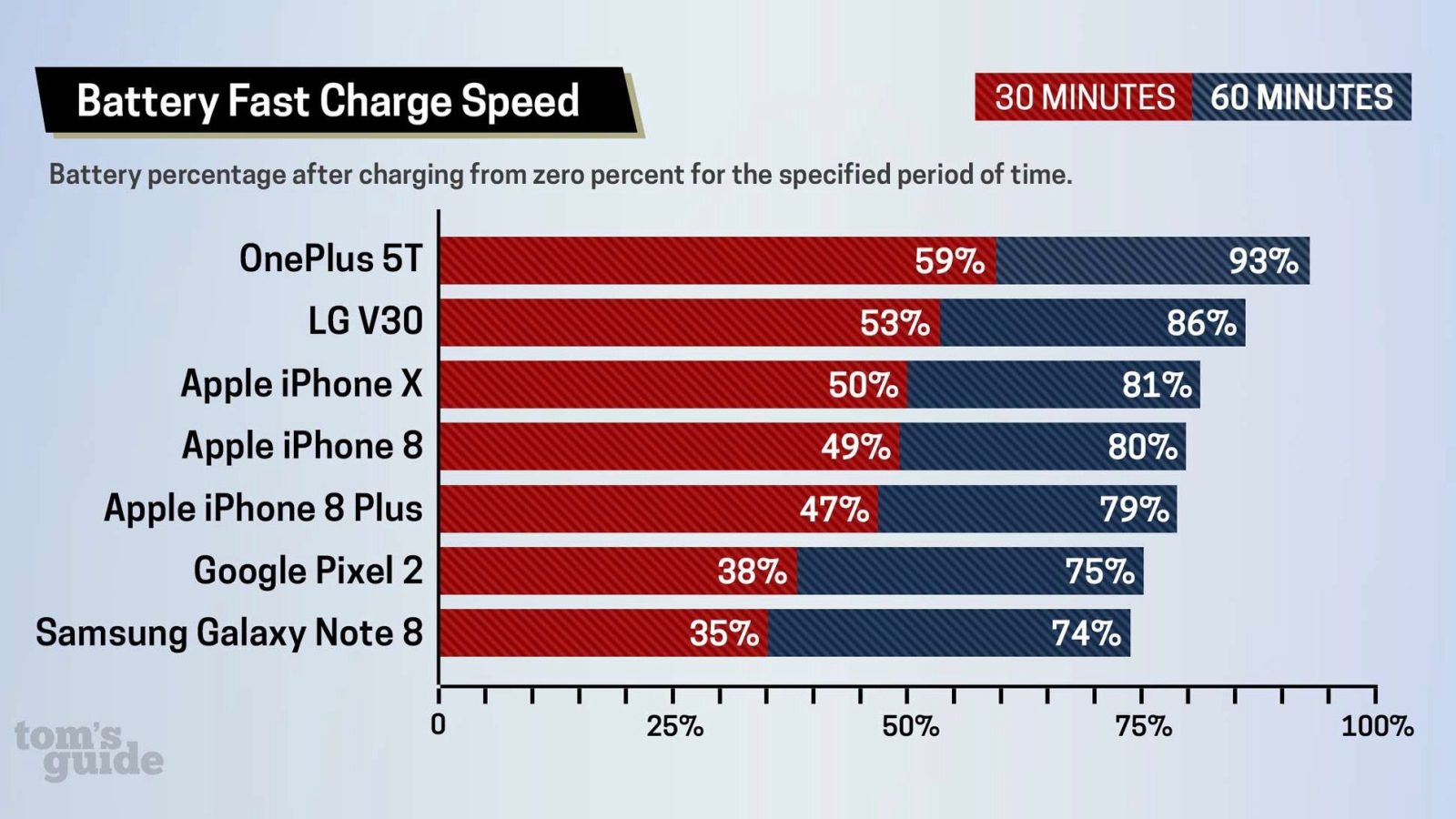 The testing was done using included fast charging accessories with the OnePlus 5T, LG V30, Google Pixel 2, and Galaxy Note 8. For the iPhone X and iPhone, Tom’s Guide used Apple’s 29-watt wall adapter and a USB-C to Lightning cable. In terms of support out of the box, the Android flagships already have a clear leg up.

Firstly, the devices were tested in 30 minutes of charge time. The OnePlus 5T led the way, reaching 59 percent in half an hour. In second was the LG V30 at 53 percent. The iPhone X, iPhone 8, and iPhone X then rounded out the top five with 50 percent, 49 percent, and 47 percent, respectively.

What’s notable here is that the latest iPhones all perform slower than computing flagship Android phones, even though you have to spend extra to get the fast charging capabilities in the first place. While the difference may be marginal to some people, it does show the work Apple has to do in order to compete with other Android devices in fast charging.

Are you a fan of USB-C fast charging with the iPhone 8 and iPhone X? Or do you stick with traditional charging or wireless charging? Let us know down in the comments.