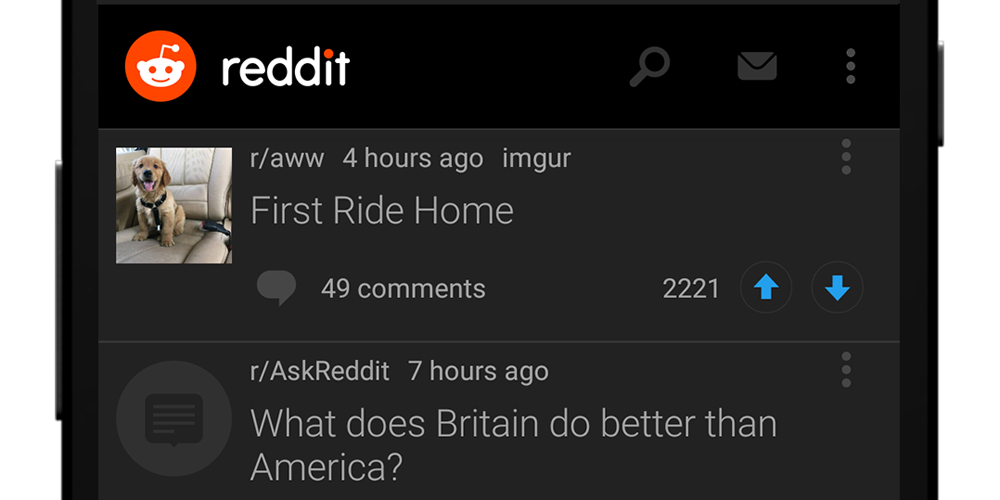 Reddit not too long ago purchased the popular Alien Blue third-party mobile client to make it its own. Now the company is looking into native promoted post ads as mobile becomes the most popular way to browse Reddit.

Marketing Land reports that Reddit is now seeing over 330 million monthly active users on its mobile apps, which makes up 41% of overall Reddit usage.

In-app promoted posts will blend right into the Reddit experience, with the ability to up/down vote, comment, and more. Comments are a huge deal, as users were not able to comment on mobile ads before.

Native promoted posts will launch and be launching on Android in the coming weeks, and will be available on iOS starting Monday, March 19.

Are you still using the first-party Reddit client? Or have you moved on to a third-party client? Let us know in the comments below!