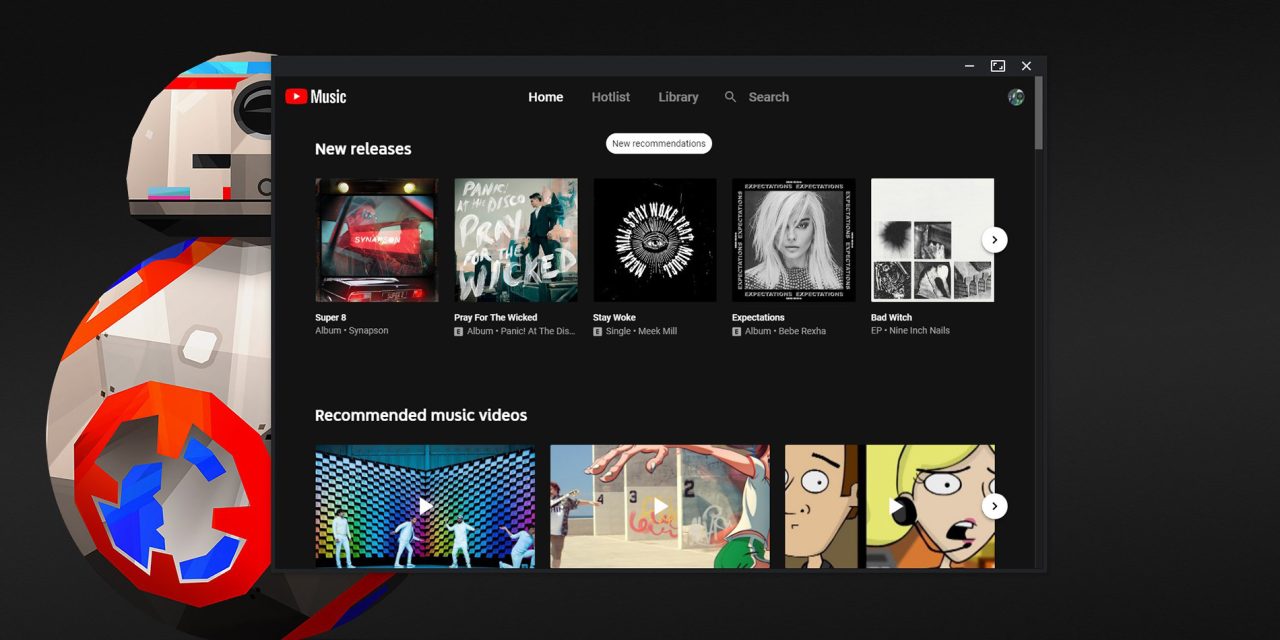 Developer Samuel Attard debuted an unofficial desktop application for Google Play Music a while back (called “Google Play Music Desktop Player), and in the time since its launch, the app has picked up over 3,000,000 downloads. The open source app has evolved over the years with Play Music itself, but now that Google is getting ready to shift all focus to YouTube Music, the app needed an update.

With the 4.6.0 update released just yesterday, Attard has already implemented early functionality for YouTube Music within the app. Just like with Play Music, this native client runs the web client with native OS controls for play/pause, skipping tracks, and even certain tools like thumbs up/down ratings and more.

On Windows 10, the client works brilliantly for me so far. I’m generally a Spotify user, but after a quick download I had the app up and running and it was working immediately with my keyboard’s media controls. By default, the app still runs Play Music, but you can swap to YouTube Music by using the app’s taskbar icon.

We’ve also briefly tested the app on macOS, and it seems to work just as well when it comes to playback controls and overall functionality. Unfortunately, we couldn’t spot the option to change from Google Play Music to YouTube Music. As for Linux, we’ll update the article shortly with testing there.

The app is available for download on Windows, macOS, and Linux through the developer’s website for free. You’ll need to download the latest version, 4.6.0, to try out the YouTube Music functionality as well. To ensure the best results, it’s important to switch over to the dark theme to avoid any UI issues.

One of my biggest complaints about Google’s strategy with music is the lack of native apps on desktop. While web clients are (mostly) fine for Chromebooks, users who stream on a desktop computer or even a laptop want proper controls. It’s one major aspect that’s kept me a Spotify user for a long time. This app certainly seems to fill the gap for millions of users. Now, the “Google Play Music Desktop Player” just needs a new name… Help out the developer and drop a comment below or on Reddit with your ideas!