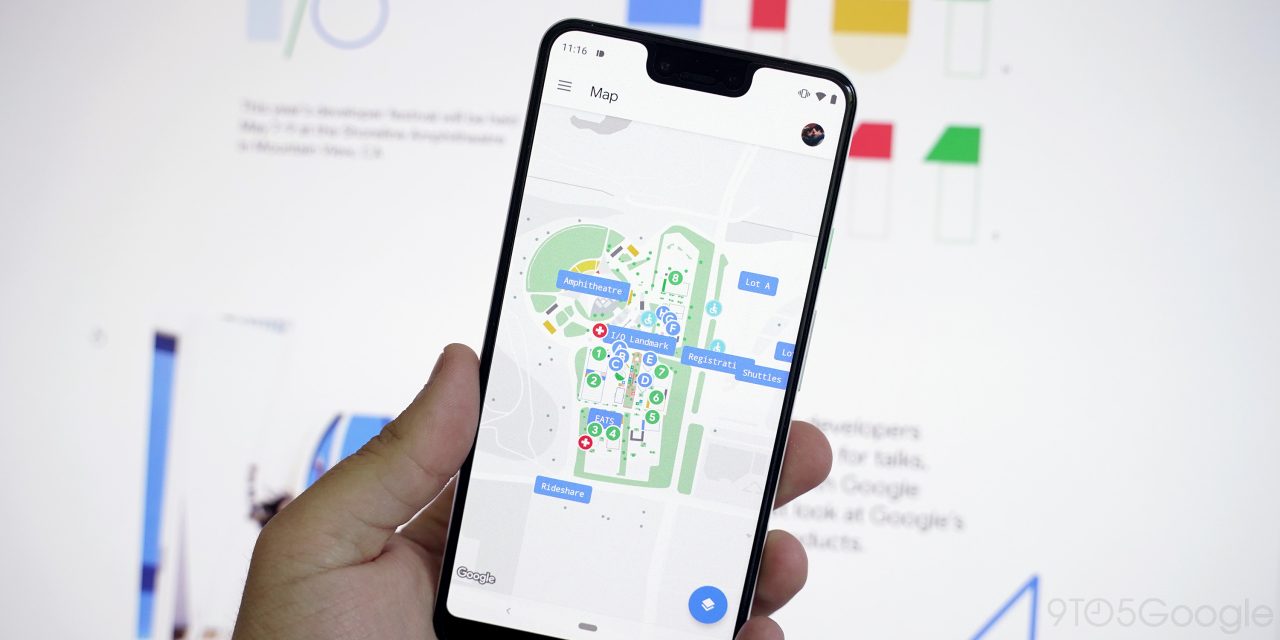 This yearly example gives Android developers a chance to explore best practices and the latest technologies on an app used by thousands of conference-goers.

Featuring “Android Q out of the box,” Google I/O 2019 was one of the first apps to “support fully the gestural navigation.” This involves extending content to draw edge-to-edge and handling app gesture conflicts. The app is also sometimes used as an example during sessions, with Google this year demonstrating the dark theme.

Check out the Google I/O talk about Dark Theme & Gesture Navigation for more details or the series of commits (1, 2, 3) in the Google I/O 2019 app repository for how we achieved implementing the dark theme in a real app.

Google also details how it changed the schedule screen to improve a UI slowdown last year on low-end devices.

The new schedule UI is a single stream, allowing the app to render only visible content and users to easily jump to another conference day by choosing a day at the top of the UI. Check out the series of commits (1, 2) for how we revamped the schedule UI.

Other improvements include adopting a navigation component and implementing Full Text Search with Room. There’s also a new Home and Codelab UI, with Google this year using “Firebase Remote Config to toggle the visibility of each feature by updating the boolean values in the Remote Config without updating the app.”

The I/O 2019 source code is available on GitHub, with Google taking questions or issues.