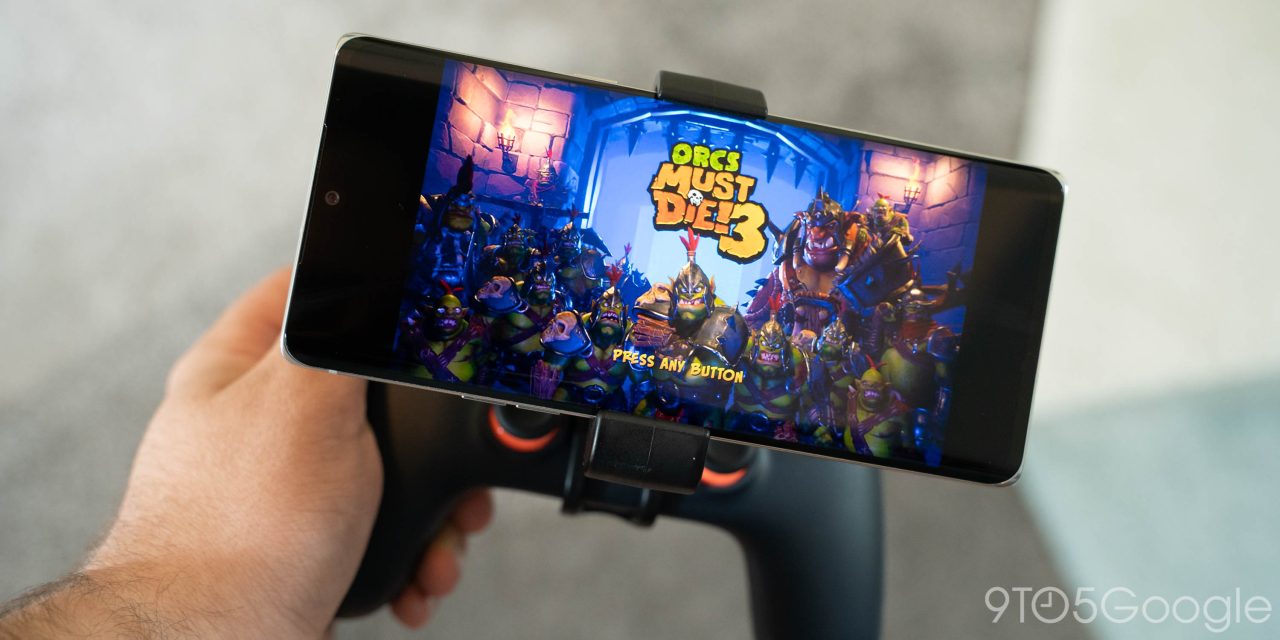 Since launch last year, Stadia has been limited to Wi-Fi networks given the high data usage from steaming games via the cloud. Google today announced a new Stadia experiment that lets you play games on mobile devices over 4G and 5G cellular networks.

We’ve been tracking this feature for the past several weeks. As a Stadia experiment, you have to manually enable this feature in settings. It joins an existing option to play on non-Pixel, Samsung, Asus, Razer, and OnePlus devices.

Try games on Stadia using 4G and 5G with a new Stadia Experiment launching July 28. If you’d like to be part of this Experiment, you can opt in to cellular play by opening the Stadia app on an Android phone, clicking on your avatar in the top right corner, selecting Experiments, and then choosing Use Mobile Data.

As of Tuesday afternoon, the option is rolling out and appearing in the Experiments menu. Some users are encountering a purple bubbles over the Wi-Fi icon on the Home tab and a tap prompts them to enable the experiment.

Our previous APK Insight revealed that Stadia would consume 2.7 GB/hour. That is half of 720p at 4.5GB/hour and significantly less than 12.6GB for 1080p. It would roughly translate to 360p streaming quality.

However, Google has yet to officially detail what resolution you’re getting when playing Stadia on 4G and 5G networks, nor what optimizations it is performing.

Out of the gate, Microsoft’s competing xCloud service supported cellular gameplay. Meanwhile, Stadia users easily got around the Wi-Fi restriction by creating a mobile hotspot and connecting another phone or laptop. This new Stadia experiment means you no longer have to jump through so many hoops.

When playing over cellular from your phone, the Stadia Controller cannot be used wirelessly since it needs to be on the same Wi-Fi network as your device. Users are left with the onscreen virtual controls, wired, or Bluetooth accessories.