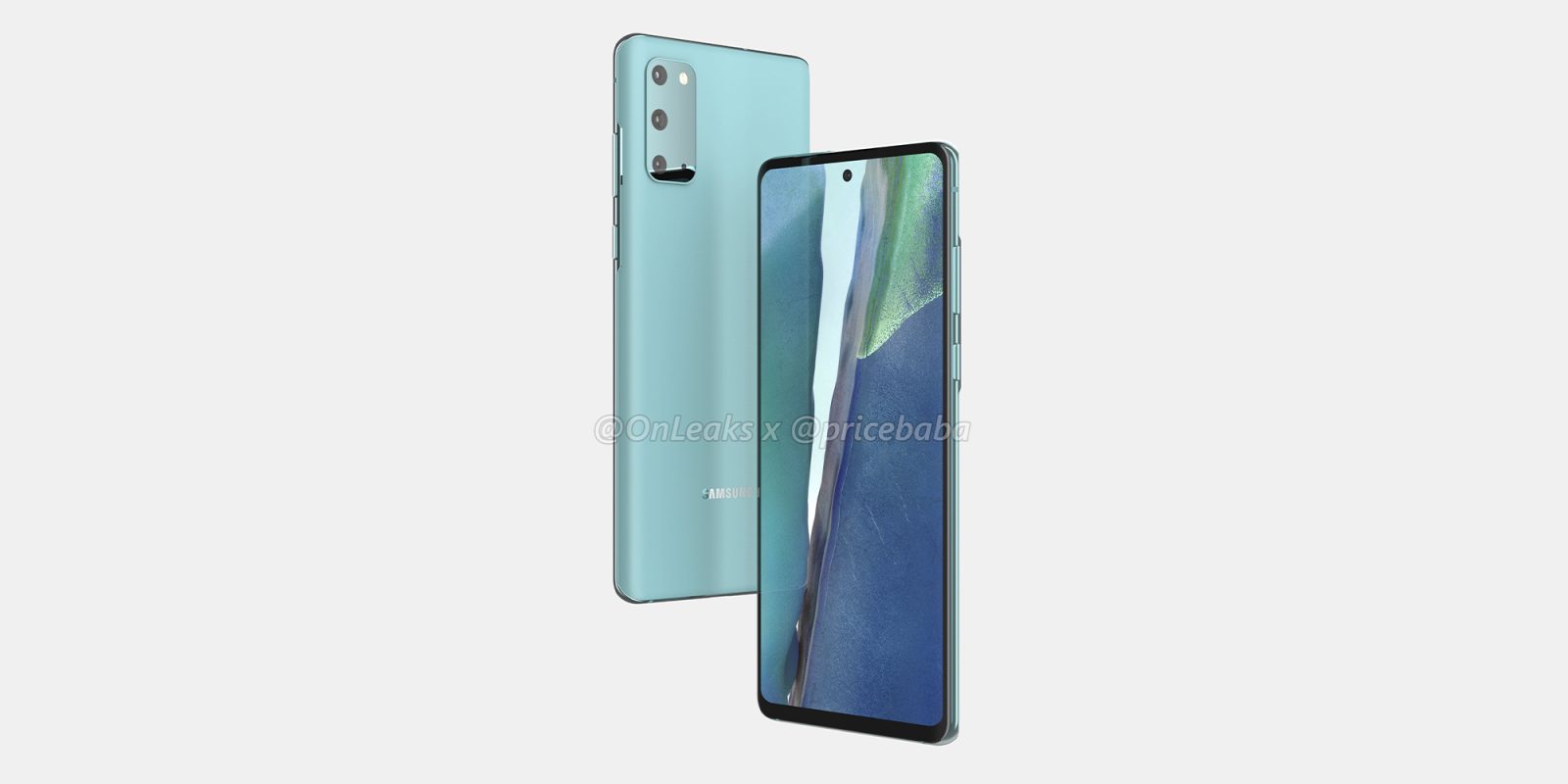 The Galaxy Note 20 series might have just launched but that doesn’t mean the S20 series is done as renders of the upcoming Galaxy 20 FE have now been shared online.

A collection of Galaxy S20 FE — which stands for Fan Edition — renders were shared by the notorious leakster @OnLeaks AKA Steve Hemmerstoffer in collaboration with Indian site PriceBaba. The naming might seem a little odd, as last year we saw a cut-price Galaxy S10 appear under the “Lite” moniker. This upcoming device is effectively the Galaxy S20 Lite under a new name.

This time around it seems that Samsung is intent on referring to this device as a “Fan Edition,” which is very strange given that the sales of the Galaxy S20 series were not all that impressive. As for the design, it looks more or less as you’d expect a cheaper version of the flagship line would.

It will measure between 6.4 and 6.5-inches with a central punch-hole notch being prominent on what appears to be a flat display this time around. The bezels are not quite as slimline as its more expensive sibling, with a sizeable chin. The glass sandwich design might also rely heavily on plastic to help keep costs down.

We’d expect a slight divergence in the internals globally due to the Exynos vs. Snapdragon situation but early indications suggest that the Galaxy S20 FE will come with the Snapdragon 865 chipset, at least 6GB or 8GB of RAM, and 128GB of internal storage.

The Galaxy S20 FE renders showcase a triple camera rear setup, which is a mystery at this stage but will likely consist of wide, telephoto, and ultra-wide lenses. It looks as though no physical fingerprint scanner is present, which hints at an under-display option, while there is no room for a headphone jack.

As you can see from the renders, the Galaxy S20 FE pays fine homage to the standard S20 model. It could even make a more sensible purchase than the smallest of the early-2020 flagship Galaxy S series hardware thanks to a lower entry price. Pricing is hinted to start at around $750 with a late-October 2020 launch date also expected. If a 4G-only model is released that price might drop even further still.