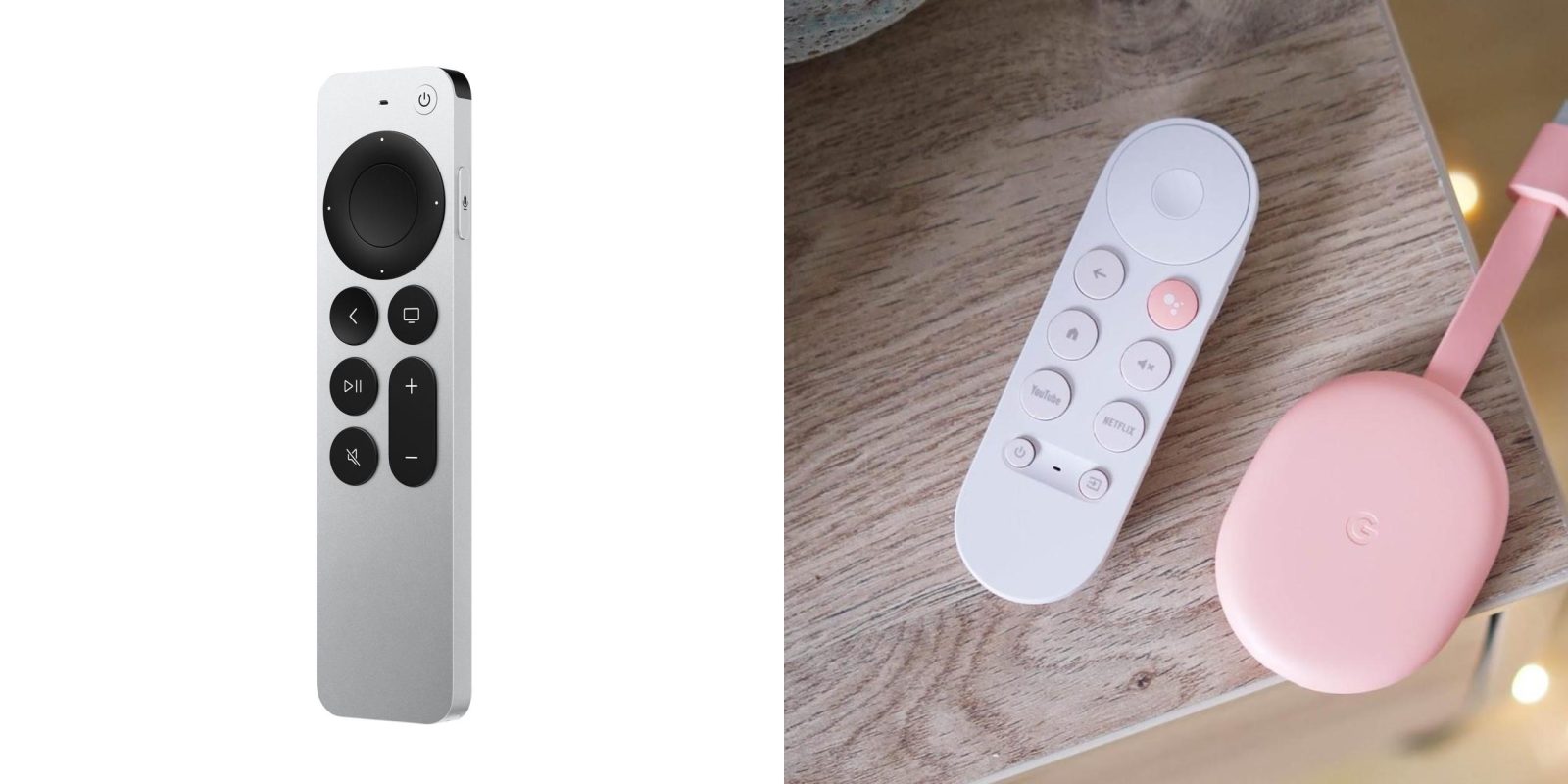 Apple’s Spring Loaded event this morning saw a number of product and service unveils. On the television and media front, the Apple TV 4K was revamped, but the real highlight was a new Siri Remote that addresses how frustrating the original is to use. That $59 remote can be purchased separately for older Apple TV models, and it’s somehow more expensive than the Chromecast with Google TV.

It has a standard D-pad, which the Siri Remote just added, and a handful of buttons. The one for Assistant to activate the built-in microphone for voice commands is located just underneath compared to on the side of the Apple offering. Google’s places the volume rocker there, while there’s also a fast mute shortcut. In addition to TV power on/off, Google offers a dedicated button to switch input. Besides back and home navigation controls, Google has YouTube and Netflix shortcuts.

Apple’s new $59 offering does have the advantage of being taller and made of metal, while offering a nifty “circular gesture on the outer ring.” It is rechargeable via Lightning rather than being reliant on AAA batteries. Otherwise, they share the same microphone and IR transmitter as the Chromecast remote, while being $40 more expensive, with that same price gap to the regular Apple TV controller.

From a pure value standpoint, it’s somewhat ridiculous that you can get a whole Chromecast (or another streaming device from Amazon and Roku) for the price of a remote that many are welcoming for improving the core experience of using the Apple TV. The previous touchpad was very easy to trigger — making video scrubbing difficult, while the uniform shape made it hard to know which side is up.

The barrier to switching is lower than ever as those in the Apple ecosystem can watch new original content and access their iTunes library purchases on the $49 Chromecast with the recently-launched Apple TV app. For a time, it seemed that Apple’s home entertainment strategy was just to release Apple TV apps for various platforms rather than focus on hardware.