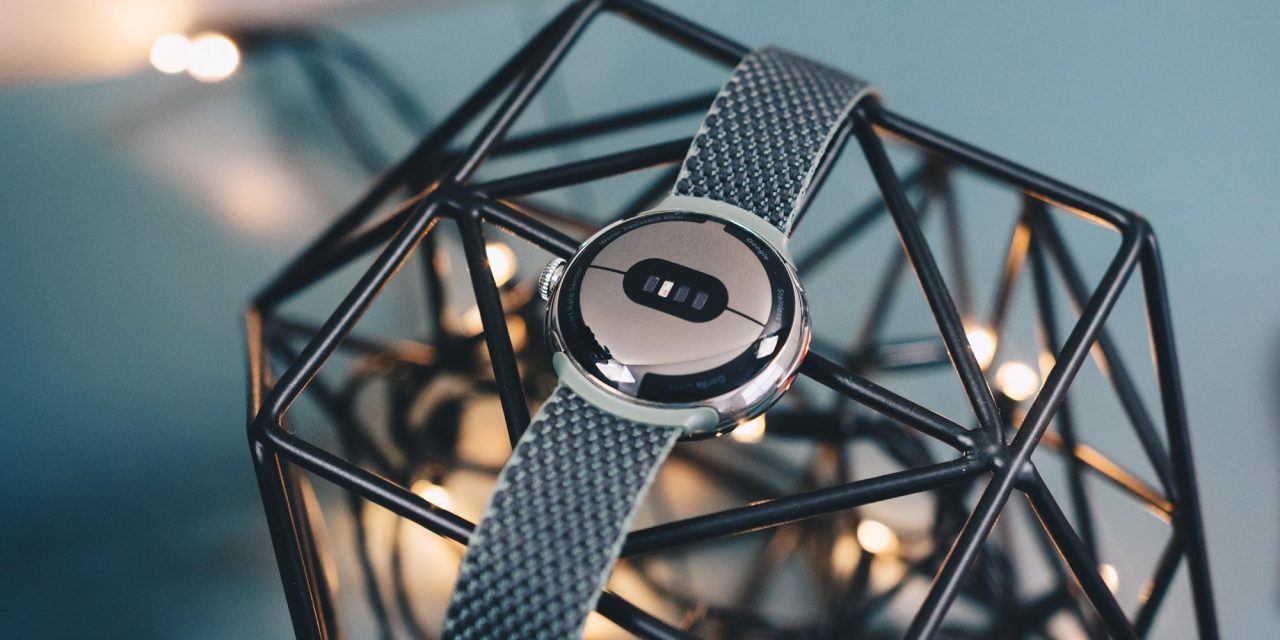 Google’s Pixel Watch is a smartwatch that houses a slew of health features powered by Fitbit. With that, the Pixel Watch has a lot of sensors packed into the 41mm frame, such as a heart rate, ECG, and even a blood oxygen sensor – though the last one isn’t enabled. Here’s a list of each one and what they do for you.

The Pixel Watch is an interesting product because it’s a Wear OS device but natively integrates Fitbit health tracking. Fitbit is a separate company – owned by Google – that has a vast line of health trackers and fitness wearables. Those wearables are regarded as great products that track vitals and well-being statistics very well.

Though the line is nice, none of Fitbit’s devices run Wear OS, which leaves out a key part of Android integration that you see with Samsung’s Galaxy Watch 5 or something similar. The Pixel Watch, however, integrates perfectly with the Pixel phone series as well as other Android devices, while also packing a suite of health-tracking features designed and tuned by Fitbit.

With that, the Pixel watch packs a total of eight different sensors, with just four tracking your vitals. The rest are for general watch use, though they pull their weight.

Health sensors on the Pixel Watch

There are four main health sensors on the Pixel Watch. Three help gather data related to your heart rate, sleep quality and time, and your step count. Beyond that, Fitbit crunches the numbers to determine in-depth information such as your stress levels and how many calories you’ve burned throughout the day.

The optical heart rate sensor might be the most self-explanatory sensor on this Pixel Watch. Using powerful sensors, the optical lens captures minuscule movements in your skin to determine when your heart is pushing blood through your veins.

That little green light that shines in your Pixel Watch is the heart rate sensor doing its job. Since blood absorbs green, the pulsing green light helps the sensor determine blood flow.

That data is collected once every second by your Pixel Watch, and there’s no way to turn it off. Whenever you wear the watch, you’re getting accurate readings of your heartbeat throughout the day. The data collected is then compiled for you to view your patterns and heart rate extremes.

The Pixel Watch has the ability to collect ECG – electrocardiogram – readings. Those readings determine whether or not you seem to have an AFib – atrial fibrillation – heartbeat. In essence, that means your heart rate is irregular and could point to signs of other health issues.

Note: The ECG feature on the Pixel Watch is only available in certain regions. Learn more from Fitbit.

An accelerometer is just a fancy pedometer in that it calculates the number of steps you take and checks them with your acceleration. Using those estimates, an accelerometer can determine how many steps you’re actually taking given how fast you’re moving.

While still not 100% accurate, the Pixel Watch does a good job of estimating your steps to give you a pretty accurate readout of your activity.

The Pixel Watch is also fitted with a blood oxygen sensor, which calculates the oxygen saturation in your blood. This sensor also uses lights to determine how much saturated and unsaturated blood is in your veins and arteries. Whatever the photodiodes in your Pixel Watch read will give you a better idea of how much oxygen is in your blood.

Unfortunately, the blood oxygen sensor in the Pixel Watch is inactive at this time. While the sensor has a place on the watch, Google hasn’t made any statements as to when and where this feature would be unlocked for use. While it would be incredibly useful, it just sits inactive on the Pixel Watch for now.

The Pixel Watch has four other sensors besides the one listed already. Those four sensors help with the function of the watch as well as provide additional environmental data for you.

The compass might be the most straightforward sensor, as it detects whether or not you’re on the right path and heading the right way. Unfortunately, the Pixel Watch doesn’t have a stock compass app, much like the Appl Watch. Rather, the Pixel Watch uses the compass in Google Maps.

Google Maps on the Pixel Watch gives you a nice written view, as well as a top-down live view of your position on the map. Pointing the top of your watch in any direction will reflect on the map, showing you the correct direction.

While there’s no app that shows you an outright reading of your elevation, the altimeter is used to determine how many flights of stairs you’ve climbed that day.

Much like in a phone, the Pixel Watch’s gyroscope determines the physical orientation of the device. One main area this is used in is with tilt-to-wake on your device. If the feature is enabled, lifting the watch toward your face will usually wake the device. The gyroscope senses that movement and orientation and brightens the display so you can read notifications and the watch face.

Lastly, the ambient light sensor does exactly what it sounds like – it senses light. This is generally used when your Pixel Watch has the auto brightness feature enabled, allowing the watch to determine how many nits of brightness out of 1,000 it should use.

In very bright situations, there’s an extra setting that peaks the brightness so you can see in the brightest conditions.

Overall, the Pixel Watch has an abundance of sensors that not only help it track general environmental data but gives you a clear understanding of your health with the help of the Fitbit app. Of course, we’re hoping Google enables the blood oxygen sensor soon so that the Pixel Watch can reach further potential. Even so, the suite of sensors on the wearable is a good start.

More on the Pixel Watch: